In Airbnb era, does it make financial sense to give running a B&B a go?

Most of us, at one point or another, have considered embarking on a whole new lifestyle. And, in weather like this, nothing looks more appealing than a spell working from home or changing tack and running your own show.

It’s especially tempting when the scenic B&B in that charming village where you spent the bank holiday comes on the market.

But, in these days of cheap flights and even cheaper Airbnb rentals – does it make financial sense to give running a B&B a go? 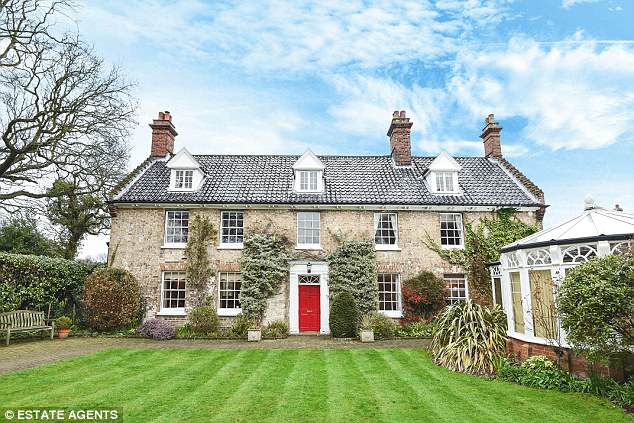 Promising: Incleborough House in Norfolk, is set up for guests (£2.15m, struttandparker.com)

The first point to bear in mind is that things have moved on significantly. Whereas in the Sixties, a sink in the bedroom was considered a luxury, the winner of 2017’s Britain’s B&B of the Year offered a heli-pad for guests.

But the future for these businesses looks promising. Bookings for this summer are up 10 per cent year on year – and 25,000 premises contribute more than £2billion to the UK economy.

‘Today’s B&Bs can tap into global online demand as only major hotels could do in the past,’ says Ian Hardwick, the development director with online booking specialists eviivo.

‘Sensible owners ensure their places are listed on the best travel websites and have a site of their own through which visitors can make bookings. They get involved in awards and manage their online presence carefully.’ Where to buy is obviously a conundrum. Buyers must put away romantic notions and think practically.

Are there sufficient rooms to make a living? Is the letting season long enough? Kerry Bottomley saw the potential of her B&B, Evesham Lodge, in the village of Bricklehampton near Pershore, Worcestershire, even though it’s off the main tourist drag.

‘We are well placed for many other places,’ says Kerry, 50, who is moving with husband Andrew, 60, to a larger B&B.

‘We are roughly in the middle of Britain so holiday- makers from the north often break their journeys with us. We are also close to Cheltenham for the festivals, as well as Malvern for the Christmas market.

‘We have an eight-month busy season — starting with Cheltenham Gold Cup week — and in that period we do 80 per cent of our business.’

Evesham Lodge, which stands in more than an acre of gardens and grounds, is on the market for £695,000, struttand parker.com.

There are downsides to running your home as a B&B. The business ties at least one member of the family to the house virtually all day, welcoming guests and taking phone bookings. There is also a lot of admin to come to terms with, such as fire regulations, organising expensive buildings, contents and public liability insurance and making sure there is a PPL and PRS music licence for all the televisions in the bedrooms.

‘It takes a certain type of person to open their house to paying guests,’ says David Weston, head of the Bed and Breakfast Association. ‘They must be sufficiently house proud to maintain high standards of cleanliness, but sufficiently relaxed to make guests feel at home.’

Details matter. ‘Give your guests the things that a budget, chain hotel cannot,’ says Hardwick.

Make a feature of being local. Offer homemade cake and sandwiches on arrival. Advise your guests on the best cafes and pubs to use and which ones to avoid. Tell them snippets of interesting local history.’

The April heatwave led to 5.7 per cent more seaside B&B bookings for the May Bank holiday compared to 2017

Jen Patrick, 56, whose husband, Howard, 61, farms their 189 acres of land, built up her B&B business at East Hook Farmhouse, Haverfordwest, Pembrokeshire, from nothing in 1997.

Her 11-bedroom Georgian house, with just a single bathroom hadn’t traded for 20 years.

Jen, 56, renovated throughout, changing the first floor into four bedrooms, all with en-suites for paying guests and using the top floor for her own family.

By 2003, she was turning away £15,000 of business a year so she expanded, creating three new bedrooms and using the other half as a one-bedroom cottage.

Now she’s planning to downsize to a smaller B&B in Herefordshire to be nearer family.

‘Our guests have been great and I get such a sense of pride from showing off this beautiful place.

‘The people make all the work worthwhile,’ she adds. ‘It’s immensely satisfying to see guests leaving us looking so much healthier and happier than when they arrived.’

On the market… ready for business KENT: On the edge of the Kent Downs near Faversham is Grade II-listed, 17th century Forge House. It has four bedrooms, three en-suite, and has been a B&B for many years. The garden contains asparagus and berry plants. £625,000, colebrooksturrock.com 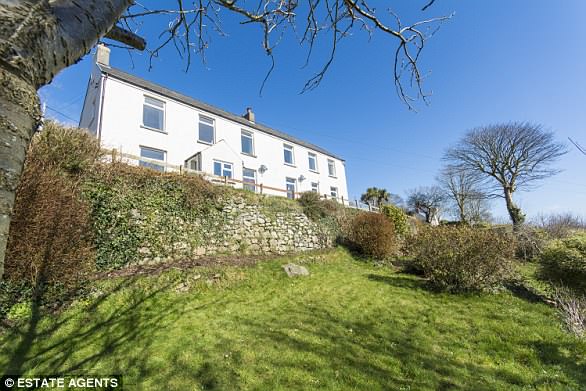 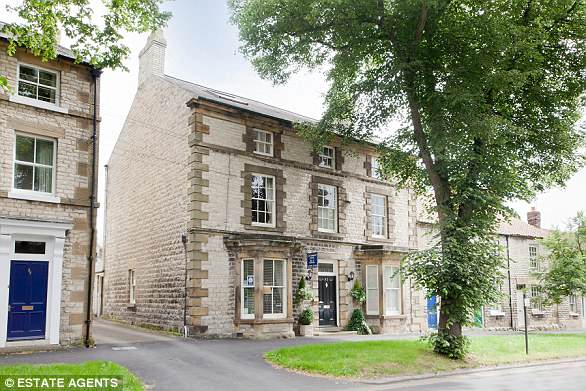 NORTH YORKSHIRE: Cawthorne House in Pickering is a Grade IIlisted guesthouse with eight bedrooms, six ensuite. The market town is close to the North York Moors and the coastal resorts of Scarborough and Whitby. £550,000, peterillingworth.co.uk