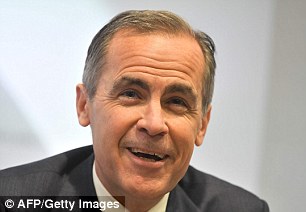 Bank of England governor Mark Carney was paid almost £900,000 in the year to February.

The governor has not taken a pay rise since his appointment in 2013.

He is due to stand down next year – two years short of the eight that governors usually serve.

One of the leading candidates to succeed him is Andrew Bailey, head of the FCA.