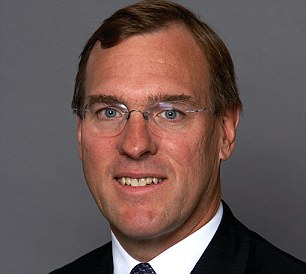 Richard Gnodde earned a £1.3million base salary, a £5.7million fixed allowance in cash and shares and a £6.3million bonus payout.

It makes him almost as well paid as Goldman’s chief executive Lloyd Blankfein, who picked up £16.9million.

Gnodde runs Goldman’s European head office in the City and is responsible for its operations on the Continent.

Gnodde, a married rugby fan, is thought to be worth at least £135million.