Revenue forecasts from Facebook that alarmed investors, fueling the worst day ever for its shares on Thursday, add to the pressure on its Instagram unit to win over more of the ad buyers that have long found success on the company’s flagship app.

Investors have been counting on revenue from Instagram to overcome stalling usage of Facebook’s core app. 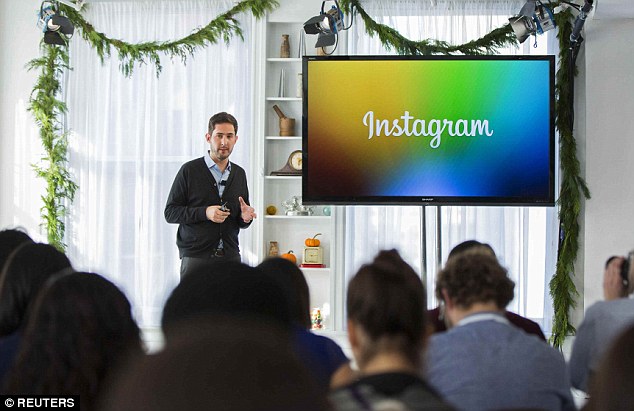 Facebook shares remained steady at the start of trading on Friday, as the company looks to recover from Thursday’s spectacular losses.

The social media giant suffered  the worst day’s losses ever experienced by a company on Wall Street Thursday, with shares plunging 19 percent, wiping $119 billion off the company’s value.

Facebook’s shares plunged $41.24 to $176.26 after it failed to meet Wall Street’s estimates for user growth and quarterly revenue.

The Facebook founder’s net worth is now valued at $74 billion, dropping him to the fifth richest person in the world.

But the gap it has to fill has widened sooner than expected.

Instagram users are not accustomed to clicking on links in posts, which makes the service less effective at generating online purchases than Facebook, said Erik Huberman, founder of the ad buying agency Hawke Media.

Data about viewership of ads is lacking in comparison to Facebook, he added.

‘There are fundamental issues with the platform…which means any type of modern marketer would be hesitant to increase spend on Instagram,’ Huberman said.

Others have been stymied by the higher bar for eye-catching content on Instagram and a general unease among advertisers about a newer service, the ad buyers said.

As Instagram has shown more ads, the average price per ad across Facebook’s entire family of apps has declined in two straight quarters after a year of upswing. A new privacy law in Europe also has affected prices.

The latest results prompted Stifel, Nicolaus &amp; Co analyst Scott Devitt to lower an Instagram revenue estimate for 2019 to $13 billion from $l4.64 billion, with lowered expectations for prices and views.

Company executives have reason for optimism.

Mark Zuckerberg’s fortune also took a $16 billion hit in the first five minutes of trading on Thursday as shares in his social media company plunged 19 percent to $175.30 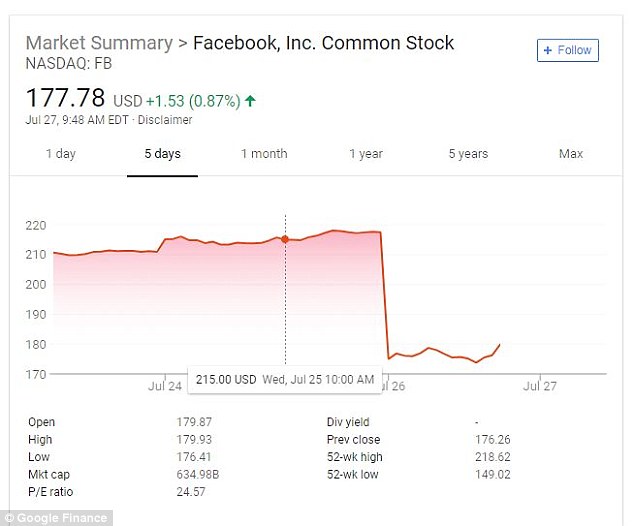 After a disastrous Thursday, Facebook’s shares showed a slight rise on Friday

The average price for an ad seen 1,000 times was $4.70 on Instagram during the second quarter, rising twice as fast as standard Facebook ads compared with the prior quarter, according to data tracked by marketing software firm Kenshoo.

Instagram has worked for advertisers seeking name recognition or posting attractive video content, such as movie trailers, said Mark Smith of the ad buying agency True Interactive, which spends $25 million annually on Facebook and Instagram for clients including Redbox and Montage Hotels.

Earlier this year, Instagram introduced options that automatically formats advertisers’ videos and let them have multiple photos in an ad. But companies still must have higher-quality content than on Facebook to get noticed, Costello said.

Tom Buontempo, president of ad agency Attention, said a first step is getting more companies to open free Instagram accounts, which is needed to advertise.

‘Surprisingly, there are still quite a few advertisers who haven´t leveraged the potential of Instagram´s ad products,’ he said.