Insurance tycoon Sir Peter Wood looks set for a £360million payday from the sale of Esure to US private equity suitors for nearly £1.2billion.

The company, which was set up by Wood in 2000 and owns the Sheilas’ Wheels brand, is in talks about a possible takeover by Bain Capital worth 280p a share. 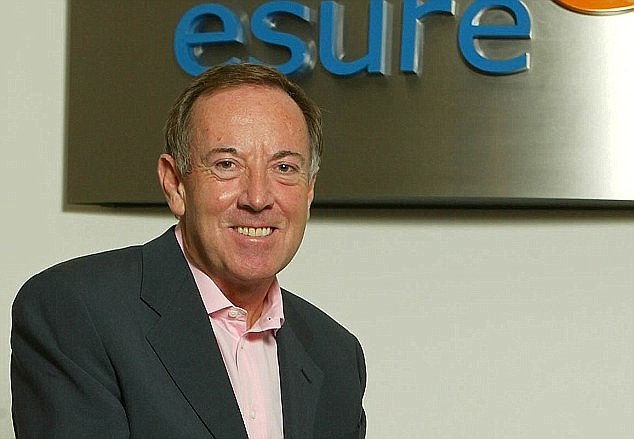 Insurance tycoon Sir Peter Wood looks set for a £360million payday from the sale of Esure to US private equity suitors for nearly £1.2billion

The offer also values the shares held by Martin Hughes, the hedge fund boss known as ‘The Rottweiler’, at £200million. Through his firm Toscafund, Hughes is the second-biggest shareholder in Esure behind Wood with a 17.05 per cent stake.

Shares in Esure, which competes with rivals such as Aviva, Hastings and Admiral in the UK car insurance market, jumped 31 per cent, or 63.2p, to 267.2p on news of the takeover talks. But that is still some way below the peak of almost 300p reached last summer.

The company provides insurance products to more than two million drivers, homeowners, pet owners and holidaymakers across the UK.

A sale would represent just the latest payday for Wood, who says one of his best assets is ‘a degree in common sense’. A keen cyclist, golfer and tennis player, he is chairman of Esure and is credited with turning the British insurance industry on its head with the launch of Direct Line in 1985. That saw him cut out the middleman – the insurance broker – and sell car insurance directly to customers by phone. 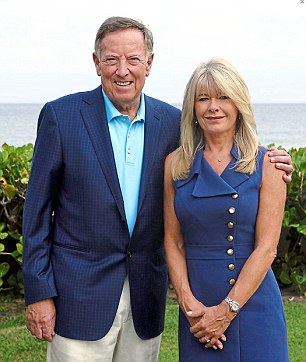 The serial entrepreneur, who owns houses around the world, splitting his time between Palm Beach in Florida and a mansion on a private golf course in Surrey, is thought to have amassed a fortune of around £800million.

Wood made £198million when Esure listed on the stock market in 2013 and is chairman of price comparison website Go Compare, where he holds a 25.64 per cent stake worth £129million.

Go Compare was spun out of Esure in 2016. The talks with Bain Capital follow months of speculation that Wood was looking to sell his stake in Esure, possibly through a merger with a US rival.

Under takeover rules, Bain has until September 10 to table a firm offer.

Esure is also searching for a chief executive after Stuart Vann stepped down in January, having been at the insurer’s helm since 2012. The abrupt move left Wood taking a more active role in the business.

In a clear sign that Wood and his fellow directors would accept a 280p a share offer, the company said: ‘The board of Esure has indicated to Bain Capital that it would be minded to recommend a firm offer if made by Bain at the price set out in the proposal.’