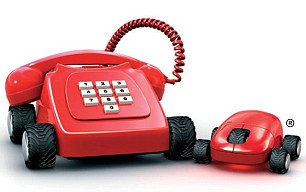 Fees bonanza: Direct Line says it is raking in more than £2m a week from customers who pay for their cover monthly

Insurer Direct Line is raking in more than £2million a week from customers who pay for their cover in monthly instalments.

The firm pocketed £59.1million from customers who pay monthly, rather than annually, in the first half of 2018.

When a customer cannot pay up front, Direct Line and competitors effectively charge interest on their premium as if giving them a loan, often at sky-high rates.

Critics argue it penalises hard-up drivers such as young people without much money in the bank, who are already hit with huge premiums.

But the firms argue that they are being transparent about the fees and charge less than if a customer paid with a credit card.

Direct Line is earning increasingly high profits from the practice, with so-called instalment income up from £55.8million in the same period last year.

The company also picked up £8.4million from a deal with car dealers to find replacement cars for customers whose vehicles were written off.

It earned another £5.8million from selling vehicle recovery and repair services, and £5.8million more from flogging enhanced legal protection to policyholders.

Overall, profits at the insurer fell 13.9 per cent to £293.8million – largely because of a jump in weather-related claims to £75million following the Beast from the East snowstorms in the spring and the summer heatwave.

Chief executive Paul Geddes said that the high temperatures have caused more crashes because more drivers were taking their cars out for a spin.

He said: ‘We’ve seen accident frequency go up because the weather has been nice and people wanted to go out.’

Geddes added that the company’s Green Flag vehicle recovery arm has seen a rise in heat-related call-outs, with a spate of cars running out of coolant and overheated engines.

The business has been challenging the AA with a series of aggressive adverts which highlight that it can offer the same services at half the price.

Green Flag now has 846,000 customers and is focused on rapid growth.

Direct Line is also pushing a new business insurance operation which allows companies to sign up for cover in a few minutes online.

After testing it with the hair and beauty and bed and breakfast industries, the insurer has now expanded the product to cover more than 50 trades from toy making to tattooing.

Geddes, meanwhile, has announced he will step down as chief executive in 2019.

The 49-year-old boss is thought likely to seek another major role elsewhere and said that he has decided it is time for a change after a decade in charge of the firm.

Direct Line is paying an interim dividend of 7p per share, up 2.9 per cent.