Shares in insurance firm Esure jumped by nearly a third after today after it revealed it is in talks on a possible £1.2billion takeover by private equity firm Bain Capital.

Bain is set to  offer 280p per share, a 37 per cent premium on the closing share price of 204p on August 10. The company said it would ‘be minded to recommend a firm offer.’

‘The board of Esure notes the recent movement in its share price and confirms that, having received an unsolicited proposal from Bain Capital private equity, it is in the advanced stages of discussing a possible offer for the entire issued and to-be-issued share capital of the company by Bain,’ the company said in a statement. 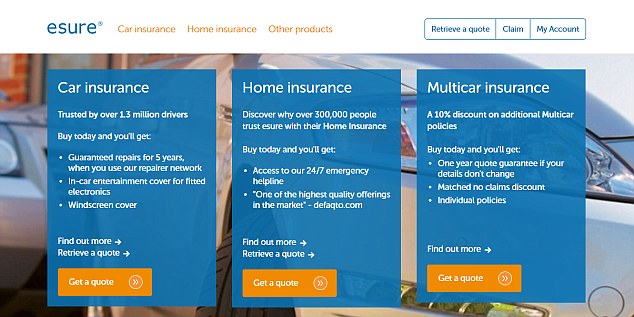 Bain now has until September 10 to announce a firm intention to make an offer or walk away.

The news comes after reports last year that esure’s biggest shareholder Peter Wood was looking to sell his 30.8 percent stake. At the time, a merger with an American insurance group was reported as the most likely route.

Earlier this year, esure said it took an £8million hit linked to extreme weather in March as claims costs in its home division rocketed.

In January, it parted company with boss Stuart Vann, triggering a search for a new chief executive.

Esure, which listed its price comparison website Gocompare.com on the London Stock Exchange in 2016, also faces stiff competition from rivals like Direct Line and Aviva in the car insurance market.

Esure, which is based in Reigate in Surrey, became known for its adverts featuring Michael Winner between 2002 and 2005, resuming again in 2007. The group was first listed on the London Stock Exchange in March 2013 at 212p per share.