Interest slashed on Club Lloyds account, should you ditch it?

Lloyds Bank is slashing the interest it pays Club Lloyds current account customers from two per cent on the first £5,000 to just 1.5 per cent, at the start of next month.

The move, affecting both new and existing customers, will be a blow to those using the incredit interest to earn a rare near inflation-beating rate on their savings pot.

Bank of Scotland, also part of the Lloyds banking group, has made the same interest rate cuts for its Vantage customers.

From Sunday customers of both will earn up to £25 less in interest a year. While not a life changing drop, with earnings of just £75 per year going forward there are a handful of better paying accounts on the market.

So should you switch? 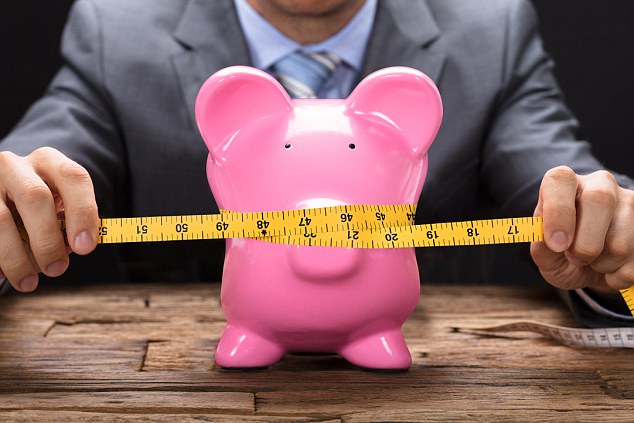 A squeeze on savings: Lloyds and Bank of Scotland customers will see interest drop

What you get from Club Lloyds

The Club Lloyds Account currently pay 2 per cent, from Sunday this will fall to 1.5 per cent. The maximum balance eligible for the interest will remain the same at £5,000.

The account is free if you pay in £1,500 each month, otherwise it will cost you £3 each month.

To earn the interest you must also pay out two separate direct debits each month.

Account holders also get the choice of some extra perks. They can opt for six free cinema tickets, an annual magazine subscription, or annual Gourmet Society membership.

The interest cuts apply to those with the bank’s package bank account too.

Alongside the fall in interest the bank as also upped the monthly fee by £3 per month on the Club Lloyds Platinum deal to £19.

Bank of Scotland, offers a very similar deal to customers who add on its Vantage feature to their account.

The bank will also be cutting the interest rate attached to the account from 2 per cent to 1.5 per cent.

This is Money asked the bank why they had dropped the rate.

A spokesperson for Lloyds Bank said: ‘Our Club Lloyds account continues to recognise customer loyalty through the associated benefits and rates available exclusively to customers. With both an exclusive increased saving rate and an exclusive discounted mortgage rate, credit interest is only one of the considerations of the Club Lloyds account.’

‘We regularly review our accounts, making changes as appropriate.’

Each interest-paying current account on the market comes with a different rate and maximum balance it pays interest on so the top deal for you will depend on how much you can leave in your account untouched.

Would you be better off with cashback?

While interest on your balance will appeal to savers, you can actually make more money in the first year by picking a bank that offers a switching perk, or cashback.

You can check out all of our favourite deals in This is Money’s round up of the best current accounts.

The best incentives currently come from M&S Bank however offering up to £185 in vouchers to switch, First Direct giving away free tech or up to £150 in Expedia vouchers.

Until the end of the month HSBC blows rivals out of the water with its £200 cash deal to switch to its Advance Account and stay for a year.

Unfortunately the rate only last for a year though, after that it pays 1 per cent so you will need to remember to switch away to make the most of your savings. It also offers a fee-free overdraft for the same term.

The account comes with no monthly fee, but you will need to remain in credit and pay in a minimum monthly income of £1,000 to earn the interest.

Tesco Bank pays 3 per cent on the first £3,000, with no rate drops guaranteed until April next year,

In the first year that would earn you £90 in interest. To get this you need to make sure you have three direct debits and pay in £750 or more each month.

There are a couple of other differences however. Firstly it it comes with a £60 annual fee to consider and to counter this is pays up to 3 per cent tiered cashback on your bills.

Keeping a £5,000 balance in there would earn just over £15 in interest after the fee in a year, so to make it beat the Lloyds deal you would need to earn more than £60 per year from its cashback on council tax, water, energy, broadband, TV and phone bills can therefore earn more.

Of course, TSB is also an option – now paying 5 per cent on £1,500. Over a year, that’s worth £75 in interest. But considering the recent history of the bank, some people may be wary.

Is there any point opening a savings account instead?

With expectations that the Bank of England base rate will rise in August to 0.75 per cent savers will be hopeful that rates across the board will finally get a boost.

The drop in current account interest from Lloyds and Bank of Scotland therefore may not sit well, giving them impetus to up sticks and move to a better rate.

Banks are slow to pass on rate rises, and often won’t pass on the full base rate increases at all, but it could mean there are easy access rates in the near future that beat the Lloyds Bank deal.

But are there any savings accounts that beat Lloyds Bank now?

Savings rates are slowly climbing, mostly bolstered by the challenger banks who are the only ones competing for savers cash.

The top easy access rate sits at 1.3 per cent from RCI and Shawbrook Bank. Over the course of a year that earns you around £10 less the Club Lloyds account after the changes.

One-year fixed rate accounts currently pay up to 2.05 per cent (Atom Bank) so savers knowing they won’t need the cash could opt to stick it in there, and earn £103 in interest compared to £75 from Lloyds Bank.

A savings account also has the benefit of paying interest beyond the £5,000 limit attached to the current account.

>Skip to our independent savings tables to compare the top rates