Interserve investigated by FCA over handling of insider information

Troubled outsourcer Interserve said the UK’s financial watchdog has launched a probe into its disclosure of costs associated with the closing down of its energy-from-waste business.

In 2016, the company revealed it was exiting a contract to build incinerators to turn waste into energy – an announcement which sent shares rallying.

At the time, it said it would need around £70million to get out of the incinerator business, but in February last year it raised that figure to around £160million. The news sent shares crashing by as much as 32 per cent.

Today, the group said the FCA was looking into the way Interserve informed the market it was exiting the energy-from-waste business between 2016 and 2017. 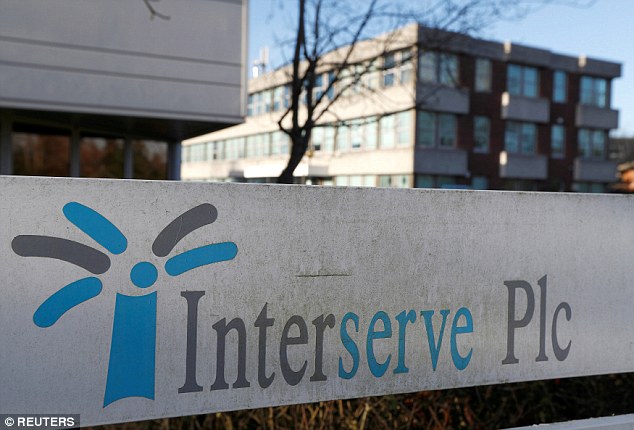 Probe: FCA is looking into Interserve’s disclosure of its exit from energy-from-waste business

It said the investigation was ‘in connection with the company’s handling of inside information and its market disclosures in relation to its exited energy from waste business’ between July 2016 and February 2017.

The announcement sent shares falling more than 5 per cent at one point, although they have since rebounded a little, trading 2.4 per cent lower at 75.15p.

‘The company will co-operate fully with the investigation and will update the market on the outcome in due course,’ Interserve added.

The probe comes after Interserve last month fell deeper into the red and signed a rescue deal with its creditors.

Losses more than doubled to £244.4million in 2017, from a £94.1million loss in 2016.  Meanwhile, the company agreed a £196.6million cash injection and £95million in bonds following talks with its banks, which include HSBC, Lloyds, RBS and Barclays.

Interserve, which is responsible for British military bases in Gibraltar and the Falklands and holds several contracts with local authorities, the London Underground and for Whitehall offices, was hit by disappointing trading in July and August.

In September it issued a profit warning after widening losses from the incinerators’ contract.

Then in October it warned again over profits and a potential breach of its banking covenants as it grappled with escalating staff costs, squeezed margins and a flagging performance from its justice business.

Hedge funds have recently increased their bets against Interserve as they believe its share price will fall even further.

Fears have grown about the financial strength of the company – and that of rivals such as Capita – after the dramatic collapse of construction giant Carillion.

David Madden, market analyst at CMC Markets, said: ‘At the end of last year the company issued a profit warning and there were fears it would break its covenants, and since then the stock has struggled. Today’s announcement about the FCA investigation has eroded investor confidence again.’