The past month has seen the Chequers deal proposal, then David Davis, the Brexit secretary’s resignation, followed closely by Boris Johnson handing in his notice.

Donald Trump weighed into the debate saying Theresa May’s Brexit blueprint ‘will probably kill’ any trade deal between the UK and the US and now the Prime Minister is trying to hold her party to the proposal after two crucial votes.

Markets have, for the most part, taken all of this in their stride, but with more questions than answers about the kind of Brexit that can actually be delivered, investors will be feeling understandably unnerved. 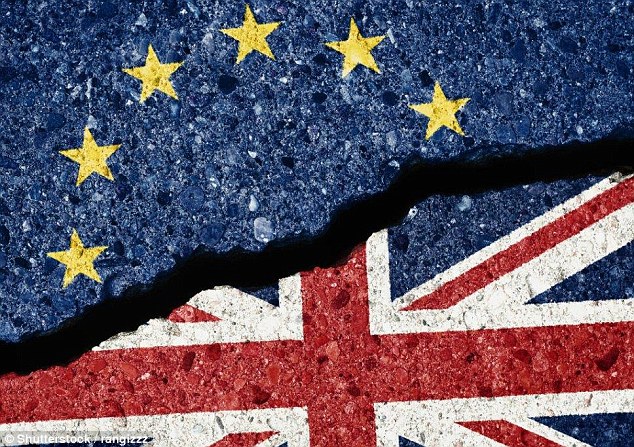 When it comes to valuations, the UK is still in the bargain bin Maike Currie of Fidelity argues

After two years of dithering, the possibility of a ‘soft Brexit’, a ‘no deal exit’ and even ‘no exit’ are all on the cards.

The lack of certainty for both consumers and businesses has hamstrung investment decisions and it’s starting to show up in the numbers.

As The Economist recently put it: ‘Britain’s economy has gone from a leader to a laggard internationally’, with economic growth slowing sharply.

However, on the flipside, unemployment is at record lows low and wage growth is starting to improve.

Moreover, the economy and stock market, as we know, are two very different beasts.

While the pound has been hammered by politics, a weaker currency benefits the FTSE 100 index of companies that make their money overseas.

Moreover, when it comes to valuations, the UK is still in the bargain bin. The challenge, however, is to decide where to invest.

Here are three things you need to know about the UK market.

Value, growth or both?

One of the big investment debates of our time is around growth versus value.

A growth investor looks for high quality companies with the potential to grow earnings over time. Value investors, on the other hand, look for stocks that are unloved and undervalued by the marketplace.

With the wrath of the financial crisis burnt into memory, many investors have preferred to play it safe, choosing to invest in high quality, ports in the storm type companies while steering clear of out-of-favour sectors and stocks.

Value stocks underperformed growth stocks in 2014 and 2015, but since 2016 the UK has bucked the global trend with value stocks outpacing growth, as the below chart shows. 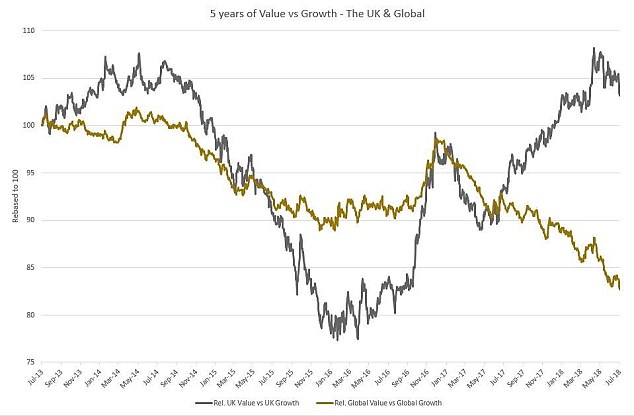 Given Brexit clouds, it might seem counterintuitive that investors in the UK haven’t rushed to more defensive growth stocks, instead opting for more cyclically-focused value plays.

But the difference between the UK and the rest of the globe lies in the types of large global companies listed in London. Put differently: it is sector weightings, rather than politics, that has driven the strong performance of value in the UK, which hasn’t been seen globally.

With value leading the charge in recent years, it might be sensible to have a good balance between both value and growth stocks if you’re investing in the UK.

The truth about the UK consumer

The state of the UK economy is heavily dependent on its consumers – the country’s service-based economy relies on a confident consumer spending money on goods and services.

So it follows that the health of the consumer will be closely watched.

The good news is that consumer confidence is starting to recover from depressed levels. It also helps that wage growth is finally ahead of inflation – good news for our real disposable income.

But investors remain worried that the average UK consumer isn’t spending as much as they use to. Perhaps a more accurate truth is that we’re spending differently.

Our lifestyles have changed dramatically over the last decade, and our money is going to different places than before.

Just take the average home telecoms and entertainment bill – chances are it’s gone up with subscriptions to Sky, Netflix, Amazon Prime and others. Not to mention spending some extra bob on the odd movie or the next series of Peppa Pig for the youngsters.

Then there’s the monthly cost of our mobile phones and various app subscriptions, with us spending more and more with companies like Uber, Deliveroo and Just Eat.

A good investor will find ways of tapping into these changes, whether via the new retailers or online gaming companies.

Jupiter UK equities fund manager, Alastair Gunn meanwhile invests in N Brown, which is moving to a pure online clothing retailer serving the growing plus-sized market. As he puts it: ‘People are getting fatter, but also more fashion conscious’. The company also has a budding international business.

It’s no secret that technology companies have been the biggest risers, but most of the big tech companies like Facebook, Amazon, Netflix and Google (or Alphabet) are all US companies.

In fact, in the UK, the information technology sector makes up less than 1 per cent of the market, according to the MSCI benchmarks. Compares this to the US, where tech makes up 25 per cent.

The UK’s biggest tech stocks are companies like Sage and Micro Focus – good companies, but not exactly household names leading the charge when it comes to digital disruption.

A big reason why the UK has lagged other markets in recent years is the lack of exposure to the digital economy.

Investors looking for tech exposure are probably better off allocating some money to a global fund.

The Rathbone Global Opportunities fund managed by James Thomson holds the likes of Amazon alongside Paypal and Activision Blizzard, the world’s largest video games company which sits behind big hits like Call of Duty and Candy Crush.

Likewise, Scottish Mortgage Investment Trust has also got a significant exposure to technology, with most of its top ten holdings taken up by names like Amazon, Netflix, Tesla as well as the Chinese internet giants, Alibaba and Tencent.