IoD in meltdown as its chairwoman and deputy resign

The  Institute of Directors was on the brink of self-destruction this weekend after its chairwoman, Barbara Judge, resigned after being suspended for alleged sexist and racist remarks.

Her deputy, City grandee Sir Ken Olisa, also quit. He said her position had become untenable and that he had vowed to stand down alongside her. He said: ‘My position was, “If she goes, I go.” ’ 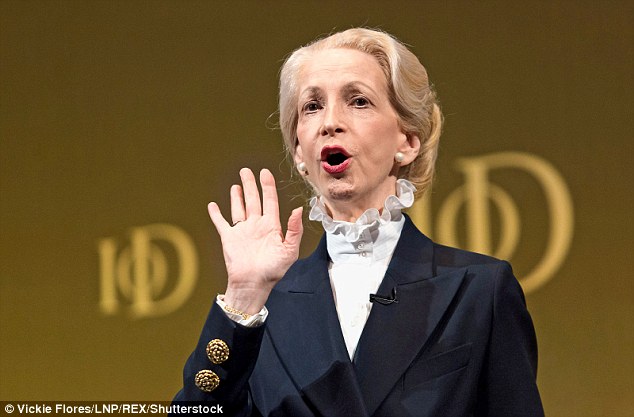 The extraordinary debacle – with accusations of bullying, secret tape recordings, racism and sexism at the IoD, which is supposed to set an example of exemplary corporate conduct – is threatening to leave the 115-year- old organisation rudderless.

The spat comes as the traditionalist group is losing members and income – and struggling to stay relevant to younger entrepreneurs.

In her resignation letter, Lady Judge said: ‘I accept that the language used when discussing the employment situation of individuals with protected characteristics was not of the modern standard.

‘I deeply regret the language I used and apologise if this caused any distress or upset. However, this in no way reflects my life- long, firm commitment to ethnic minorities, beginning with civil rights work in the 1970s, and the promotion of women in the workplace.

‘As for the false claim that I said, “Blacks can get aggressive”, I never, ever said this or made a racial slur of any kind: any suggestion I did is an outright lie.’ Sir Ken and Lady Judge, who are close allies, had attended a gruelling meeting of the IoD’s council on Thursday.

She gave a prepared speech explaining she felt victimised by the way the investigation into her behaviour had been conducted. She said she would step aside from her £20,000-a-year post so as not to impede the inquiry, commissioned by Dame Joan Stringer, the IoD’s senior independent council member. 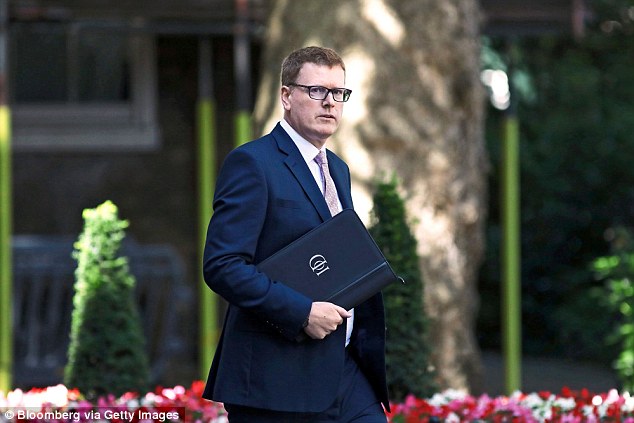 Director General Stephen Martin, a former building firm boss and Brexit supporter, is one Lady Judge’s opponents. He has been criticised by Sir Ken for allegedly making a covert tape recording of her.

She is said to be in a state of profound despair this weekend about the row, which blew up after she was the subject of no fewer than 41 accusations.

Late on Friday, in a triumphalist statement that did not include a single word of thanks to Lady Judge and Sir Ken, or indeed any sadness at the whole affair, Mr Martin said: ‘This is a victory for ordinary staff members, who had the courage to risk jeopardising their careers, to speak out about the conduct and language of people in senior positions.’

The charges against Lady Judge, some of them explosive, some relatively trivial, are outlined in a draft report by lawyer Caroline Prosser seen by The Mail on Sunday.

Always immaculately power-dressed herself in pie-crust collar shirts and regal bespoke tailored skirt suits, Lady Judge is said to have advised a female member of staff that she should not ‘dress like a tart’. She is also alleged to have made comments on April 12 last year to Mr Martin, suggesting that people on the IoD secretariat were not good at their jobs because they were black and pregnant. 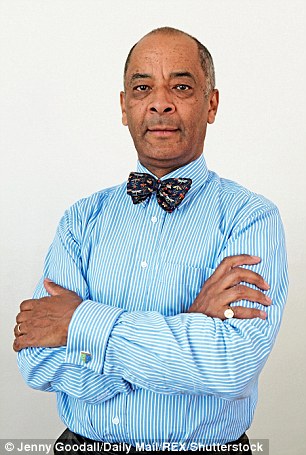 Comments like these, if true, would rightly be unpalatable to many in today’s business climate.

Her friends, however, say her attackers have lacked sensitivity towards her as a newly bereaved widow –sending their first letter of complaint shortly before the memorial service for her late husband, entrepreneur Sir Paul Judge, who died last year.

But even before the astonishing row that erupted last week, the venerable bosses’ club was struggling to stay relevant to a new generation of entrepreneurs.

And it comes at a tricky time for the organisation, which is trying to increase its dwindling membership and its income.

The number of members fell by more than 400 in the year to 2016, according to the latest figures available, and there was a fall in new joiners of around 1,100 compared with the previous year. Revenues fell slightly to £27million in 2016 from £27.8million in 2015.

The 71-year-old Lady Judge was the IoD’s first female chair. But in other respects she is an Establishment figure with elitist attitudes that do not sit well with today’s inclusive business culture.

The row has served to highlight the generation gap among entrepreneurs and the IoD faces an uphill task in trying to replace its ageing clientele.

Younger businessmen and women gravitate towards places such as chic members’ club Shoreditch House, lured by its rooftop pool and proximity to the tech businesses that have sprung up in East London. Once the dust on this contretemps has settled, the IoD’s stuffy HQ in London’s Pall Mall will still be in the wrong part of town – and lacking appeal to anyone under 65.