Is Government about to dump pensions dashboard? 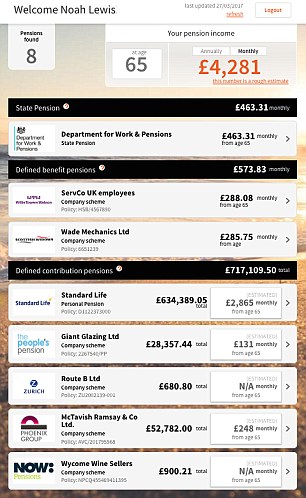 The original prototype: The industry came up with a pensions dashboard to show workers all their pension pot details in once place (Source: ABI)

A report the Government could ditch plans for a ‘pensions dashboard’ – allowing everyone to see their retirement savings at a glance – has sparked an angry outcry.

Fears are rife the project, which was developed by the pensions industry but needs legislative backing to force all schemes to sign up, could be abandoned despite widespread consensus that people need a tool to view all their pots in one place.

A Government feasibility study promised for this spring is already overdue, and now a report has emerged that Work and Pensions Secretary Esther McVey ‘wants to kill off’ the initiative.

A story in The Times by Francis Elliott suggests McVey is ‘said to believe that the service should not be provided by the state’, and that it would be ‘a distraction’ from the universal credit shake-up to the benefits system.

The plan for an online pensions dashboard has received strong backing and funding from pensions firms since it was proposed by former Chancellor George Osborne when he was at the Treasury in 2016, and then later inherited by the Department for Work and Pensions.

The Association of British Insurers, which worked on a prototype that was originally scheduled for launch in 2019, said today: ‘It is vital the Government stands by its promises.’

‘To abandon it would be a huge let down to millions of savers, leaving them unable to find the money they have saved and even exposing them to fraud.

‘This is an initiative with cross-party support, backed by consumer groups, which is a win-win for everyone. The pensions industry is committed to helping but we need Government involvement to ensure the system works fairly for everyone.’

The ABI believes the Government has to make participation compulsory, so all schemes get their data up to the necessary standards, to make the dashboard work.

‘This requires legislation. The scheme must also be appropriately regulated and funded, to ensure consumers trust it and want to use it,’ it said. 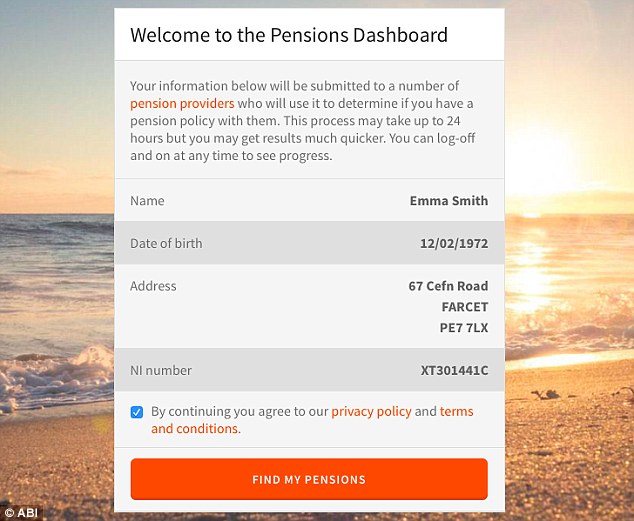 Prpposed entry page: You would first have to confirm your identity using a sign-up process like the Government’s gov.uk/verify

MPs on the work and pensions committee recently called for the Government to press on with a public version of the project, saying: ‘Such a dashboard, free from commercial pressures, would provide individuals with a trusted source of information about their pensions.’

Committee chairman Frank Field responded to the rumours the plan could be dumped by telling The Times: ‘This must be the first case of a Secretary of State looking a gift horse in the mouth — and then kicking it in the shins. Horses so mistreated tend to misbehave.’

A committee spokeswoman said it was taking evidence from Pensions Minister Guy Opperman tomorrow and he would undoubtedly be asked about the dashboard. She added that Opperman has previously been quoted describing the dashboard as ‘fantastic’ and saying: ‘Make no mistake, the dashboard will happen.’

‘The pension industry stands ready to go ahead with the dashboard and constant delays and procrastination have been unhelpful in the extreme.

‘There was never any intention for the Government to fund this project, it was always going to be financed by the industry, the question was exactly how?’

Tom Selby, senior analyst at AJ Bell, said there was a broader issue here of trust between the Government and the pensions industry.

‘It was the Government that told the industry it needed to develop a workable pensions dashboard model and deliver it by 2019.

‘Huge amounts of time, effort and money have been dedicated by Association of British Insurers members to make that happen, with wide engagement from platforms, charities, advice firms and others.

‘If the DWP is now going to pull the plug at the eleventh hour then the industry will legitimately question whether involvement in future such projects is really worth it.’

Andy Tarrant, head of policy at The People’s Pension, said: ‘At a time when 14 million people are at risk of not having enough to live on when they retire, it’s astonishing that an initiative aimed at helping millions of people to live comfortably in retirement, could be seen as a distraction by government.’