I am desperate to help my recently widowed sister. Her husband, who died in September 2017, was either self employed or unable to work because of spinal problems in the last few years of his life and died unexpectedly.

My sister works but has poor pay. They had no mortgage and were (my sister still is) in rented accommodation. They had no shared assets or joint tax return. My brother in law had nothing and left no estate.

Completely out of the blue my sister received a message from HMRC asking her to call. No name was given. She phoned as asked and after being passed round and round a very rude and officious woman came on the line. 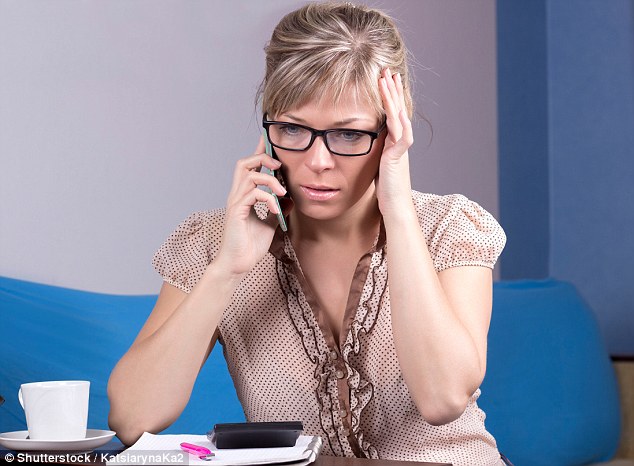 Tax demand: What should you do if you are unsure whether an approach from HMRC is legitimate or a scam? (Stock image)

She told my sister that she was liable for an £8,000 debt to HMRC. She would give no explanation but demanded my sister pay it immediately.

My sister explained she knew nothing about this and surely she should have received information regarding this in writing.

The officer would not listen to any of this and kept demanding payment. The whole conversation upset my sister so much she ended in tears.

Whilst the council drag their heels over housing benefit and council tax her rent is more than her salary! She asked for details of the debt in writing but typical of HMRC she’s heard nothing.

My question really is can my sister be held liable for this debt if HMRC can prove my brother in law underpaid? He left my sister with absolutely nothing except worry, heartache and grief. I look forward to your response and hope we are worrying unnecessarily.

Tanya Jefferies, of This is Money, replies: I am so sorry to hear your sister had such a terrible experience, and it’s no wonder she was shaken up by a sudden and official-sounding demand for a large sum of money.

It does sound like a nasty scam where criminals posing as HMRC staff try to dupe people into sending money to fraudulent accounts.

Your sister should be consoled that in the midst of this intimidating encounter, she stood her ground and rightly asked for proof of an actual HMRC debt.

But unfortunately these heartless fraudsters can be very convincing, and are always coming up with new tactics. No one should be complacent and fool themselves that they are immune – any of us could fall for a clever trick in an unguarded moment.

This is Money contacted HMRC, which has issued a warning about such bogus calls here. It is currently considering how to publicise alerts about HMRC imposters more prominently on its website.

An HMRC press spokesman offered to speak with your sister personally, before putting her in touch with a member of the operations staff who could investigate how her late husband’s tax affairs actually stand. This offer remains open to your sister whenever she feels ready to get in touch.

The spokesman said: ‘We are aware that some customers have received telephone calls claiming to be from HMRC requesting personal information/bank account details in order to receive a tax refund, or to demand money for an unpaid tax bill.

‘HMRC takes security very seriously but you need to be alert. If you cannot verify the identity of the person making the call you should not disclose your personal details. You should report this to Action Fraud using the following link: www.actionfraud.police.uk/report_fraud.’

HMRC does make calls to the public but normally they would have received a written warning first. It also uses debt collection agencies, and you can find out which firms do this work and how they operate here.

We asked a tax accountant about your case, and she explains below what to do if you are contacted by someone claiming to be from HMRC, and are unsure whether the approach is legitimate or a scam.

She also gives details of some common frauds involving HMRC imposters, and how to protect yourself in such situations.

Heather Rogers, founder and owner of Aston Accountancy, replies: The first thing that strikes me when reading your question is whether or not this telephone call from HMRC is indeed genuine.

It does seem to have all the hallmarks of a current scam which is being perpetuated.

However, I will deal with both cases – that it is a genuine tax demand and also if it is the scam that I suspect.

What if money is owed to HMRC?

I understand that your brother-in-law was self employed for some time, and it is therefore possible that he did have unpaid tax liabilities as a result of filing of his self assessment tax returns at HMRC.

These alleged liabilities could be based on actual amounts earned or they could be estimates based on his previous years’ earnings. 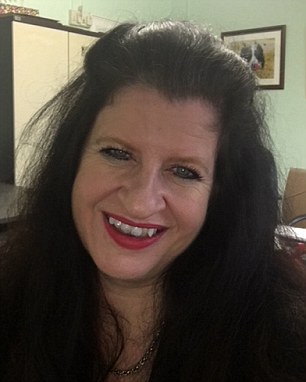 Heather Rogers: ‘This does seem to have all the hallmarks of a current scam’

If this demand is genuine what do you do?

First of all, your sister needs to contact HMRC directly on 0300 200 3310 and quote her late husband’s Unique Tax Reference number (UTR) and/or his National Insurance number to confirm the tax position.

His UTR number is a 10-digit number allocated specifically to him and will appear on the top of any tax correspondence received from HMRC.

She may also need to write to HMRC directly at Self Assessment, HM Revenue and Customs, BX9 1AS, quoting his UTR and/or National Insurance number and enclosing a copy of his death certificate to obtain the information she needs to put her mind at rest.

If your sister has used the ‘Tell Us Once’ service, which notifies all the government departments when someone dies, she would have notified HMRC through this system and they should be aware of the circumstances.

She should, therefore, have received a communication from HMRC in connection with this matter if the debt is genuine.

However, occasionally the service does fail in its notification or the government department doesn’t act on it, so a telephone conversation followed up by a letter is probably the surest way to ascertain the facts.

If HMRC confirms the debt is genuine, then let me explain the position.

A wife is not necessarily responsible for her husband’s debts. You are only personally responsible if it is a joint debt, for example a joint mortgage, joint loan agreement or you acted as a guarantor.

The creditors can sue the estate for the debt, but if there is not enough money in the deceased’s estate to pay it and there are no assets to sell, then the debt will die with the person. If there are sufficient funds or assets the debt has to be paid, once probate has been granted. However, based on the information you have put in your question, it does not sound as if he had any assets, and if that is the case the latter would apply and the debt would be written off.

What if this is a scam?

Now let us look at the position if this is a scam. HMRC scams have become more and more prevalent over the last few years.

Firstly, the scammers started sending out emails. Some of the emails were obvious as not being genuine as the grammar/wording was unprofessional but gradually they started to look more genuine, usually advising the recipient of a rebate and asking the recipient to enter their bank details, which is a standard phishing email.

The scammers then migrated onto letters, equally looking quite official in some cases, and now they have progressed to telephone scams.

The scammers leave messages on answerphones and request a call back. This has been doing the rounds for quite some time and has been duping quite a lot of people.

HMRC warns about ‘bogus phone calls’ on its website here.

This says: ‘HMRC is aware of an automated phone call scam which states that HMRC is filing a lawsuit against the recipient of the call and states they should “press 1 to speak to a caseworker in order to make an immediate payment”. We can confirm that this is a scam and you should end the call immediately.

‘This scam has been widely reported, and appears to be targeting elderly and vulnerable people.

‘Other scam calls may offer a tax refund and request you to provide your bank or credit card information. If you cannot verify the identity of the caller, we recommend that you don’t speak to them.

‘If you’ve been a victim of the scam and suffered a financial loss you can report it to Action Fraud.

‘The calls have been made using a variety of phone numbers, it would help our investigations if you could report full details of the scam (date, time, phone number used and content of the call) to email phishing@hmrc.gsi.gov.uk.’

Remember, we don’t normally use the term ‘law suits’ in our legal processes. HMRC would not use this term either, and if you were about to be taken to court, you would have received copious correspondence by the time this stage has been reached, and probably a visit to your home or place of work from HMRC’s debt management department.

If in any doubt whatsoever, we recommend you visit HMRC’s website and locate the official telephone number directly, not the number left on your answerphone.

Also, if you have talked on the phone with a suspected scammer, ring the official number back using a different phone and phone line, as some might stay on the line and pretend to be HMRC.

We also recommend that you do not give out ANY personal information at all and if you have any doubt, however persuasive or intimidating the caller is, do not be tempted to give your details unless you are absolutely sure of their identity.

Always end the call and identify the caller by other means – check the website, and any documentation you may have.

If you do owe money to HMRC, you could receive a call, but they will usually quote your UTR/NI number, address and/or other details specific to you.

The bogus call scam is very similar to the experience your sister had. I also understand that your sister asked for proof, which you should do, and nothing has been forthcoming.

As you apparently have no paperwork on this ‘debt’ and you have not received anything from HMRC following the telephone call, I suspect the call was not genuine and therefore nothing is going to arrive in the post.

There are websites you can check for these types of scams, such as Hoax Slayer, which do a variety of enquiries into scams that are perpetuated on the internet, telephone and email.

The numbers of these are increasing and obviously as the scammers get blocked down one particular route they will then take up an alternative.

This is quite concerning especially for the more vulnerable people like the elderly or like your sister who was recently widowed, because when you are in a position where you feel fragile you are more likely to fall for these scams as you do not have the will or energy to fight back.

There are a lot of warnings and advice available, and HMRC lists the current known scams here.

If you experience a scam you can report it to HMRC or to Action Fraud at www.actionfraud.police.uk or on 0300 123 2040. Action Fraud has a page devoted to scams, but it’s difficult to find the one you are looking for out of the many listed.

I hope this will give your sister some comfort and at least give her some ideas on how to proceed to find out whether this is a genuine debt.