I am selling my house to buy a retirement home with my second husband.

I intend to divide the remaining money between my two children as I consider they need it now with young children and mortgages.

They should receive in the region of £100,000 each. I have no intention of telling them how to use it but I would actually like it to be used sensibly and not on holidays and cars.

They are both great kids in their mid thirties. My question is how best to suggest they use it if my advice is sought? Should it pay off some of their mortgage (in the region of £300,000) or invested. Advice keenly accepted. Many thanks, a Mum. 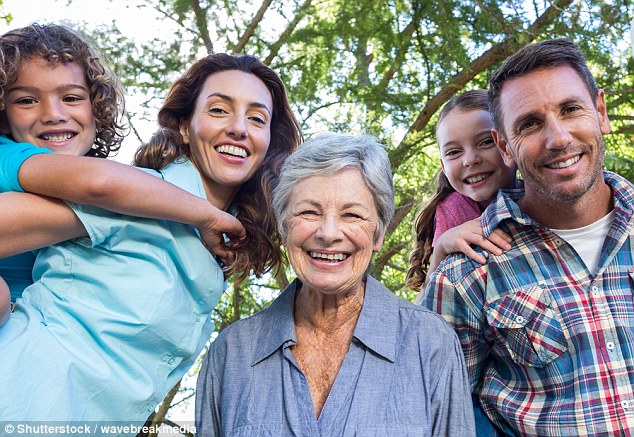 Gift dilemma: I want the money spent sensibly, but should I suggest paying down a mortgage or investing? (Stock image)

Ian Dyall, head of estate planning at Tilney, replies: It is becoming more and more common for parents and grandparents to help their children and grandchildren financially during their lifetime, rather than leave money to the children via their wills.

They realise that the time their children need help most is during their younger years whilst they have mortgages to pay, university debts to repay and children of their own to finance.

Giving money to the children during the parent’s/grandparent’s life has the added benefit that, provided the donor survives the gift by seven years, the money gifted will not be liable to inheritance tax on their death. So it is more efficient than gifting on death.

The main concern of those making gifts, and often the reason why some people choose not to gift, is fear that the money may be lost or wasted.

This may be due to frivolous spending, but it may also be due to divorce or bankruptcy if a child’s business fails.

In your case, the easiest way to achieve your objectives – helping your children financially with substantial sums, and encouraging them to spend the money wisely – might be to have a frank family discussion on these subjects. However, there are some other ways to deal with this too. 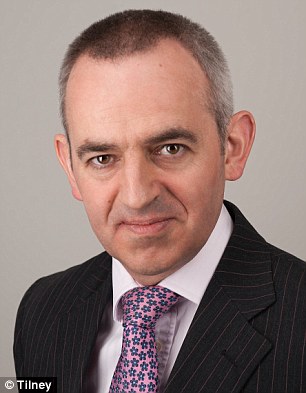 Ian Dyall: ‘Some parents will give a smaller amount to their children initially, to see how they use it’

How to exercise control over money you ‘give’ away

Outright gifts can be simpler, and may in some cases be cheaper, but controlling the use of the gift is more difficult as there is no legal control once the gift is made. That said, there are a number of strategies that may help.

Some parents will give a smaller amount to their children initially, to see how they use it, before making a larger gift.

Gifting an investment that has already been made rather than gifting cash often increases the chance of the child continuing to hold that investment, although once they are the legal owner they could encash it if they choose to do so.

A more structured way of continuing to exercise control over money that you have gifted, and also protecting it from divorce or bankruptcy, is to use a trust.

By gifting the money to a trust rather than outright to the beneficiaries, it allows you to give money away but still control who benefits from the trust, how much they receive, when they receive those benefits and how the money is invested in the meantime.

The assets gifted still reduce the donor’s inheritance tax liability provided the donor lives for seven years, and if a beneficiary does become bankrupt or divorced, the trust can provide protection from those claiming against the beneficiary.

The trust also provides the flexibility to gift today but decide at a later date who benefits. This may be useful if a particular beneficiary subsequently needs more support than the others, perhaps due to serious illness or a period of redundancy.

Conversely, if a beneficiary becomes wealthy enough not to need support from the trust, money could be diverted to their children, or to other beneficiaries.

Trusts do have some downsides. The gift is limited to £325,000 per donor in any seven year period if an upfront tax charge is to be avoided.

They are also liable to a small IHT liability (0–6 per cent) every 10th anniversary, and the trustees need to account for income tax and gains, although the choice of investments held within the trust may avoid the need for regular reporting.

Paying down the mortgage versus investing £100k

The decision regarding whether to pay off a mortgage or invest the money instead depends on a number of factors and may differ for each child.

Paying off the mortgage will save the interest payable on the amount they receive, but at current interest rates that saving may be as low as 1.5 to 3 per cent, or even less.

This saving would almost certainly be more than the interest payable had they put the money they received in a deposit account.

But if they are prepared to invest for a longer period (five years plus), in investments that provide equity based returns, for example stocks and shares Isas or unit trusts, then the returns on their investments will probably be higher than the saving on the mortgage.

Wealth Check is This is Money’s new series focusing on those with larger sums of money to manage or invest.

It will look at what people need to consider for lifetime savings and investment pots, inheritances, business sales and other big money life events.

As part of it, we will get professionals to answer your questions.

If you have a question that you want answering send it to editor@thisismoney.co.uk with Wealth Check in the subject field.

If interest rates rise, then the investment could be used to repay the mortgage further down the line.

Paying off some of the mortgage may prove more valuable if the loan represents a high percentage of the value of the house (eg 90-95 per cent) as reducing the mortgage may give them access to better mortgage deals.

I personally was faced with a similar decision. I chose to reduce my mortgage slightly to improve access to the best deals, then invest the rest in readily accessible investments that could be used to pay my mortgage and other outgoings for up to nine months should I face a period of redundancy.

These accessible funds, plus the insurance policies I have in place, give me the peace of mind of knowing that whatever the future throws at me, I can survive it financially without being forced into drastic actions, such as selling my home.

Over a few years I have managed to move all those invested funds into Isa wrappers so they are growing tax free. If interest rates rise then I will re-evaluate whether to reduce my mortgage or continue to invest.

You say you want to help your children financially because ‘they need it now’. But you should bear in mind that if you suggest they invest your gift, that won’t help them at all today unless they are allowed to spend the returns they make on the investments.

As long as the spending isn’t excessive then it is not very different from spending the money they saved on their mortgage, had they used the gift to repay the mortgage. Generally, great kids make good decisions.