Is Marcus Bank about to launch a best buy easy-access account?

Marcus Bank has given a flavour of what might be on offer to savers as it uses UK staff as guinea pigs for its new accounts.

A tester rate of 1.5 per cent has been offered to its staff according to the Press Association ahead of a countrywide roll out planned in the coming weeks.

Marcus is an offshoot of Goldman Sachs. This is Money wrote about it earlier in the year after it garnered a mammoth $22billion in deposits and approved $3billion in personal loans in just 18 months in the US.

We also hinted that the bank was likely to aggressively attack the UK savings market when it launched. 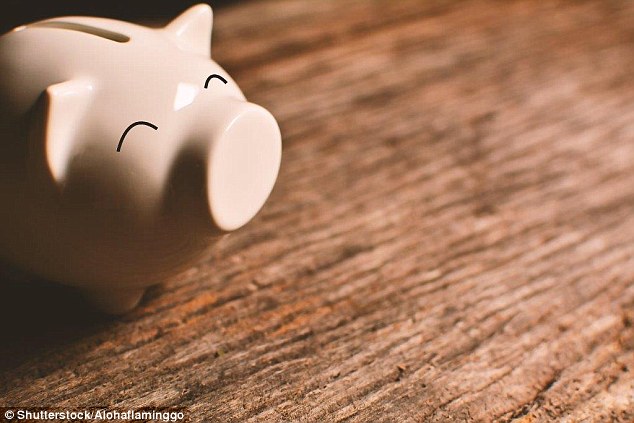 Top rate? UK staff at Marcus Bank have been offered a tester rate of 1.5% for easy-access savings

The brand is named after one of the bank’s founders Marcus Goldman. If the 1.5 per cent rate was released, it would make it the clear best buy rate in the independent This is Money savings tables.

An internal memo sent to staff and seen by the Press Association cautioned that ‘the current interest rate offered may be subject to change for the nationwide launch, depending on market conditions.’

The rate would be a boon for UK savers, who have suffered for years amid record-low interest rates, with the average currently sitting at 0.55 per cent, according to information website Moneyfacts.

The easy-access space has been largely neglected as challengers battle in the fixed-rate best buy tables instead.

The top rate is currently offered by the branch of another foreign bank, Bank of Cyprus UK. It has a 1.41 per cent deal for 12 months before dropping down to 0.85 per cent. Meanwhile, Virgin Money offers 1.3 per cent.

The internal memo to Goldman Sachs staff said the bank was looking for ‘feedback before officially going to market.’

The Marcus launch will mark the brand’s first expansion outside the US and puts it among only a small number of digital-only consumer-facing banks in the UK, including Starling Bank and Monzo, with no plans to run bricks-and-mortar branches.

The bank originally launched Marcus in the US in 2016, offering personal loans and savings accounts online.

In a note signed by executives including Goldman Sachs international chief executive Richard Gnodde, says: ‘The launch of Marcus by Goldman Sachs in the UK represents an important milestone in the growth of Goldman Sachs’ consumer business, as well as continued diversification of the firm’s funding.’

It has hired 150 extra staff in London in preparation for a UK-wide roll out. Further hiring is expected as the digital bank – which is set to launch later this summer – grows.

All staff working for the Marcus by Goldman Sachs brand will be based at its current central London offices, but will follow the rest of the bank’s team when they move to their new nine-story site in Farringdon next year.

The retail bank operations will be headed up by former TSB director Des McDaid.

The US banking giant’s move into retail banking has been seen as a way to diversify after a difficult stretch for investment banking desks across the industry.

Marcus features at the top, or near the top of the list for easy-access accounts and all fixed-rate terms in the US, according to information website Bankrate.

It eventually intends to offer mortgages and current accounts as well.