Is the energy market about to get less competitive?

The energy watchdog has confirmed it is looking into how new licences are handed out to firms.

This comes as the number of firms on the market has rocketed from 13 in 2004 to 80 at the end of last year.

In the last five years alone the number of firms has quadrupled, but some firms have not been able to deliver satisfactory customer service, or sustain cheap prices,  and have suffered financially, with some even going bust. 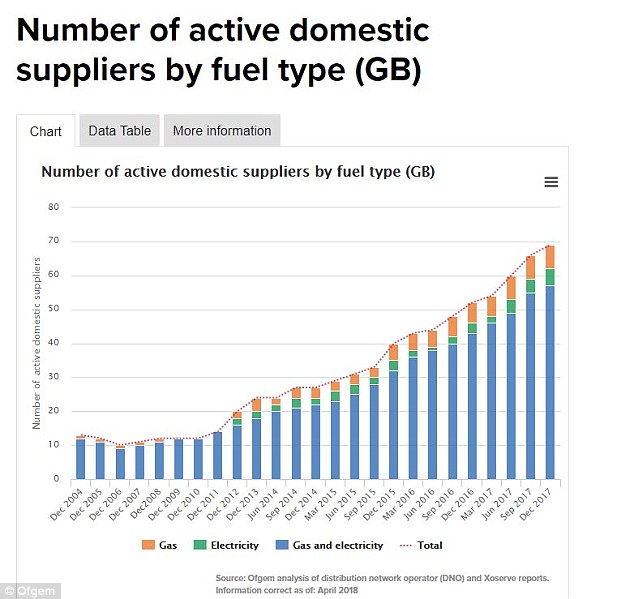 In 2004 there were 13 energy companies on the market, last year there were 80

Ofgem is now looking at how licences are handed out to make sure only companies that are financially stable and have processes in place to deal with customer service issues are given licences to operate.

Since 2014 the number of energy firms on the market has increased significantly, largely due to advances in technology.

This has resulted in more competition for consumers as the cheapest tariffs on the market tend to be from smaller suppliers.

This has also meant because these small suppliers have been pushed to the top of comparison tables when looking at the prices available, huge numbers of customers have then switched to them.

Now Ofgem will review how it gives out licences to make sure they’re not given to firms that may then collapse.

It said in a letter to suppliers: ‘The aim of our overall approach to supplier licensing, monitoring and engagement is to be effective and proportionate in protecting consumers against poor customer service and the potential impacts of supplier financial instability, while facilitating competition and innovation which benefit consumers.’

Other problems facing small energy firms include not having the resources to cope with customer service complaints, and setting a low fixed price on an energy tariff when wholesale prices have then risen.

This is especially important at the moment as the severe weather earlier in the year sent the price of wholesale energy upwards. All of the Big Six suppliers have raised prices because of this, and because of the cost of Government obligations, while a number of smaller suppliers have followed suit.

In March this year Ofgem banned the small supplier Iresa from taking on new customers because it said the firm wasn’t able to meet acceptable levels of service. 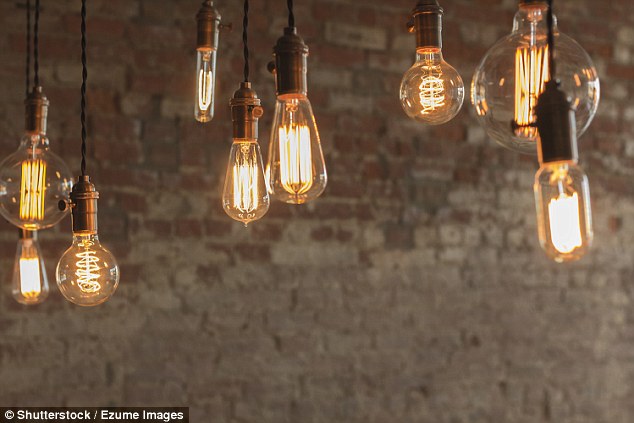 In January this year the firm Future Energy collapsed, while in 2016 GB Energy went bust.

Another issue with how energy firms are advertised can be seen in Ofgem’s ‘Confidence Code’. This means all accredited price comparison websites need to list all energy companies on the market.

However, this means quite often the energy company listed at the top of these tables is a new entrant to the market, which may not have the financial backing to survive or be able to cope with a huge influx of customers.

To combat this problem, the regulator is looking into how the code works and what needs to be in place for comparison websites when listing energy firms. There is no date yet for when the results of this will be published.

The review into how it gives out licences will be followed by a consultation by the end of the summer.

Victoria Arrington, spokesperson from energyhelpline, said: ‘In an attempt to attract customers, some suppliers may have ended up with tariffs that have resulted in their company being put under financial strain. Loss-leading tariffs could be a viable method of doing business if done with care – as many suppliers do – however if not, this strategy could potentially lead to the supplier going under.

‘In the unlikely case of a supplier collapsing, customers can rest easy knowing they have no reason to fear the lights being shut off. Ofgem has plans in place to ensure your supply will not be cut. They will also transfer you to a new supplier, from whom you can switch away from later should you please.’

While Victoria MacGregor, director of energy at Citizens Advice, said: ‘This announcement from Ofgem is a step in the right direction. Consumers deserve much more protection from poorly performing energy suppliers.

‘Ofgem needs to take back control of its licensing processes. It is too easy for energy firms to enter the market and the process for removing failing companies is too slow.

‘We’ve seen some suppliers granted licences when they simply aren’t ready to provide good quality customer service. Others don’t have robust enough business plans in place to deliver on the low prices they promise consumers, or even survive in the current market.

‘We will continue to work closely with Ofgem as this review is conducted to ensure that the new licensing regime better protects consumers.’