It’s crackers! Jacobs is given a £100m price tag as owner Pladis looks to sell the biscuit maker

It’s crackers! Jacobs is given a £100m price tag as owner Pladis looks to sell the savoury biscuit maker 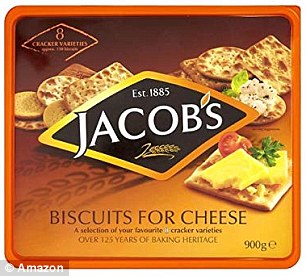 Jacob’s was founded in 1851 in Ireland but moved to British hands in 1922 when a separate company was formed in Liverpool.

The maker of Mini Cheddars and Jacob’s Cream Crackers has been part of the United Biscuits group since 2004.

United Biscuits also owns Carr’s and breakfast bar brand Go Ahead and was bought for £2billion in 2014 by Turkish group Yildiz, which owns Pladis, the owner of brands such as luxury chocolate maker Godiva and Middle Eastern biscuit manufacturer Ulker.