The aim is to create ‘the world’s first premium self-driving electric vehicle for Waymo’s driverless transportation service’, which plans to launch later this year and offer customers the opportunity to hail a driverless car with an app.

The zero-emissions battery-powered Jaguars, which will cost from around £64,000 to £82,000, will be used as self-driving prototypes for the initiative, formerly known as the Google self-driving car project. 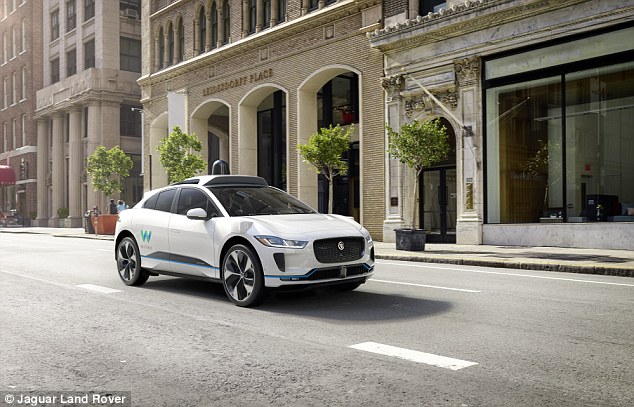 The deal, which gives the UK a pre-Brexit export boost, was announced at the New York Motor Show where Jaguar’s new electric I-Pace car is being shown for the first time in the US.

Waymo intends to launch the world’s first self-driving transportation service later this year, which will allow people to to use its app to request a vehicle.

Jaguar said that up to 20,000 I-Paces will be built in the first two years of production and be available for riders of Waymo’s driverless service, serving a potential one million trips per day.

Both sides made clear that this was just ‘the beginning’ of a longer term association as they look ‘to explore other future collaborations’.

Waymo chief executive John Krafcik said its Jaguar I-Paces – fitted with ‘production-ready self-driving technology’ – will start testing later this year, with up to a million test trips annually planned, and join the Waymo fleet by 2020.

Coventry-based Jaguar Land Rover is already pioneering driverless car technology in the UK – putting computer controlled vehicles through their paces on the city’s streets as part of the government-backed UK Autodrive consortium.

Earlier this month it demonstrated on open roads in Milton Keynes how its self-driving Range Rovers can find spaces by themselves and park without any driver input.

News of the Waymo deal comes just as self-driving trials by arch-rival Uber have been suspended by the state of Arizona following a fatal crash involving one of its autonomous vehicles being tested on public roads.

Mother-of-two Elaine Herzberg, 49, became the first fully-autonomous accident fatality when one of Uber’s test Volvos collided with her on March 19 in the city of Tempe, Arizona.

She died later in hospital. It prompted Uber to suspend its road-testing programme in the USA and Canada.

Waymo chief executive Mr Krafcik claimed such an accident would not have occurred with his company’s technology.

He told a car dealership conference in Las Vegas on Saturday: ‘At Waymo, we have a lot of confidence that our technology would be able to handle a situation like that.’ 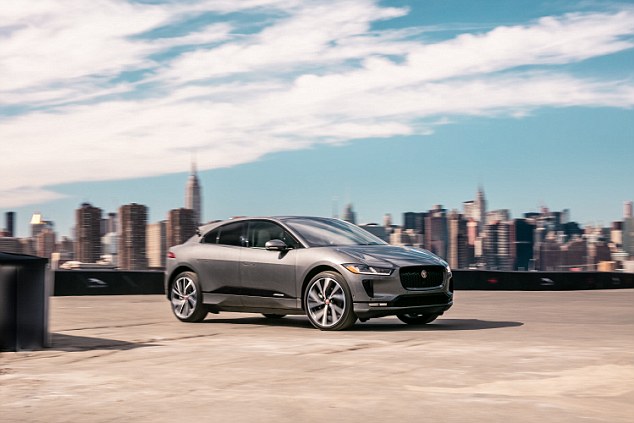 Jaguar officially launched the I-Pace at the Geneva Motor Show – and the model is expected to be on the roads from summer, although you will have to drive those yourself

The autonomous electric Jaguars will also take on electric car firm Tesla, which is developing its own self-driving technology.

The companies said they will ‘work together to design and engineer self-driving Jaguar I-Pace vehicles.’

They added: ’This long-term strategic collaboration will further Waymo and Jaguar Land Rover’s shared goals: to make cars safer, free up people’s valuable time and improve mobility for everyone. ‘ 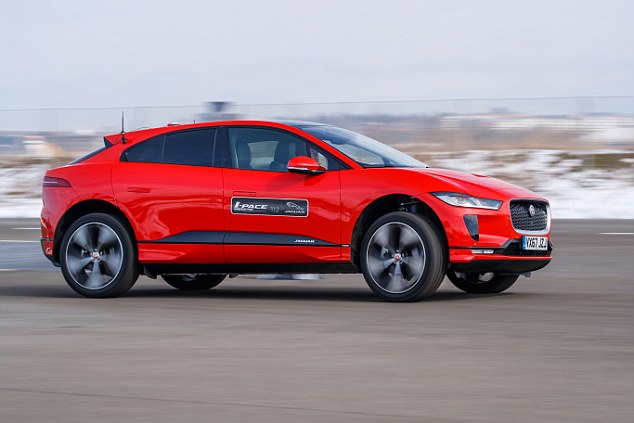 Against the background of concern about the fatal accident involving a rival self-driving trial by Uber – which had a back-up driver in the car, Waymo said: ’To date, Waymo is the only company with a fleet of fully self-driving cars — with no-one in the front seat — on public roads.

‘Later this year Waymo will launch the world’s first self-driving transportation service allowing members of the public to use Waymo’s app to request a vehicle. ‘

In 2015 it introduced the cartoonish-looking Firefly self-driving pod-car.

The Google self-driving project changed its name to Waymo in 2016, and is a subsidiary of Google’s parent company Alphabet Inc.

It says that it will launch a driverless ride-hailing service later this year.

Last year it added the Chrysler Pacifica Hybrid minivan to its prototype self-driving vehicle fleet, which has so far covered more than 5 million miles, mostly on city streets including those of Phoenix, San Francisco, Detroit and Atlanta.

The firm also says on its website: ’We’re building a safer driver that is always alert and never distracted. Our fully self-driving technology will handle all the driving s you can go from door to door without taking the wheel.

‘This will deliver the biggest impact on improving road safety and mobility for everyone.’

Jaguar Land Rover chief executive officer Prof. Dr. Ralf Speth said: ‘With the Jaguar I-Pace we have a world-beating car that’s captured the imagination of customers around the world.

‘Our passion for further advancing smart mobility needs expert long-term partners. In joining forces with Waymo we are pioneering to push the boundaries of technology. ‘

The I-Pace is being built under licence by Magna Steyr, in Graz, Austria, and was officially launched at this month’s Geneva Motor Show.

The standard version accelerates from rest to 60mph in 4.5 seconds, has a top speed of 124mph and promises a range of 298 miles – enough to drive from London to Newcastle on one overnight charge.

But even motor industry chiefs admit that full autonomy is still many years off and, even if technically achievable, will face legal and social acceptability challenges.