Jamie Oliver is under pressure to fork out £6.7million owed to creditors, including millions to small businesses, after his upmarket steak restaurant crashed into administration.

The celebrity chef, whose Jamie’s Italian chain is also under pressure, has been accused of failing to pay a number of creditors.

Barbecoa collapsed last month leading to the loss of 78 jobs as its site in London Piccadilly was forced to close. 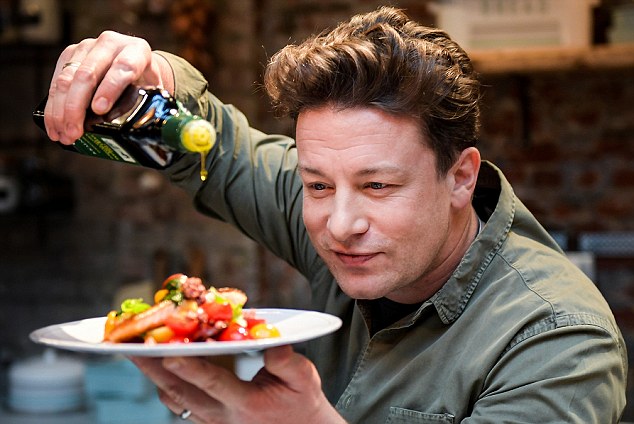 Bish bash bust: Jamie Oliver is under pressure to fork out for £6.7m owed to creditors after his upmarket steak restaurant crashed into administration

It has one restaurant which remains open, close to St Paul’s Cathedral, where around 90 people are employed.

Alix Partners has been appointed as administrators for the business. Jamie’s Italian is also closing 12 of its 37 restaurants as it suffers a slowdown.

Most of the money owed by Barbecoa is to HSBC as part of its overdraft facility, but unsecured creditors include small firms.

Daily Fish Supplies is waiting for £34,699, and Natoora, a fresh fruit and vegetable supplier, is trying to reclaim £34,613.

Twitter user Daniela Soave wrote to Oliver: ‘You are a decent man. Please honour your debt to @natoora. You personally can afford it. Do the right thing.’

A spokesman for Jamie Oliver Restaurant Group, said: ‘We are continuing to work with the majority of suppliers in Barbecoa St Paul’s and have agreed mutually consensual terms with them.’