JEFF PRESTRIDGE: Critical move that will shake up insurance industry

Sometimes, it takes a while for the penny to drop in the palatial executive offices of our country’s insurance companies that are occupied by individuals of fearsome intellect but little nous.

Well, maybe a few pennies will now start clanging on to the floor following the decision of new kid on the block Guardian (insurer, not newspaper) to launch a revolutionary financial protection insurance policy.

It is a form of cover we have been urging the insurance intellects to develop for some considerable time. Indeed ever since we reported two years ago on the sad case of Hein Pretorius who lost a leg in a motoring accident, only to discover the insurance he thought would protect him in the event of a serious injury only covered him for the loss of both legs. 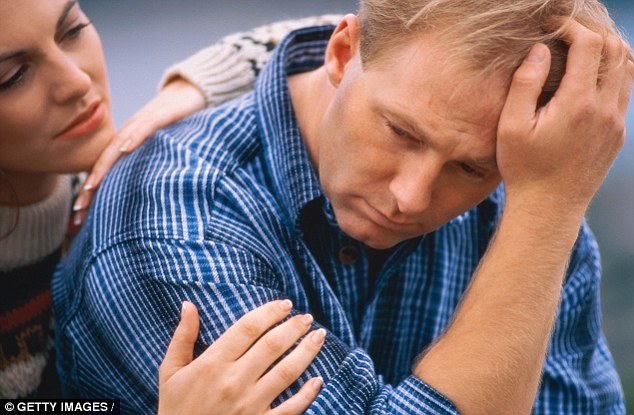 Worry: Guardian’s new policy is a form of cover we have been urging the insurance intellects to develop for some considerable time

The new Guardian policy, like the two Hein had with Bright Grey (part of Royal London) and Legal & General, is set up as critical illness cover – designed to pay out a tax-free lump sum on diagnosis of a serious illness or the incurring of a major disability.

But what makes it special is that the cover will not be set in stone – as happens with conventional critical illness policies. Guardian, owned by Gryphon Group, has promised that when claim wordings are improved, as they regularly are, they will be applied to existing policies, not just new plans (as happens now). If the upgrade results in a premium increase, Guardian will offer policyholders a choice: stick with what they have got or twist to the upgrade.

If Hein’s L&G and Bright Grey policies had been set up in such a way, they would have been automatically upgraded to pay out on the loss of one limb, not two (nearly all critical illness policies sold today pay out on this basis).

This would then have given Hein a financial buffer while he recovered from his horrific injury and gave thought to a new career. Instead, the 46-year-old has been forced to plead for donations via Facebook so he can retrain for a profession (management accountancy) that will accommodate his life-changing injuries.

Guardian’s new critical illness cover has been welcomed by insurance experts including Alan Lakey, of CIExpert, and Ian McKenna, of Finance & Technology Centre. They state the insurer has shown ‘some fresh thinking’ (Lakey) while its policy is a ‘real win for consumers’ (McKenna).

Of course, Guardian is starting from scratch so it can afford to be revolutionary. But surely it is not beyond the fearsome intellect of our insurance industry’s bosses to work out a way of applying similar upgrades to existing policies that like Hein’s have not weathered well and are no longer fit for purpose. Treating customers fairly? Time for the pennies to drop.

A big thank you to all those readers (I love you) who have been in contact in recent days supporting our ‘Keep Our Communities Open for Business’ campaign. We are thrilled with the response which has been overwhelmingly positive. There is a real determination among you to keep our towns and villages vibrant – and our communities cohesive. We have heard from a variety of people. Those who have seen the number of banks on their local high street dwindle to nothing, leaving only the building societies and post office in place to offer financial services. Societies Nationwide and Yorkshire repeatedly get honourable mentions for their community support – as well as commitment to customer service and employing welcoming staff.

We have also been contacted by local business associations and councillors keen to be pilots for a new type of community hub – The Comoola Tree Project. The brainchild of a former chartered accountant and two leading academics, these outlets will provide a range of services including banking under one roof. More importantly, they will reinvest profits back into the community.

In addition, a number of members of association Responsible Finance have been in touch, telling us of the invaluable work they do lending to local small businesses. Often, they step in and support entrepreneurs who have been cold-shouldered by the big banks. If you have a story about an initiative in your community designed to re-energise and fill the gap left by the deserting banks, please email me. We would love to hear about the positive forces keeping our communities open for business. We will be returning to this crucial subject in these pages very soon.