A bid to lure younger customers has boosted sales at Tiffany’s.

The jeweller sold £850million of stock worldwide in the three months to July 31, up 12 per cent on a year earlier, beating analysts’ forecasts.

The company teamed up with singer Lady Gaga to grab attention last year and is refurbishing its flagship New York store to keep up with the times. 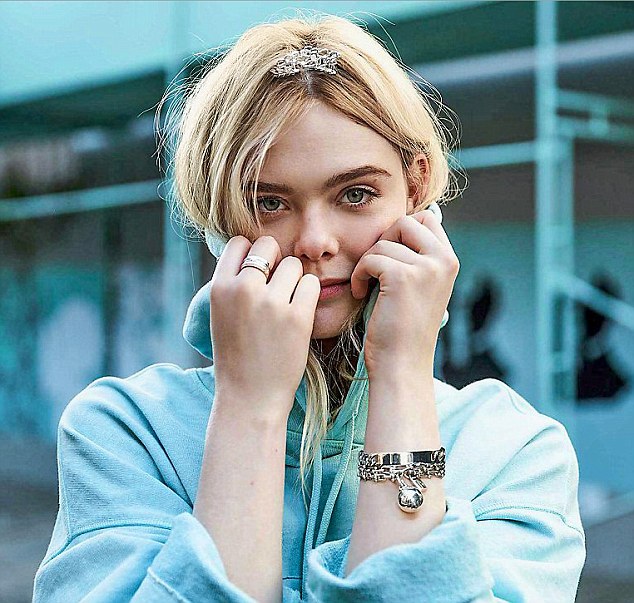 Millennial appeal: Actress Elle Fanning dances to a rap in a recent advert for Tiffany’s

It launched a range called Paper Flowers in May which aims to sweep away the stuffy image of fine jewellery.

Inspired by the idea of flower petals cut from paper, it aims to be less formal and is the first high-end range from chief artistic officer Reed Krakoff, 54, who joined in January last year.

The products have been advertised with graffiti at Tiffany’s shops and actress Elle Fanning dancing to a rap.