Jobless rate in eurozone still twice as high as in UK

Unemployment in the crisis-torn eurozone has fallen to its lowest level since the financial crisis – but is still more than twice as high as in Brexit Britain.

In a report that laid bare the jobs crisis gripping the Continent, official statistics agency Eurostat said unemployment in the single currency bloc was now 8.2 per cent.

That is the lowest level since November 2008, shortly after the collapse of Lehman Brothers, when the global economy was in the depths of recession. 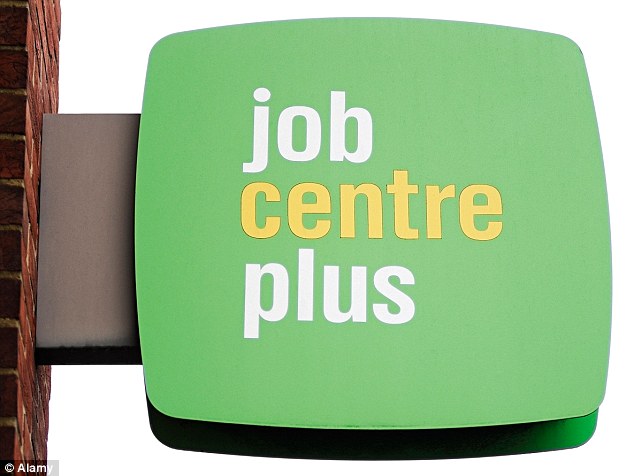 But it is still more than double the 4 per cent rate seen in the UK where years of steady economic growth have pushed the number of people in work to a record high.

Unemployment in Britain has not been this low since early 1975 when Harold Wilson was Prime Minister and Margaret Thatcher became leader of the Tory Party. 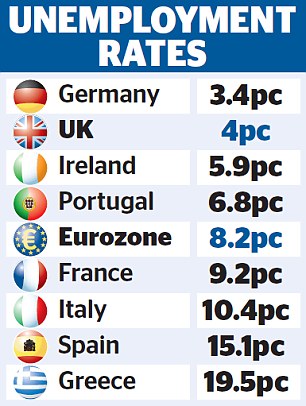 And while youth unemployment in Britain has fallen below 500,000 for the first time and stands at 11.3 per cent, it is over 30 per cent in Greece, Spain and Italy.

Brexit supporter John Longworth, former director general of the British Chambers of Commerce, said: ‘It is astonishing that the EU celebrate reducing their unemployment rate to an eye-wateringly high 8.2 per cent.

In some parts of the eurozone, youth unemployment is a shameful 30 per cent or more. Who would want to be a member of that club when Britain continues to have the highest level of employment in history?’

In a devastating analysis of the jobs crisis in the eurozone, the International Monetary Fund this summer warned that sky-high youth unemployment posed a major threat to prosperity in the region.

‘Poor job prospects for the young can make them increasingly dependent on their family wealth, therefore reducing social mobility.

‘All in all, lower human capital and growing inequality of opportunity will in the long term be detrimental to the euro area’s growth potential.’