John Lewis is about to unveil the biggest facelift in its 154-year history as it fights falling sales and dwindling profits.

The department store chain is set to launch an overhaul in September that will see it open rooftop bars, pop-up cinemas and reveal its biggest ever own-label womenswear range.

It will test out ideas by turning 15 of its existing shops into ‘pilot stores’ where it will experiment with events and classes, personal stylists and front-of-house concierge services. 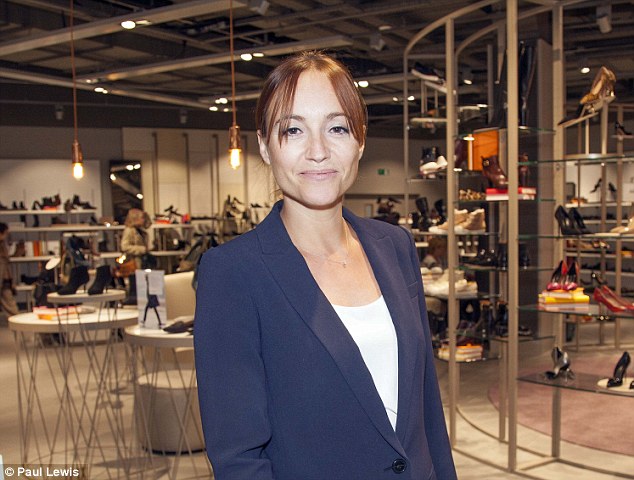 The overhaul of John Lewis is being led by 45-year-old managing director Paula Nickolds (pictured).

She took over from Andy Street last year, becoming the first woman to hold a top job in the department store’s 154-year history.

The north Londoner discovered a love for retail after following her father Clive Nickolds around shops when he worked as a senior director at M&S.

She joined John Lewis in 1994 as a graduate trainee at its flagship store on Oxford Street and landed her first major job as a buyer in childrenswear.

The major revamp comes as its parent company, John Lewis Partnership, warned profits were expected to hit zero by the middle of its financial year after they plunged 77 per cent to £104m last year.

Other retailers are struggling to keep customers interested in their shops, including Marks & Spencer, which is closing 100 stores over the next few years.

Paula Nickolds, managing director of John Lewis, said: ‘It’s a really, really tough time for retail at the moment, and I think that was clear at the strategy update we made last month.’

The group will carry out a multi-million-pound renovation of its 40,000 sq ft womenswear floor in its flagship Oxford Street shop in September and install a shoe room. It will be a tie-up with footwear retailer Kurt Geiger, as John Lewis looks to take its range more upmarket.

As part of its attempt to grab more sales in the ultra-competitive womenswear market, John Lewis is building a £500m own-label fashion business in what it described as its ‘most important launch to date’. The collection will feature 800 pieces costing from £10 for a T-shirt to £250 for a cashmere coat.

It will launch brands instore, including an exclusive tie-up with American label J Crew.

The Oxford Street shop will also host a cinema in its rooftop bar, The Gardening Society.

The retailer already hosts events, including pilates and yoga classes and live music.

John Lewis is considering replicating the success of The Gardening Society by opening one on the roof of its shop in Southampton, which is included in the pilot scheme.

‘At a time when other retailers might be cutting back, I am determined that we will invest in differentiation and innovation to ensure we take advantage of our unique position,’ Nickolds added.