Joules – the brand known for its bright wellies and outdoor clothing – revealed higher than expected profits for the year today, making it a bright spot on the otherwise largely bleak retail horizon.

It said its reputation for ‘quality, Britishness, family values, colour and humour’ helped it to attract nearly a quarter more shoppers in the year, while a number of its High Street rivals grapple with falling footfall and sales.

Bumper sales of outerwear, dresses and tops contributed to an 18.4 per cent spike in revenues to £185.9m last year year, helping pre-tax profits surge 28.5 per cent to £13m – more than analysts were expecting. 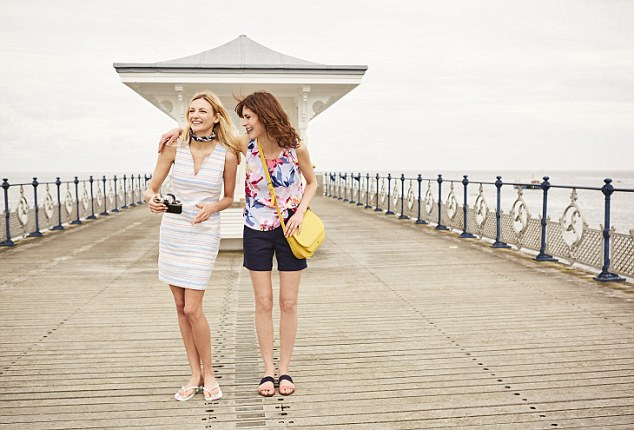 Joules said tops, dresses and outerwear have been particularly popular in the year

Joules’ efforts to expand internationally started to pay off, with its global operations – largely in the US and Germany – now making up more than 13 per cent of the group’s overall sales.

Acknowledging the troubling conditions on the UK High Street, Joules said: ‘The shift towards online shopping in combination with sector discounting, cost and consumer spending pressures is making life incredibly challenging for some retail businesses.’

However, the firm appears to be swerving the gloom.

While many other companies are shutting up shop, Joules opened 15 new stores in the year, and said it would continue to do so. 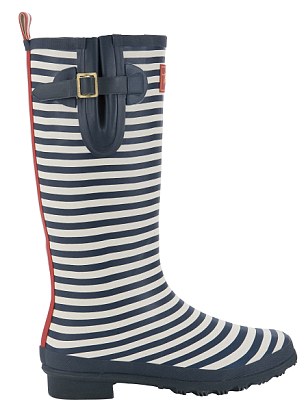 Joules is known for its signature colourful wellies

It puts its seeming resilience down to a ‘flexible business model’ and access to customers through multiple channels, including online, wholesale, concessions, stores and social media.

The self-styled ‘lifestyle brand’, which is head-quartered in Market Harborough, where it launched three decades ago, has 123 stores in the UK and Ireland and also sells through John Lewis and Next.

It does not yet have standalone stores in the US, but has introduced its brand through department stores including Nordstrom and Dillard’s.

Boss Colin Porter, who took over at the helm from founder Tom Joule in 2015, said: ‘It has been another strong year of growth for the Joules brand, with our continued expansion within the UK and international markets enabling the group to a profit performance ahead of initial expectations.’

Joules shares are up around 22 per cent in the year to date, and jumped 8 per cent in early trading today, following the results Liberum analysts dubbed ‘outstanding’.

‘Joules has a strong brand, heritage, low fashion risk and wide appeal. It is gaining share in the fast-growing premium lifestyle sector where multiple growth levers exist including stores, online, wholesale and international,’ they said.

Paul Hickman, analyst at Edison Investment Research added: ‘Over its short history on the market, Joules has defied wider macroeconomic uncertainties, consistently delivering double-digit sales growth across all channels and is developing a track record of beating market expectations.’