Scandal-hit KPMG has been fined £3m and reprimanded over ethics breaches in its work for Ted Baker.

Audit partner Michael Barradell, 48, has also been rebuked and fined £80,000 after he and the accountancy firm admitted misconduct over the work done for the fashion chain in 2012 and 2013.

The fines from the Financial Reporting Council (FRC) are a further major embarrassment for KPMG just weeks after it was singled out by the watchdog for an unacceptable decline in the quality of its work. 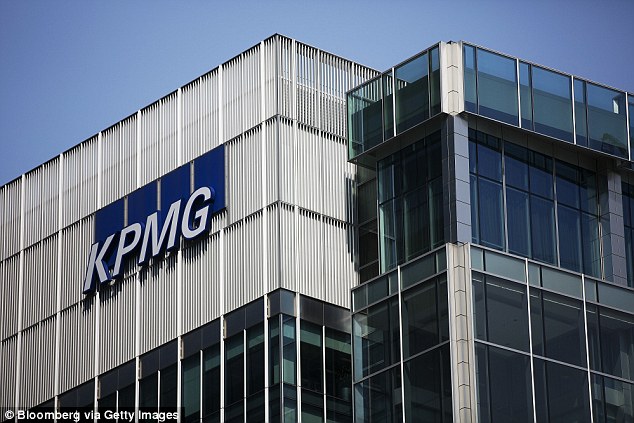 In June it was fined £4.5m over its audit of insurance technology company Quindell. It is also under investigation by the FRC for work with drinks firm Conviviality, collapsed builder Carillion, as well as Rolls-Royce, BNY Mellon, Co-op Bank, and Equity Red Star. The FRC said KPMG compromised its independence by acting as an expert witness for Ted Baker in a civil claim at the same time as checking its books.

Investigators found the set-up meant that KPMG risked drawing on the evidence of its own department when considering in what way costs for the claim should be recognised in its accounts – and then went ahead and did exactly that.

FRC said this arrangement was banned by ‘prevailing ethical standards’ at the time of the work and should not have been accepted by KPMG.

The FRC said KPMG failed to flag up details of non-audit fees to their ethics partner in time so a decision could be made about whether they should step down from any of the work to avoid conflicts of interest.

The FRC has been baring its teeth, having just fined PwC £10m for its work checking the books of bust retailer BHS.

It is under pressure to get tough after accusations it has been too weak. There have also been calls for a break-up of the Big Four accountancy firms amid concerns they are too cosy with their clients and too little competition lessens the quality of their work.

Claudia Mortimore, interim executive counsel at the FRC, said: ‘Ethical standards are critical in supporting the confidence that third party users can reasonably have in financial statements.’

A KPMG spokesman said: ‘We are committed to upholding the highest standards of independence and regret that in this instance our processes fell short of the standards that we expect of our firm.

‘This case is one of a number which have been under investigation by the FRC for some time and which relate to work undertaken several years ago.

‘We have been cooperating fully with our regulator to resolve these older matters and are hopeful that several will be concluded in the near future.

‘Where there are lessons to be learned, we will learn them.’

Accountants at PwC charged up to £1,156 per hour for work on Carillion, it has emerged.

PwC charged £20.4m for the first eight weeks in the builder’s insolvency, with staff paid an average of £356 an hour, directors £559 an hour, and pension specialists £1,156 an hour at partner level.

Gail Cartmail of Unite said: ‘For the thousands of workers who have lost their jobs, these figures will be viewed as excessive.’

PwC said: ‘We understand concerns over the cost of the liquidation. However, without this work the cost to jobs, the economy and the taxpayer would be higher.’