Gambling giant GVC Holdings, the owner of Ladbrokes Coral, is poised to announce a $200million (£153million) tie-up with the world’s biggest casino operator this week.

Under the deal, which is being finalised over the weekend, GVC will sign a joint venture with US giant MGM Resorts International, which owns world-famous casinos such as the Bellagio and Mirage in Las Vegas.

Both firms will initially commit $100million to the 50-50 joint venture, which will encompass online sports betting and other interactive gaming services across the US. 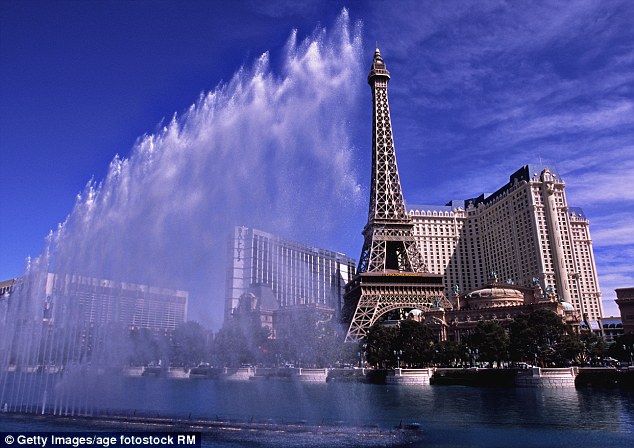 World famous: The fountain at the Bellagio Hotel and Casino in Las Vegas

A spokesman for GVC confirmed last night that the talks are at an ‘advanced stage’. The deal could be announced as soon as tomorrow.

According to reports, the joint venture could pave the way for a full-scale merger between GVC, valued at £6.29billion, and MGM, which has a market value of $17.5billion (£13.4billion).

GVC is the UK’s largest high street bookmaker after buying Ladbrokes Coral in March to add to brands such as Sportingbet, PartyCasino and FoxyBingo.

GVC’s swoop capitalises on May’s landmark US Supreme Court ruling to allow states across the country to legalise sports betting – opening up a potential multibillion-dollar market.

The partnership will launch in Nevada, currently the only US state where sports betting is legal, before extending to further states. A GVC spokesman said: ‘The group can confirm that discussions are at an advanced stage.’