House of Fraser’s rescue deal could be unravelled by landlords who are planning to take legal action against it.

A group of property giants, including Westfield, are reportedly considering a challenge to the department store chain’s drastic plan to shut more than half its stores.

The proposals are part of a company voluntary agreement put forward by the retailer on Thursday after drawn-out negotiations. 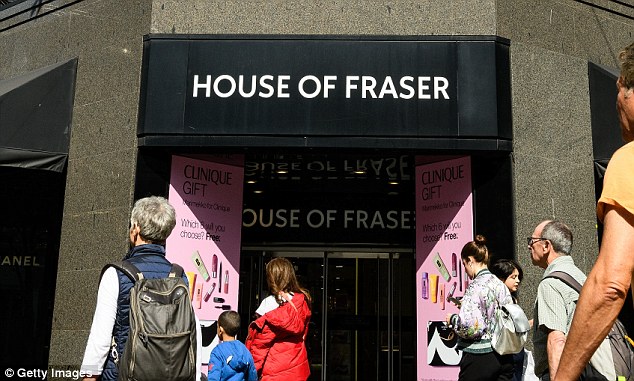 A group of property giants, including Westfield, are reportedly considering a challenge to House of Fraser’s drastic plan to shut more than half its stores

They would require support from at least 75 per cent of House of Fraser’s creditors.

But Westfield and others say their voting power has been diluted in a change that effectively ‘loads the dice’ in favour of the plans.

They have been advised by restructuring firm Begbies Traynor that there is a strong case to argue they are being treated unequally.

About 6,000 jobs are at risk under the retailer’s proposals, which could see 31 shops, including its flagship Oxford Street store in London, shut next year.

The firm faces possible collapse without the rescue deal. It is set to hold a vote on the plans at a creditor meeting on June 22.