It’s been described as ‘gloriously ugly’. And it would seem that’s the only good thing to say about Thurrock services on the M25.

The Essex site has just been named as the worst in England in a survey that gave it a customer satisfaction rating of just 68 per cent.

The services, near the Dartford Crossing, have received a number of critical Google and TripAdvisor reviews in recent months.

Users claimed the toilets are ‘disgusting’ and advised motorists to ‘avoid if you have other options’. 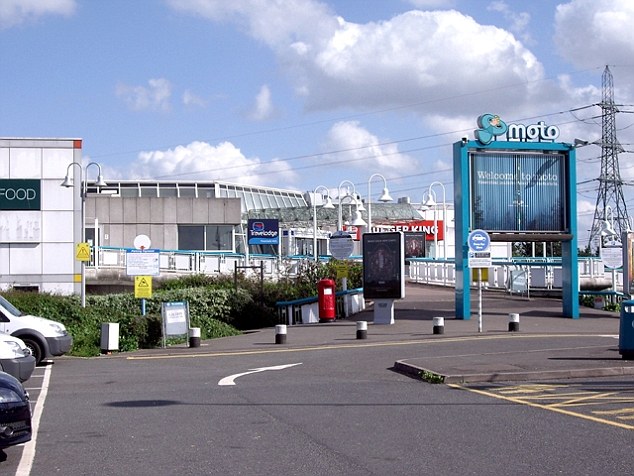 The ‘gloriously ugly services at Thurrock on the M25. It has just been named as the worst in England in a survey that gave it a customer satisfaction rating of just 68 per cent 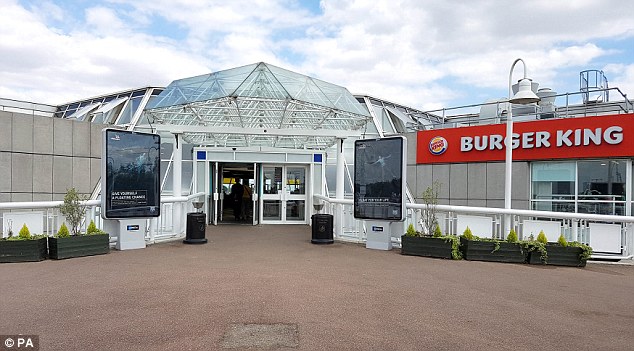 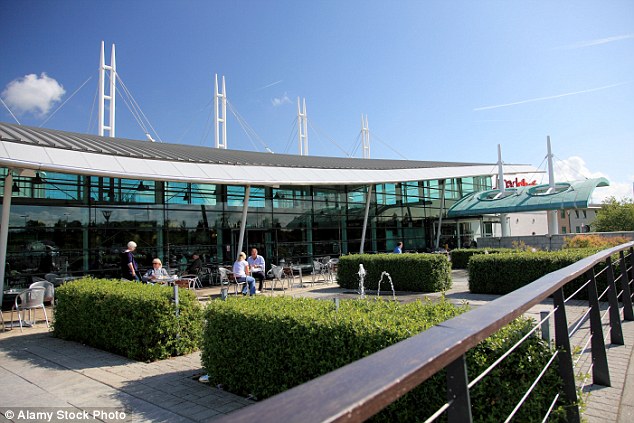 In deep contrast to the low score for Thurrock, the services at Norton Canes (M6 toll), pictured, were rated the best by users

Others complained that there are not enough parking spaces for lorries, with reviewers warning that the car park is a ‘free for all’, ‘quickly becoming a nightmare’ and ‘an accident waiting to happen’.

One described it as ‘gloriously ugly’.

Watchdog Transport Focus gauged the views of 9,600 customers on the state of toilets, staffing levels and food at 111 service areas in England between February and April. Four of the five lowest ranked services are operated by Moto.

A spokesman for Moto said its service areas scored an average of 90 per cent but ‘major redevelopment works’ at Thurrock and Toddington southbound ‘had a negative impact on our customers’ perceptions’.

She added: ‘There is still much work to do on improving customer satisfaction even more.’ Transport Focus found the best stopping-off point in England is Norton Canes on the M6 toll road in Staffordshire, which earned a score of 100 per cent.

‘Visitors praised its newly refurbished toilets and the choice of food and drink served by friendly staff. It just pipped ten services scoring 99 per cent, including Wetherby on the A1(M) in West Yorkshire, Pease Pottage on the M23 in West Sussex and Woodall southbound on the M1 in South Yorkshire.

Across all service stations, 92 per cent of customers said they were happy with their visit, although just 66 per cent thought the food or drink available was good value for money.

More than half of those questioned said they were annoyed that fuel costs more at motorway service stations than elsewhere. 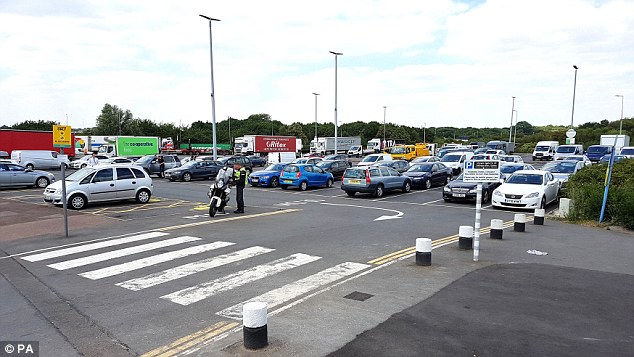 But Transport Focus said it did not have permission to interview on service station forecourts, and pointed out that they are often operated by a separate company.

‘Operators need to focus on ensuring customers see their experience as value for the money they’ve paid – that there is a good range of food on offer and that buildings are maintained to a high standard.’

RAC Foundation director Steve Gooding said: ‘No one expects motorway service areas to be five-star attractions but they do serve an important safety role for those on long journeys, particularly drivers who need to take a break.

‘When a service area gets a reputation for being unattractive, the risk is people put off the stop they ought to make, and that can have serious consequences if they then run out of fuel or fall asleep.’