For years, This is Money has argued that bank fraud is too much of a grey area for those who fall victim to sophisticated scams and struggle to get refunded.

Often, banks find panicked customers who have been defrauded of huge sums guilty before they can attempt to prove themselves innocent.

They have ‘grossly negligent’ stamped onto their heads and find it difficult to scrub off.

However, this week the Financial Ombudsman Service has spoken out, potentially driven by the number of cases it has been receiving where banks are simply passing the buck. 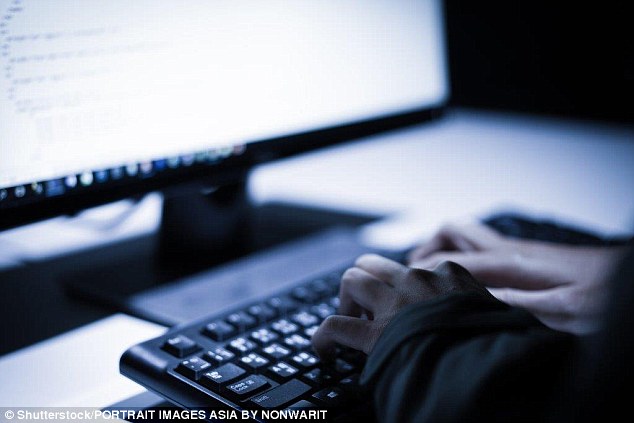 Passing the buck: The FOS has said it is simply not good enough for banks to label fraud victims ‘grossly negligent’

The FOS is the last ditch organisation for victims to use if they feel they have been unfairly treated by their bank.

It has warned banks to stop dodging payouts for fraud victims by unfairly branding them negligent.

It is a word This is Money has seen many times when covering fraud cases, even for those which we believe the average person in the street would fall for the scam.

In current law, banks can refuse to compensate fraud victims if it can prove they were ‘grossly negligent’.

But this is being interpreted to include almost anyone who hands over personal details to fraudsters or transfers money into a criminal’s account.

I have sympathy for both customer and bank – neither want fraud to happen. I lose sympathy when a bank refuses to refund money, citing gross negligence, in situations where the customer – often elderly – has been the victim of a sophisticated scam.

They are implying the victims are stupid.

We’ve even seen banks write to customers on the same day they have reported fraud saying it has been fully investigated and it won’t be paying the money back thanks to those two dreaded words.

The FOS says that ‘gross negligence isn’t a term to be used lightly’ and cannot be used inappropriately as an excuse not to pay up.

This can be seen as a small victory for customers as banks will be told to cover losses if they cannot provide evidence to back up their negligence claim.

Whether banks listen or not is another question – but it is a step in the right direction.

The FOS says that proving a customer has been grossly negligent is ‘an increasingly difficult case to make’ because criminals are using such clever technology.

We never think fraud is going to happen to us as we’re too clever to fall victim, but it’s not the case – and the vulnerable and elderly especially are all too frequently in the crosshairs of fraudsters.

The Financial Conduct Authority says it interprets gross negligence to mean the customer showed ‘a very significant degree of carelessness’.

In some cases they have. But in many others they haven’t – and are still refused a refund.

Caroline Wayman, chief executive of the FOS, said: ‘It’s not fair to automatically call a customer grossly negligent simply because they’ve fallen for a scam.

‘That’s especially true in light of the sophisticated way criminals exploit banks’ security systems – and convince customers that their money is at risk.’

The fraud epidemic has grown substantially in recent years.

Customers are often pushed to report it to Action Fraud, but the organisation typically takes more than 11 minutes to answer the telephone. It also doesn’t do much in the way of investigating.

We always want to keep our readers up-to-date with the latest fraud, including this sneaky new tactic fraudsters are using to bypass security checks.

We launched our Beat the Scammers section of the website in 2016 – it is a must bookmark page for not only you, but relatives and friends as well.

We mustn’t let banks have the grossly negligent excuse to fall back on and arm ourselves with as much knowledge as possible to prevent us ever needing a service like the FOS to step in and help.