Leon has high hopes for its US expansion – and convincing Americans to give its fish-finger wraps and Moroccan meatballs a go.

The British chain will open its first US outlet in Washington DC in August in a bid to encourage fast-food fans to swap Big Macs and hot dogs for healthier alternatives. 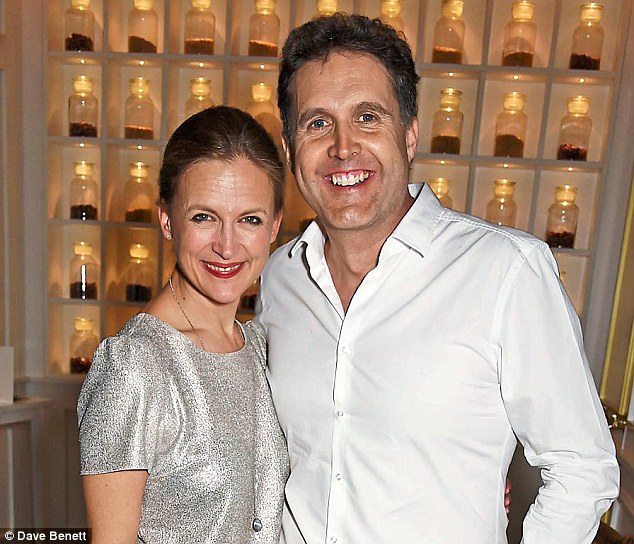 On the up: Chief executive John Vincent (pictured with his wife, broadcaster Katie Derham)

It now has 49 restaurants in the UK as well as sites in Amsterdam, Utrecht and Oslo. It has also published a series of cookbooks.

Chief executive Vincent said: ‘From the start, we asked ourselves, why can’t fast food be good food?

‘Food that tastes naturally great, is remarkably good for you, is affordable for all, and is kind to the planet.

‘DC is a wonderful city and I can’t wait to begin our American adventure here.

‘We chose DC as our entry point into the US market because of its culturally creative mindset, pedestrian-friendly landscape, and “foodie-lifestyle”.

Vincent said the opening would be used to kick-start its international expansion plan.

Its menu includes hot meals such as chicken, lemon and olive tagine, rainbow mezze salad and halloumi wraps. But the firm said it will tailor the menu to suit US tastes.