Former BHS boss Darren Topp has been forced out as chief executive of LK Bennett to be replaced by the head of a fashion chain which collapsed into administration this year.

Topp will leave the womenswear retailer, a favourite of the Duchess of Cambridge, next month after it decided it was ‘the right time for him to move on’. 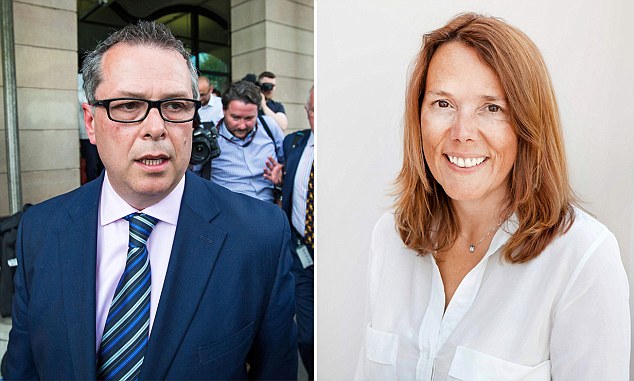 On the move: LK Bennett has forced out Darren Topp and Diana Hunter resigned from Bargain Booze

He will be replaced by Erica Vilkauls, who was chief executive of womenswear chain East for just three months earlier this year, during which time it went bust for the second time in three years.

Patrick Woodall, chairman, said: ‘We agreed that now would be the right time for Darren to move on to new challenges that he had in mind.’

The boss of Bargain Booze owner Conviviality has stepped down as the hangover from a week of financial chaos sets in.

Diana Hunter’s resignation comes after a sobering statement to shareholders last week which revealed it owed £30m to the taxman and, as a result, had cancelled its dividend.

Conviviality suspended trading in its shares on Wednesday. Hunter, 49, will leave the drinks business with immediate effect after five years at the helm. She was handed a pay package of £966,000 last year, up from £844,000 a year earlier.

Conviviality’s non-executive chairman David Adams will step in. The company issued two profit warnings in a week and admitted it had miscalculated its forecasted earnings. The revelation sent Conviviality’s share price tumbling by 64 per cent.

Conviviality said it would update shareholders in due course.