When it comes to buying a house, look out for these telltale signs to avoid living next to the neighbours from hell

Max Davidson for the Daily Mail

Our idea of the perfect neighbour would be Sir David Attenborough. If the great man is not available, then Mary Berry would be considered an acceptable substitute — as would Stephen Fry, singer Ed Sheeran or even the Duke and Duchess of Cambridge.

Those are the (not so surprising) findings of a poll on neighbourliness by GoCompare. Sadly, it did not ask respondents which celebrities they’d least like as neighbours, which might have been far more revealing.

But they did ask which forms of un-neighbourly behaviour people found the most annoying, and the results were quite instructive. 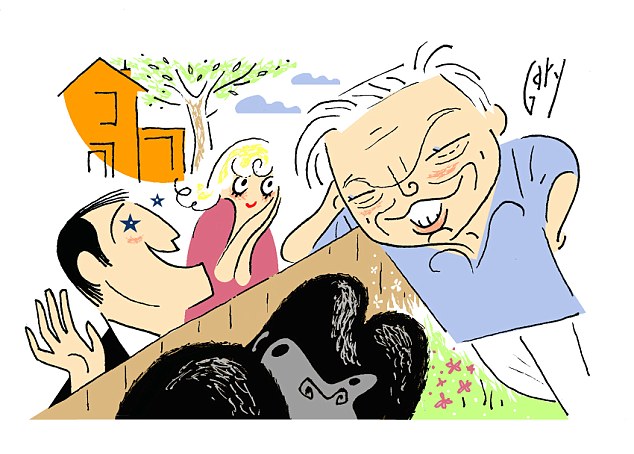 Please stop: Overly talkative neighbors can turn a dream house into a nightmare

Top of the poll was the playing of loud music or other noise pollution. In second place was badly behaved pets, and in third, ongoing issues around rubbish.

Disputes between neighbours are notoriously combustible, which is why people moving house are well-advised to keep an eye out for potential problems. Forewarned is forearmed.

In a perfect world, people buying a property would get to subject their prospective neighbours to detailed cross-examination before signing on the dotted line. It does not work like that, of course.

But there are plenty of simple precautions you can take.

Ask yourself some questions: does the house or flat you are viewing share common parts, such as hallways or forecourts, with neighbouring properties? If these are a mess, it is almost invariably a sign of inconsiderate neighbours.

Are there lace curtains in the front window next door? It is not a crime, but might those innocent-looking nets conceal a nosy parker neighbour who will make life a misery?

Neighbours who can talk for England are another menace. If you see them loitering when you are viewing the next-door property, itching to talk, be afraid. You could be in for 20 years of tedious conversation about hip replacements and holidays in Cyprus.

Is there a BEWARE OF THE DOG sign hanging on their front door? It might just denote a humourist, the owner of a miniature dachshund. Or it might instead portend a brace of slathering rottweilers. Worth investigating.

ON THE MARKET: Spick-and-span gardens 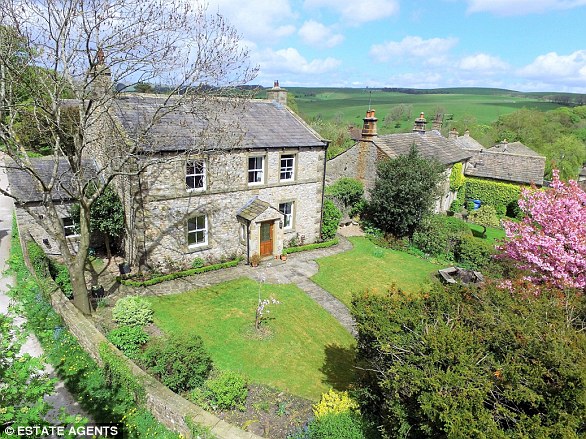 Home comforts: This four-bedroom house has a vegetable patch to suit the green fingered

A yew-tree arch leads to the door of four-bedroom Lambert House in Airton, 10 miles from Skipton. The garden, which overlooks the Dales, has a vegetable patch and a stone-flagged courtyard. 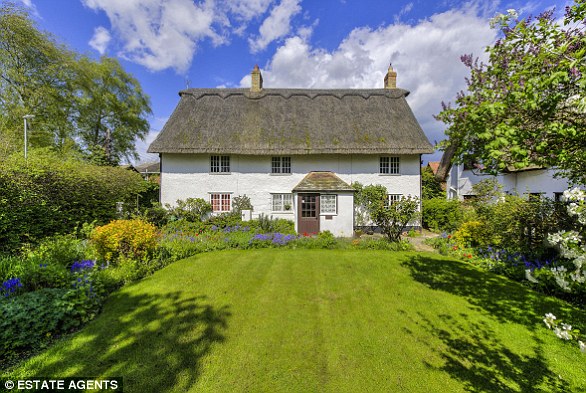 Pristine: The bordered law of this Grade II-listed thatched cottage is kept in fine condition

In the Cambridgeshire village of Great Staughton is this four-bedroom Grade II-listed thatched cottage. A bordered lawn and cobbled path are enclosed by a pretty picket fence.

What are the neighbours’ politics? Visible signs of diametrically different views — whether that’s an EU flag or a Che Guevara poster in the window — might set alarm bells ringing that this is not your sort of place.

And how noisy are they? If you view a property only during daylight hours, you won’t get much of a clue. So make sure to pay a second visit in the evening.

Neighbourhoods can change at night, sometimes dramatically. I once bought a flat on a tree-lined street in Paddington, blissfully unaware that, after midnight, it was a popular haunt for street-walkers and kerb-crawlers. Better research would have spared my blushes.

Don’t just use your eyes and ears, use your nose, too. Neighbours who smoke dope or have late-night barbecues can be a menace.

Incidentally, never assume the person trying to sell you the property will be on-side in your quest to detect bad neighbours. If they are evasive when you ask questions, that might be a clue.

Another useful precaution, particularly if buying a flat, is to check whether the neighbouring property is listed on Airbnb or otherwise available for short-term rentals. If it is, there is a fair chance that people will be coming and going at all hours, with all the disruption that can bring.

In Britain as a whole, the spirit of good neighbourliness is still alive and well. One of the other findings of the survey was that half of those questioned said that they regarded their neighbours as friends. That is how it should be.

But there are some truly atrocious neighbours lurking in the shadows and, if you do not want to be saddled with one, you need to keep your wits about you.