Love Island outfitter Boohoo eyes sales of £1.5billion within three years as it targets US growth

Love Island outfitter Boohoo eyes sales of £1.5billion within three years as it targets US growth 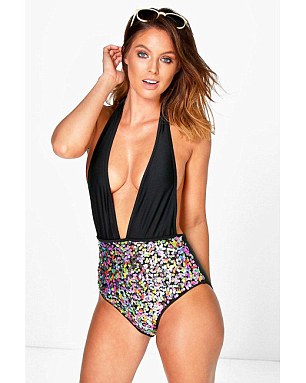 Online clothing retailer Boohoo could hit sales of £1.5 billion within three years under plans to rapidly expand its business across the globe.

The Manchester-based fashion retailer has already been targeting the US, Europe and Australia which has lifted sales in the past six months by almost 50 per cent, according to forecasts drawn up by analysts at broker Peel Hunt.

That has set it on course to more than double sales by 2021 from £580 million last year as it cements plans for new warehouses and extended product ranges, Peel Hunt predicted.

Boohoo has become one of Britain’s most successful online retailers alongside the likes of Ocado and ASOS. The forecast sales surge places it in sharp contrast to the high street which has suffered a series of high profile collapses this year.

Peel Hunt said the firm’s share price has been hampered recently over fears of online taxes in some of its markets.

But the broker pointed out that Boohoo, which is set to update the market by the end of the month, has successfully navigated recent changes to the Australian and US tax systems and it added that prospects for the share price look bright.

The stock has fallen to 177p a share from its peak of 266p in June last year. But Peel Hunt believes the price could soar as high as 300p in the next 12 months. Broker Jefferies said: ‘We consider Boohoo to be very well placed for a profitable key Christmas trading period.’