The Mini Cooper is one of the nation’s favourite cars.

Since BMW bought the rights and relaunched the model in 2001, the retro runaround has become one the must-have motors – even for some celebrities.

Among those VIP drivers is the iconic singer and actress Madonna, who not only bought one in 2002 when she lived in London with her then husband, Guy Ritchie, but rapped about it in one of her hit singles.

And now it could be yours, as it has just been put up for sale in London. But the premium might just make it the most expensive new-generation Mini ever. 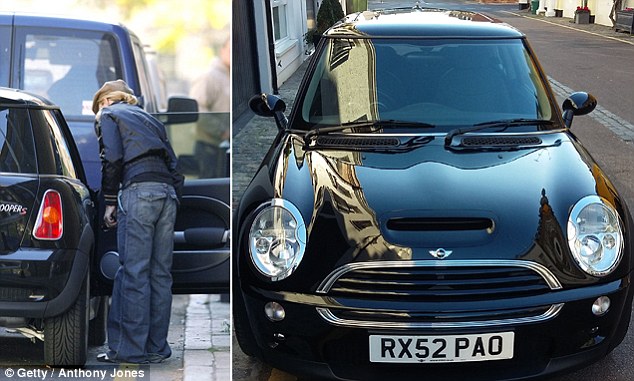 Madonna’s Mini: This Mini Cooper S was owned for four years by the US megastar. She bought the car in 2002 when living in London with then-husband, Guy Ritchie

The car is a Mini Cooper S, with a supercharged 1.6-litre petrol engine.

It was ordered new by none other than Madonna L Ciccone in October that year and registered to the Ciccone 1989 Trust.

The Mini factory in Oxford were said to be so excited that the US singer had ordered the car that all the Cowley plant workers who assembled it signed inside the bodyshell and under the bonnet before it left the production line.

Former insurance details and the car’s V5 logbook – both of which are available with the car – list both Madonna and Guy Ritchie’s names.

Madonna – who celebrates her 60th birthday on Thursday – loved the motor so much that she even included it in a lyric in one of her songs at the time. 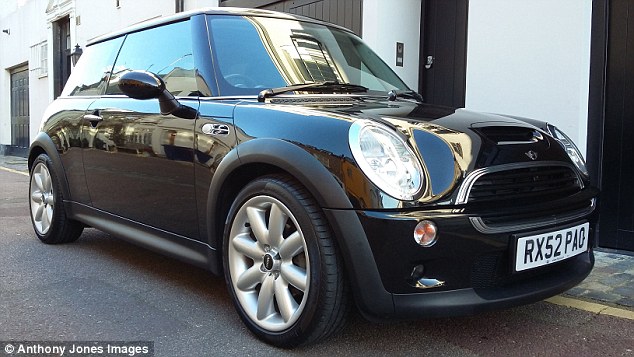 The car has appeared on Auto Trader, listed by a motor specialist who has offered it for a staggering £55,000 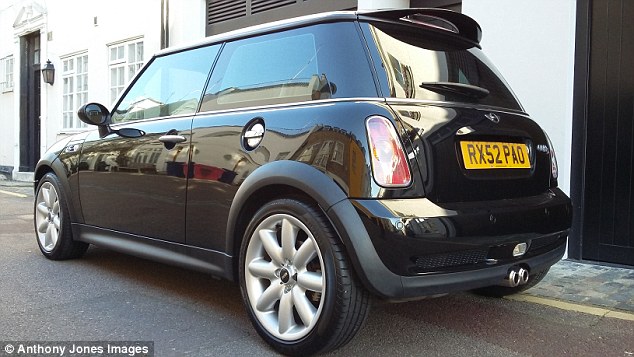 The car has covered just 25,000 miles from new and is fitted with just about every optional extra Mini could put on it 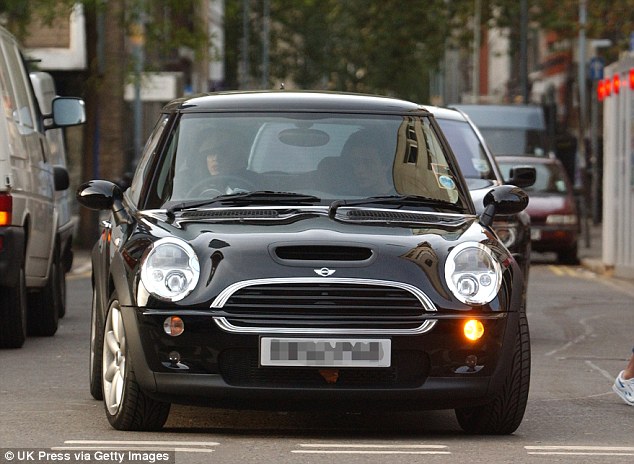 Madonna was frequently pictured driving the Mini Cooper S in London, often using it to take her daughter to school and back

The 2003 hit American Life – which went to number two in the UK and topped the US charts – included the line: ‘I drive my Mini Cooper, and I’m feeling super-duper, yo they tell me I’m a trooper, and you know I’m satisfied.’

The megastar was frequently snapped using the nippy three-door Mini to drop her daughter off at school and to pop to the recording studio where she was working on her ninth studio album under the same name as the single she quoted the car.

She kept the vehicle for four years before selling it to one of her personal drivers in 2006, who then put it into storage.

Having rarely been used since, it still has incredibly low mileage of 25,000 and remains in pristine condition with just two registered keepers. 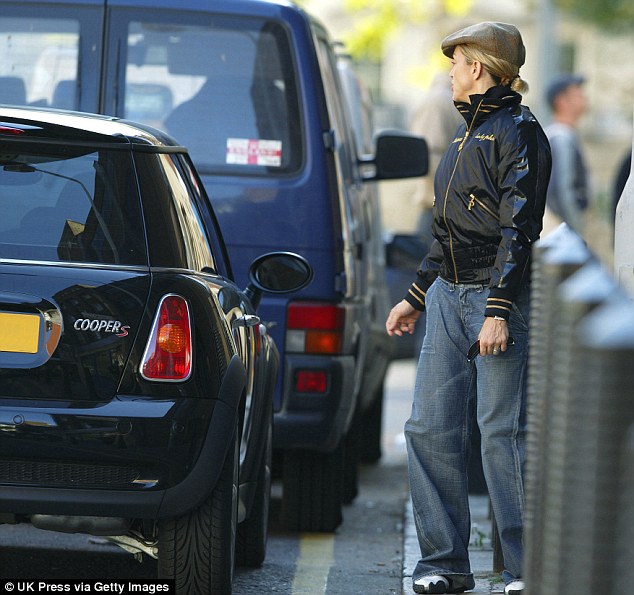 Madonna pictured taking her Mini Cooper S for a drive in 2002, accompanied by daughter, Lourdes. A year later the car would be rapped about by the singer in the single American Life from the album under the same name 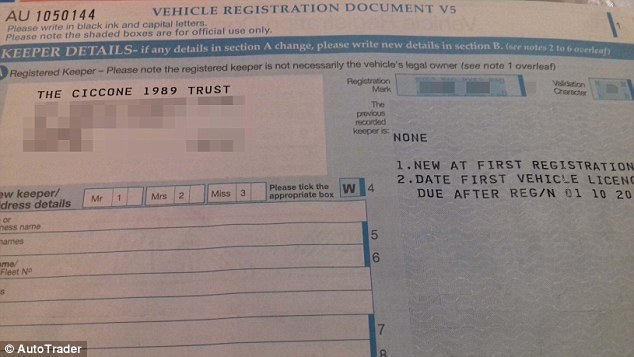 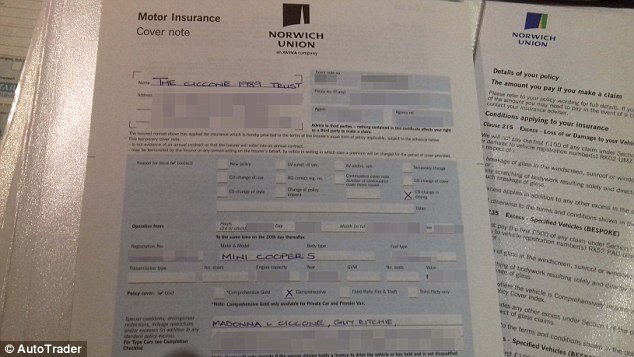 Several destinations that are still logged in the sat nav system relate to Madonna’s regular locations, including previous residential addresses in the UK and recording studios.

The car remained in safekeeping until 2016, when it featured at a Historics at Brookland auction on 20 August that year.

But in just two years, the current keeper – a specialist car collector in Chelsea – has listed it for more than double that sum, hoping a Madonna fan will fork out for it.

The car is listed on Auto Trader with a guide price of £55,000 – surely a record amount for any modern-generation Mini.

The advertised price is £14,000 more than the cost of a special edition new Mini Cooper S Goodwood Edition, that was created in partnership with Rolls-Royce in 2011. 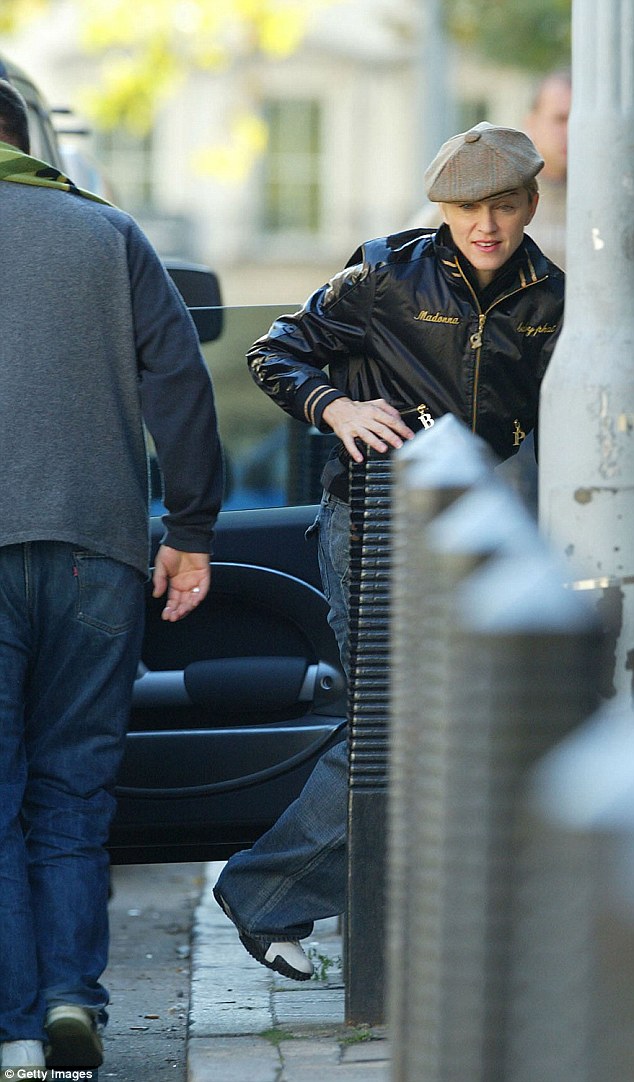 Madonna rapped about the car: ‘I drive my Mini Cooper, And I’m feeling super-duper, Yo they tell me I’m a trooper, And you know I’m satisfied.’ 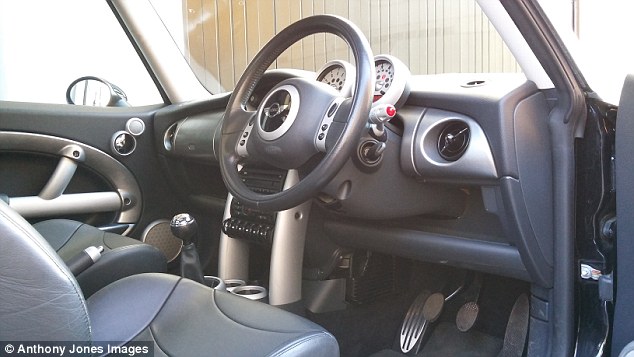 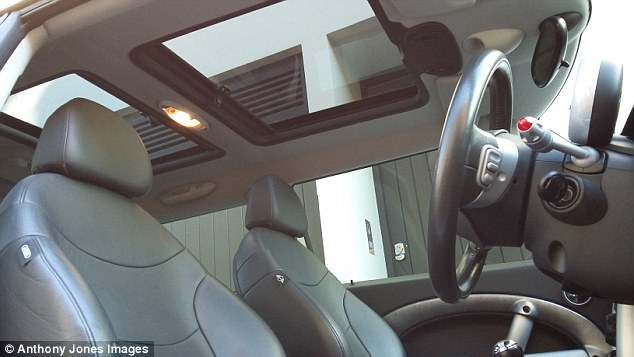 Few Cooper S models of this age with such low mileage are on sale today, though HPI values this model at £2,876 if it was sold by a dealer and £2,315 if sold privately.

That means the fact it was once owned – and sang about – by Madonna has increased it’s perceived value by £52,124, which is a premium of around 1,800 per cent.

‘Previously owned by one of the world’s biggest music sensations and affectionately referenced in songs and TV interviews, this is the most expensive Mini Cooper S on the market, because for many it’s not just a car: it’s a significant piece of Madonna memorabilia.

‘The three door Mini Cooper S Hatch is a modest choice for a celebrity of Madonna’s wealth, but a sensible one for a star living in central London wanting to go under the radar when on the school run.

‘It appears to be in immaculate condition still, so would make a lovely runaround for a Madonna fan with cash to flash.’

The Cooper S develops around 170bhp, can accelerate from 0 to 60 mph in seven seconds and has a top speed of 130mph. 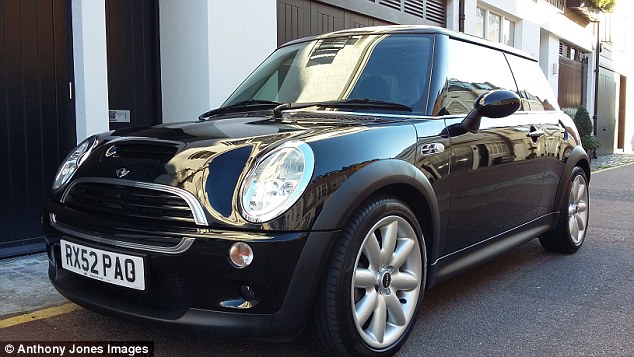 If the Mini does sell for £55,000, it will almost certainly be the most expensive Mini ever 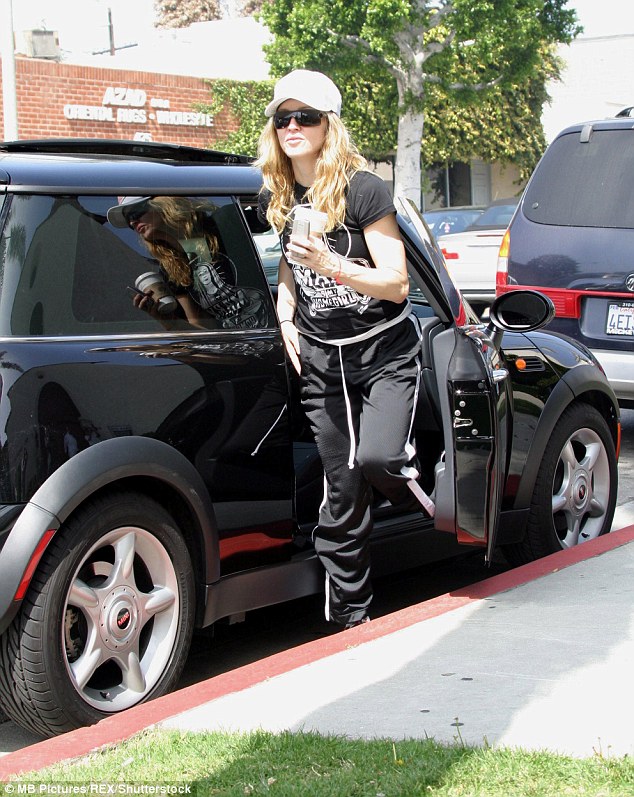