Is YOUR Homebase closing? Map reveals the 42 stores set to close in last-ditch deal to save the struggling DIY chain in latest blow to High Street

Homebase have released a list of the 42 stores set to close after the struggling DIY chain was saved in a deal with the company’s landlords.

Earlier today Homebase agreed to close the stores as part of a deal that means the chain will be given rent reductions on 70 shops and temporarily discounted business rates.

The stores will finish trading during late 2018 and early 2019, and are expected to lead to around 1,500 redundancies.

The High Street chain’s problems began two years ago after it was bought by Australian giant Wesfarmers for £340million. 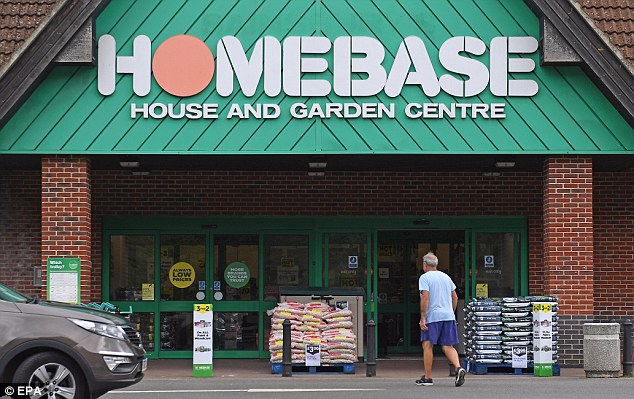 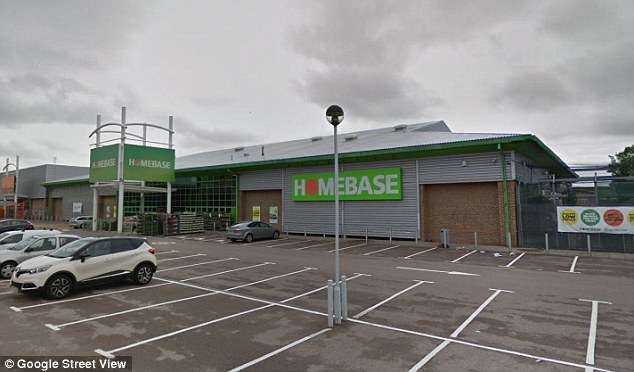 Homebase have 241 shops across the UK and 11,000 employees but many jobs will now go

Wesfarmers alienated Homebase’s loyal customers by stripping out home furnishings and attempting to rebrand as Bunnings – a popular chain in Australia and New Zealand.

After struggling for two years, Wesfarmers sold Homebase to Hilco for £1 in May.

A total of 16 Homebase stores have already been shut this year and the business has also axed 303 jobs at its head office in Milton Keynes.

Homebase boss Damian McGloughlin said: ‘We are pleased that an overwhelming majority of our creditors, including such a proportion of landlords, have supported the plans laid out in the CVA.

‘We now have the platform to turn the business around and return to profitability. This has been a difficult time for many of our team members and I am very grateful for their continued support and hard work. 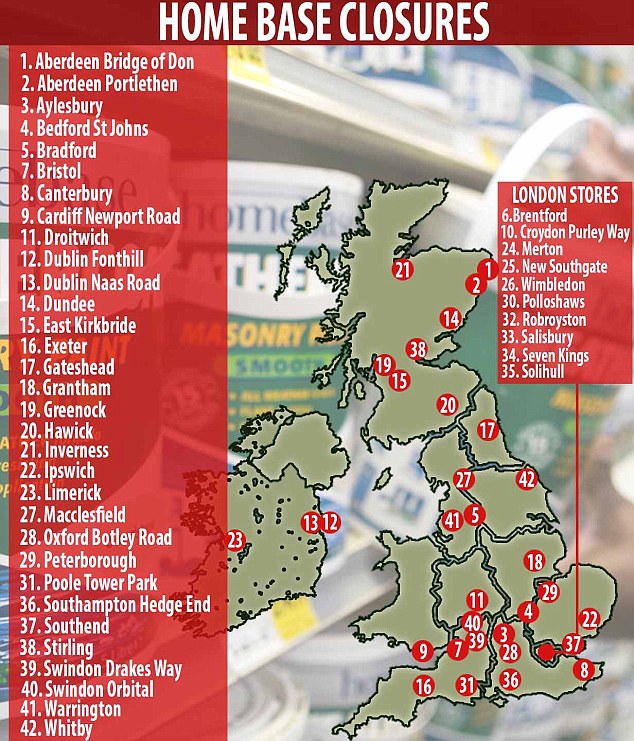 Home base store closures mapped: Dozens of stores will close across the UK, it has been announced

Which Homebase stores are closing?

‘We can look to the future with great confidence, and we will be working closely with our suppliers to capitalise on the opportunities we see in the home improvement market in the UK and Ireland.’

The firm said it would try to redeploy affected staff.

The retailer is closing the stores via a Company Voluntary Arrangement (CVA), a controversial insolvency procedure used by struggling firms to shut under-performing shops.

CVAs have been adopted by a host of retailers including New Look, Carpetright and Mothercare, despite the property industry expressing disdain for the procedure, arguing it leaves them out-of-pocket.