MARKET REPORT: 888 sinks as it says Auf Wiedersehen to Germany

Online gambling company 888 may cash in its chips in Germany following a clampdown on internet betting firms.

A German court dealt 888 and rivals a blow last week when it ruled it was illegal for online gambling sites to operate in the state of Baden-Wurttemberg.

The FTSE 250 company has an opportunity to appeal the decision but it says it may pull out of Germany altogether.

Analysts say the decision to leave could cost 888 up to 10 per cent of its earnings, although they believe that money could be made up in other markets.

A number of 888’s rivals, as well as the firms providing the payment technology to betting companies, have already stopped operating in Germany. 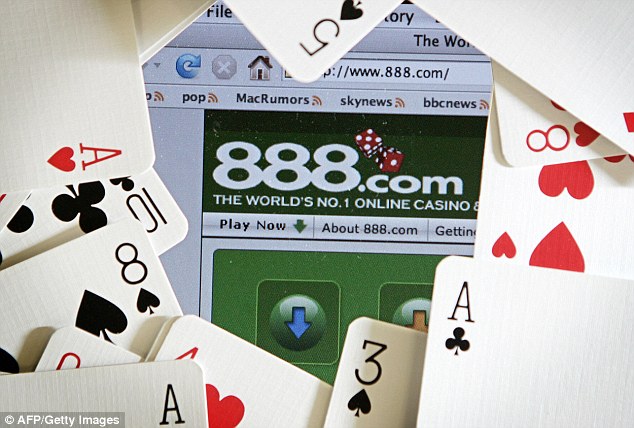 Bets off: A German court dealt 888 and rivals a blow last week when it ruled it was illegal for online gambling sites to operate in the state of Baden Württemberg, home to Stuttgart

The betting firm’s annual results reveal it has also set aside £32.3million to settle a potential German VAT bill as well as £3.9million to cover fines from the UK gambling watchdog, which cut its profits by 68 per cent.

Brian Mattingley, 888’s chairman, said: ‘The company is highly disappointed by this far reaching ruling and is considering potential courses of action, which may include a petition to the German Federal Constitutional Court, and is assessing the status and breadth of its offerings in the German market.’

Broker Peel Hunt argued 888 ‘always seems to find a way out’ no matter how tight a corner it’s in. In a note to investors, it added: ‘If 888 exits Germany in 2018, the revenue loss should be offset by strong growth in regulated markets.’ 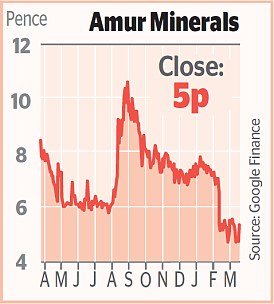 Shares in Amur Minerals Corporation soared after the miner found a major seam of nickel deposits.

It means its Kun-Manie nickel project in Russia has 50 per cent more resource than it previously thought.

There is thought to be nearly £15.6billion of metal deposits at the site, which borders China, Korea and Japan, the world’s largest nickel consumers.

Nickel is a key component in the batteries used in electric cars. Shares jumped 8.1 per cent, or 0.38p, to 5p.

Michelin’s £1.2billion deal to buy Fenner pushed the engineering firm to the top of the FTSE 350.

Yorkshire-based Fenner agreed the deal with the French tyre maker after markets closed on Monday. At closing yesterday, Fenner’s shares had jumped 24.9 per cent, or 121.9p, to 612.5p.

Investors cashed out of the firm that prints Britain’s bank notes following a downbeat profits forecast and the sudden resignation of its finance chief.

Basingstoke-based De La Rue warned investors that its profits would be on the lower end of analyst’s estimates, which range from £71million to £73.4million, for the year ending March 31.

Jitesh Sodha, its chief financial officer, is stepping down to ‘pursue his career outside the company’, although he will stay in his position until September.

The announcements caused De La Rue’s share price to plunge by 13.8 per cent, or 83p, to 519p. However, analysts at Investec said the share price fall was an ‘over-reaction’.

The book has been top of the charts for four weeks and drove ‘excellent’ sales in January and February, Bloomsbury said.

As a result, the publisher says profits will be ‘well ahead’ of expectations when it reports its results for the year on May 22.

Investec raised Bloomsbury’s target price from 210p to 215p on the back of the announcement.

Analysts at Barclays slashed the target price by more than a fifth to 52p due to a slowdown in London’s property market.

Barclays said Foxtons faces the ‘most challenging market conditions’ of the companies it covers. Foxtons’ shares were off 0.9 per cent, or 0.8p, to 81.6p at closing.