Investors fled flares-maker Chemring after an explosion at its Wiltshire plant on Saturday killed one worker and seriously injured another.

Work at the plant near Salisbury, which accounts for about 25 per cent of the company’s sales, has been suspended during a key period, with no date yet for production to restart.

Chemring said the incident could dent profits by between £10million and £20million, although the full impact could not yet be measured. 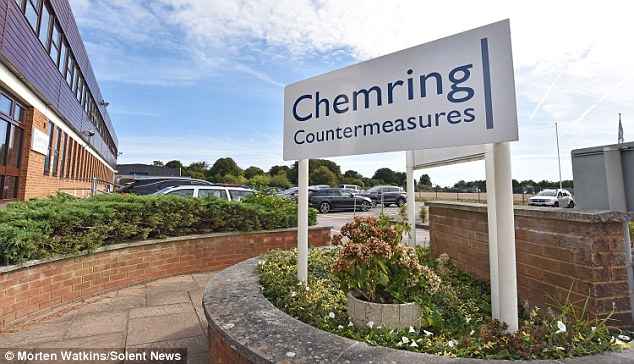 Traders sold as soon as the market opened. Shares fell to 180p before slowly climbing back up. They ended the day down 12.3 per cent, or 29p, at 207p.

Sports Direct investors appeared not bowled over by owner Mike Ashley’s snapping up House of Fraser on Friday, with shares down 1.4 per cent, or 5.6p, at 399.8p.

Analysts at Peel Hunt said: ‘The HoF deal is fascinating but the lack of any shared strategic plan for the stores means we can’t embrace management’s excitement with the deal.

‘We’d actually love to be more bullish, if only management would meet us half way. Or anywhere, in fact.’

Amid speculation about Ashley taking full control of other ailing department store Debenhams, its shares rose 9.5 per cent, or 1.11p, to 12.75p. They are still down from about 50p last year.

Investors also dumped online trading platform Plus 500 amid a regulatory crackdown, despite bumper profits and dividends. 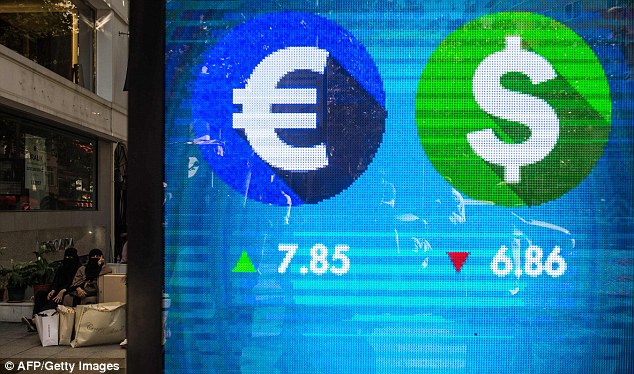 However, they warned that a clampdown on highly speculative trading coming into force this month means the exceptional performance was unlikely to be repeated. They said it could affect up to 30 per cent of group revenues in the short term. Shares closed down 16.3 per cent, or 328p, at 1680p.

Engineer Van Elle has had a rocky ride since joining the AIM market in 2016 priced at 100p per share.

Chairman and founder Michael Ellis tried to oust directors last year, claiming he could do better, but was shut down by shareholders.

Hopes are pinned on ex-Balfour Beatty director Mark Cutler, 49, who joins as chief executive in the next few months. 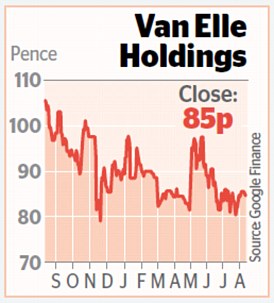 Fund management group Ashmore, seen as a bellwether for emerging markets, was also hammered. Its shares were down 5.4 per cent, or 19.4p, to 337.6p.

However, Ashmore also suffered from a note from Numis, whose analysts said they were concerned about the business’s outlook.

The business, which issued a profit warning in April, has been hit by falls in the US dollar, lower freight rates and the slump in the oil price.

Yesterday it posted an 18 per cent fall in profits to £18million and a 2.7 per cent decline in revenues to £152.6million.

But boss Andi Case said conditions in some markets had improved and he had confidence in the business’s future. Shares rose 6.6 per cent, or 170p, to 2755p.

At the junior end of the market, investors were happy with miner Scotgold Resources as chief executive Richard Gray said major advancements have been made on its plans to start Scotland’s first commercial gold mine.

Despite delays, the Cononish mine, near Tyndrum, Stirling, remains on course to start producing in 2019. In 2016, Scotgold sold commemorative coins made of gold previously taken from the mine in a bid to drum up interest. Shares rose 1.9 per cent, or 0.5p, to 26p.