Having had three bids for the Irish drug maker Shire turned down, it returned with an improved fourth yesterday.

Botox maker Allergan was also in the running to buy the FTSE 100 firm before pulling out of the race on Thursday in a takeover pursuit that is beginning to rival a soap opera for drama.

If Takeda succeeds with its latest bid, it will go down as one of the pharmaceutical sector’s largest-ever deals. 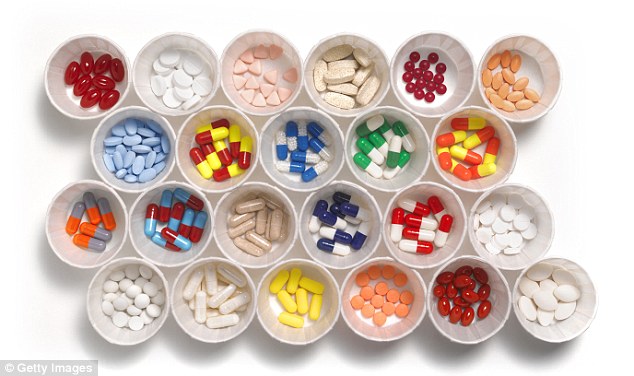 Having had three bids for the Irish drug maker Shire turned down, Takeda returned with an improved fourth yesterday. The new offer values Shire at £47 a share

Before Takeda’s latest approach, analysts claimed a deal for Shire was all but dead in the water.

But it raises hopes that a deal can be thrashed out before the 5pm deadline on April 25. The threat of a widespread attack by Russian hackers has sent shares in cyber security experts Defenx soaring.

The UK and US governments warned last week that Russian hackers were about to hack millions of smartphones and computers as tensions between the countries hit boiling point.

Since then, Defenx, which develops anti-virus software for smartphones and computers, has gone up 66.7 per cent. Yesterday, shares rose an incredible 57.1 per cent, or 10p, to 27.5p.

Alicante-based Sabadell, one of Spain’s biggest banks, is reportedly ‘open to further acquisitions in the UK’ after swooping on TSB in 2015.

Ian Gordon, an analyst at Investec, believes ‘growth stock’ Virgin would be a perfect acquisition amid ’emerging predatory interest’.

There was plenty of action elsewhere. Drug maker Hikma revealed its US subsidiary, West-Ward Pharmaceuticals, had launched an injection to combat chronic heart disease cardiomyopathy in certain women with breast cancer. Its shares ticked up nearly 2 per cent, or 23.5p, to 1208p.

Insurer esure won the backing of Peel Hunt, which upgraded it from ‘add’ to ‘buy’. The shares are more than 25 per cent off their June 2017 peak, but that now means that they look ‘undervalued’.

Mark Williamson, one of the broker’s analysts, said: ‘The shares have weakened to an extent that the valuation has now become attractive.’ Esure’s shares went up 1.9 per cent, or 4.2p, to 225.4p.

Engineer Meggitt has signed a five-year deal to supply electric valves and actuators to Solar Turbines, a supplier of turbines to the oil and gas industry and a subsidiary of US construction equipment giant Caterpillar.

A poor fourth quarter led to a 0.5 per cent sales dip in the year to March 31, although it said profit would still be in line with expectations. That reassurance calmed investor nerves and shares hopped 4.4 per cent, or 4p, to 94.5p.

On Aim, Omega, which makes allergy tests, tied up a global distribution deal with Immunodiagnostic Systems to sell its Allersys testing range and saw its shares rocket 36.6 per cent, or 3.2p, to 11.95p.