Half-year results from gambling giant Paddy Power Betfair were not as dazzling as shareholders had hoped, despite its boss claiming that the business was finally getting its ‘mojo’ back.

Investors were left with the prospect of a reduced pot of gold, as Paddy Power lowered its earnings expectations for 2018 from a range of £470million-£495million down to £460million-£480million.

Analysts at broker Peel Hunt said the reserved tone from management was hard to understand, since underlying earnings were up 1pc in the first half of the year and the second half had started ‘in line with expectations’. 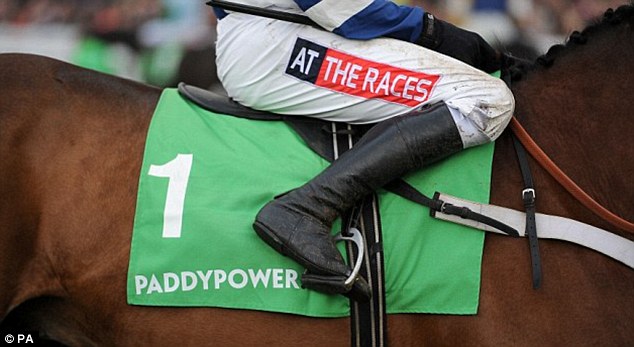 But better gaming and a strong end to the football World Cup, which raked in total revenues of £45million for Paddy Power and £8million in profits, were cancelled out by weakness in horse racing revenues on the Betfair exchange, among other things.

Chief executive Peter Jackson said: ‘The World Cup was a showcase event for Paddy Power, with a series of successfully executed marketing campaigns leading to it being one of the UK’s most talked- about brands in social media conversations.’

He was generally positive about the future, saying that the company now had a much better idea of upcoming regulatory changes in the betting industry across the UK, Australia and the USA.

But shares still slipped 7.1per cent, or 580p, to 7540p, following a path trodden last week by competitor William Hill whose shares took an 8per cent dive. Profit before tax rose 4per cent to £106million. Investec analyst Alistair Ross said the numbers were a ‘solid miss’, and added that he was disappointed that online growth had only hit 5per cent. 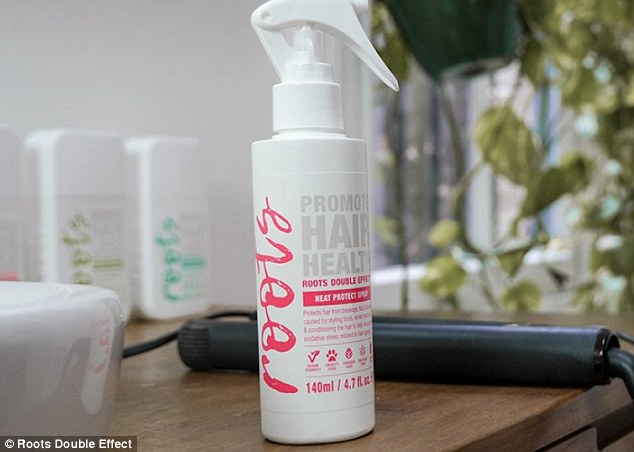 Hair and skincare company Innovaderma, which owns the Skinny Tan and Charles + Lee brands, was gleaming as it announced Tesco would start selling its new haircare range, Roots

Just outside the blue-chip index, wealth manager Quilter, which recently broke away from Anglo-South African bank Old Mutual, released its maiden set of results as a listed company. Shares crept up 0.7per cent, or 1.02p, to 150.58p as chief executive Paul Feeney hinted it still had more to offer.

He said: ‘While we have built a leading wealth management business, we are some way from demonstrating its full potential.’

It has announced a flurry of deals, scooping up Cobalt Blue and Regent Resources Interests which have cobalt-nickel exploration assets in Cameroon and the Ivory Coast.

It will pay for the companies using its own shares, meaning the mining professionals behind the two firms will now be shareholders. 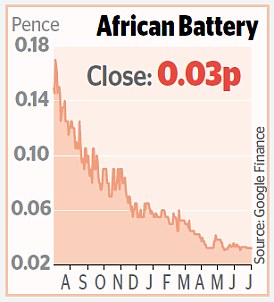 Profit before tax rocketed 16per cent to £110million, a record for the six-year-old company, while assets under management climbed 9per cent to £116.5billion. But analysts at Numis said the results reflected a ‘mixed picture’. On the positive side, the 12p per share special dividend was higher than predicted.

But there were clouds in the sky – the £116.5million of assets under management was less than Numis expected, showing clients weren’t piling cash in quite so keenly.

Hair and skincare company Innovaderma, which owns the Skinny Tan and Charles + Lee brands, was gleaming as it announced Tesco would start selling its new haircare range, Roots.

Its shares bubbled up 21.6per cent, or 24p, to 135p as it added the Roots range had also been extended to include heat protection spray, conditioning spray and conditioning mask. Roots has been around for a year and is already stocked in Boots and Superdrug.

But a crash was on the cards for construction engineering firm Hill & Smith, which had 25per cent, or 368p, wiped off the value of its shares, which closed at 1102p.

It makes metal items such as road safety barriers, but hit a bump as underlying profit dropped 12per cent to £33million.