The trouble keeps piling up for estate agent empire Countrywide.

Embattled chairman Peter Long, who was forced to scrap a £20million bonus scheme for top management this week after shareholder outrage, was given another headache as fewer investors than expected showed interest in buying new shares.

The company, which owns chains such as Bairstow Eves and Frank Innes, revealed that only 72.3 per cent of the shares it had offered to the public were scooped up. 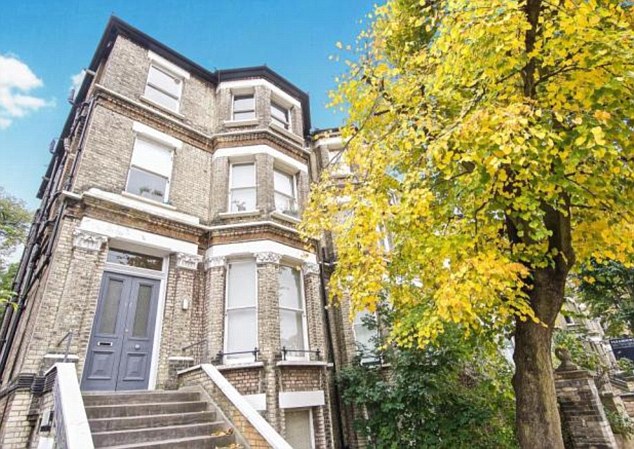 Countrywide shares: The lack of demand shows shaky confidence in the firm’s prospects

Countrywide’s shares fell by 6.8 per cent, or 0.98p, to 13.5p, making up steeper losses earlier in the day. A massive £724million, or 91.1 per cent, has now been wiped off the company’s market value since the beginning of the year.

Long’s woes at Countrywide come just weeks after he presided over one of the biggest shareholder revolts in British corporate history at Royal Mail, where he is also chairman.

More than 70 per cent of investors voted against the postal service’s pay policies, making the pay row at Countrywide even more toxic for the serial part-timer.

The issues at Countrywide, which has been battling with increased competition from online competitors and a dull UK property market, came to a head earlier this month when it announced an emergency £140million fundraising to help it stay afloat.

It said it would flog 1.4billion new shares to raise the money, at 10p each – a massive discount to the 50p price at which the shares were trading the day before the announcement.

Even with this discount, investors were steering clear. Countrywide had made 285.6million of the shares available for the public, but only 206.6million were taken up. These leftover shares will now be allocated to Countrywide’s big institutional investors, the largest of which is US giant Oaktree Capital Management.

But having to pick up this unwanted stock could weaken their appetite for the other 1.1billion shares which are being offered to institutional investors exclusively.

The results of this larger sale are yet to be announced, but The Mail understands that Oaktree has committed to buying a sizeable chunk of the shares.

Although Countrywide will get its £140million whether the stock sells or not, as its investment bank underwriters Barclays and Jefferies will pay for the remainder if needed, the lack of demand shows shaky confidence in Countrywide’s prospects.

Wood Group, which provides engineering and maintenance services to the energy industry, had a much stronger day.

Its shares climbed 7.7 per cent, or 50.6p, to 712p as chief executive Robin Watson said performance in the first half of the year was ‘at the upper end of our guidance range’. Revenue rose 13.4 per cent to £4.2billion over the first six months of the year, though earnings – which deduct the cost of goods and other sums – slipped 1.5 per cent to £202million.

Investors seemed to be focusing on the positives, such as the ahead-of-schedule integration of Amec Foster Wheeler, which Wood Group bought last year.

The company also said it was planning to squeeze more savings from the deal – at least £163million, as opposed to the £132million originally planned. Wood Group added it would sell another £156million worth of its less important business units to help pay off its debt pile.

On London’s junior market, Marechale Capital, which helps small leisure and retail companies raise money to grow, had to reconsider its direction. Shares in the company crashed 29.5 per cent, or 0.65p, to 1.55p as it revealed its revenues were down 35.5 per cent to £675,000.