Peter Plumb, the wonderfully named chief executive of takeaway firm Just Eat, is learning quickly that he can’t have his cake and eat it, too.

The ex-boss of comparison site MoneySupermarket last week announced a £50million investment plan to head off the threat of rivals Uber and Deliveroo.

Just Eat processes takeaway orders on behalf of restaurants, which deliver the food themselves. However, Plumb wants to expand on its trial with KFC and Burger King by investing in a fleet of its own delivery drivers. 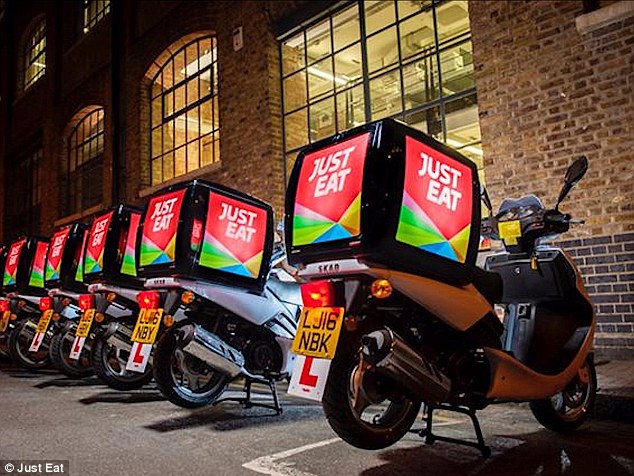 Peter Plumb, the wonderfully named chief executive of takeaway firm Just Eat, is learning quickly that he can’t have his cake and eat it, too

But as he is finding out, keeping investors and brokers happy while trying to grow the company is a tough task.

Analysts at Deutsche Bank delivered Just Eat a downgrade from ‘Hold’ to ‘Sell’ on the basis that the investment plans will hit profitability. It also cut the firm’s target price from 830p to 630p.

In a note to investors, Deutsche warned the firm ‘doesn’t have the first mover advantage’ in delivery.

It added: ‘While we think this move is strategic to defend Just Eat’s leadership position against higher competition, it will come at the expense of profitability.’

The warning hit Just Eat’s share price, which fell 5.2 per cent in mid-morning trading. By the end of the day shares were down 0.9 per cent, or 6.8p, at 781.6p. It means the firm’s shares have fallen 8.2 per cent since the plans were announced last Tuesday. 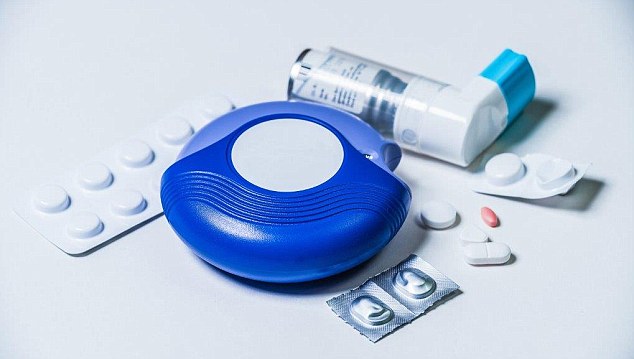 On the FTSE 250, drug makers Hikma Pharmaceuticals and Vectura suffered a setback in their quest to develop a generic version of Glaxosmithkline’s popular asthma treatment, Advair Diskus

On the FTSE 250, drug makers Hikma Pharmaceuticals and Vectura suffered a setback in their quest to develop a generic version of Glaxosmithkline’s popular asthma treatment, Advair Diskus. The US drugs regulator rejected an appeal from Hikma to stop it from having to put the drug through another clinical trial.

As a result, the drug won’t be ready to hit the shelves until at least 2020.

Life isn’t exactly a party for alcohol distributor Conviviality, the owner of Bargain Booze, at the moment. 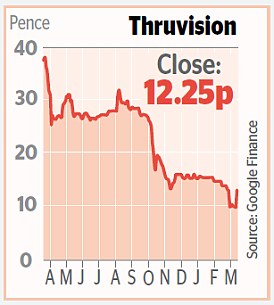 The next time a Thruvision investor walks through one of its scanners at an airport, the only thing security staff will find on them is wads of cash.

The AIM-listed company plans to give £8m back to shareholders after the sale of its video business to Volpi Capital in October.

A ‘material error’ in the firm’s forecasts last week wiped 64 per cent off the value of its shares.

Now it has been hit with a double downgrade by analysts Investec, who cut its rating from ‘Buy’ to ‘Hold’ and reduced its target price from 455p to 120p.

Despite this, the analysts believe last week’s profit warning is not a sign of deep, underlying problems at the company.

In a note it said: ‘The reasons behind Conviviality’s profit warning are operational and fixable and we understand management has already put corrective actions in place.’ Shares rebounded 6.3 per cent, or 6.8p, to 114.8p.

WANdisco’s Fusion live data platform, which replicates firms’ data so employees can access it anywhere, will be sold as a package with Microsoft Azure, which allows the transfer of large sets of data.

David Richards, the chief executive of WANdisco, said: ‘This is another exciting development in our relationship with Microsoft and significantly expands our sales channel opportunities.’

Analysts at Peel Hunt said the move could be the first step in WANdisco’s platform becoming a ‘Microsoft-owned asset’.

It told investors: ‘We believe there are several key insights to be gained from the announcement including immediacy of the pipeline and the magnitude of the opportunity, all solidifying our positive stance towards WANdisco.’