The troubled retailer was bitten by rising staff costs and its decision to slash prices, reporting a 16.6 per cent slide in profit to £79.6million for the year ending March 29.

But a dearth of qualified vets in the UK means it has been forced to scale back the roll-out of lucrative new veterinary practices from 40 this year to between 20 and 25.

Pets At Home is in the middle of a three-year turnaround plan to make it more competitive as it battles tough online rivals.

This includes using its vast pet data to target products to customers, as well as offering them advice about looking after their furry friends. 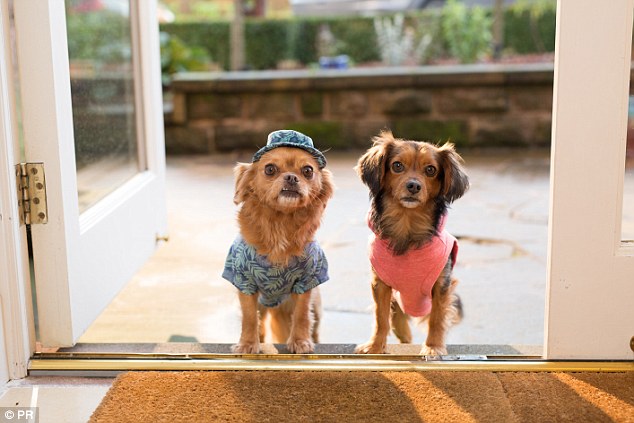 Pets at Home has been bitten by rising staff costs and its decision to slash prices, reporting a 16.6 per cent slide in profit to £79.6m for the year ending March 29

New chief executive Peter Pritchard insists the turnaround is working, despite the results, saying: ‘More customers are coming back to shop with us and we are committed to returning the business to profit growth.’

George Salmon, an analyst at Hargreaves Lansdown, believes Pritchard has his hands full as he tries to revive the ailing retailer.

‘Pets has bumped up against the side of the tank a bit earlier than it expected and is only adding the odd new superstore here and there,’ Salmon said. Shares slumped 13 per cent, or 20.6p, to 137.4p. 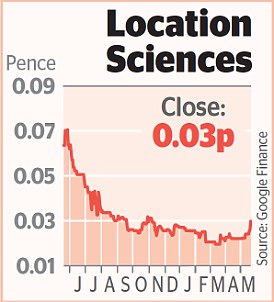 Location Sciences hit the right spot as it boasted of an ‘influx’ of new clients.

It said: ‘The directors believe location verification, with its immediate value proposition for brands and media agencies, will become an increasingly large part of Location Sciences as this market grows.’ Shares soared 17.3 per cent to 0.03p.

Investors wolfed down shares in Greencore, the world’s largest sandwich maker, despite it reporting an £18.1million pre-tax loss in the six months to March 30.

The loss was mainly down to its once-failing US arm, although Greencore attempted to stop the rot in a restructure earlier this year. Shares rose 5.1 per cent, or 7.95p, to 164.6p.

Provident Financial shares marched higher after Barclays analysts said the doorstep lender was ‘on the road to recovery’.

The FTSE 250 credit provider has had a disastrous 12 months, having to deal with a botched IT upgrade and probes by the City watchdog into its credit card and car finance arms.

But Barclays believes its shares, which rose 3.7 per cent, or 24p, to 679.2p, look cheap compared to its earnings.

On AIM, shares in Scottish renewable energy firm Atlantis Resources took off after it raised £20million to fund a deal to buy and convert the Uskmouth power plant in South Wales, pay down debts and to boost its working capital.

Avacta Group shares rocketed 20.3 per cent, or 6p, to 35.5p, after its antibody alternative treatment yielded positive results in a study, showing it can be used to fight diseases such as cancer.

An 11 per cent year-on-year increase in revenues in the first quarter pushed up shares in Clear Star, which provides background check software, up 7.5 per cent, or 3.5p, to 50.5p.

It has a number of major clients, including Hilmar Cheese Company, one of the world’s largest cheese makers, and business jet maker Gulfstream Aerospace Corporation.