Quality tester Intertek may not be the FTSE 100’s best-known company but, as the quality tester behind conglomerates such as Unilever and Kraft, it’s a heavy hitter.

Yet its shares sank 9.8per cent, or 574p, to 5296p, as it failed to report the kind of growth that investors were hoping for.

Revenue was up 3.9per cent, to £1.3billion, ignoring the effect of currency swings, although in actual terms this constituted a fall of 1.8per cent. 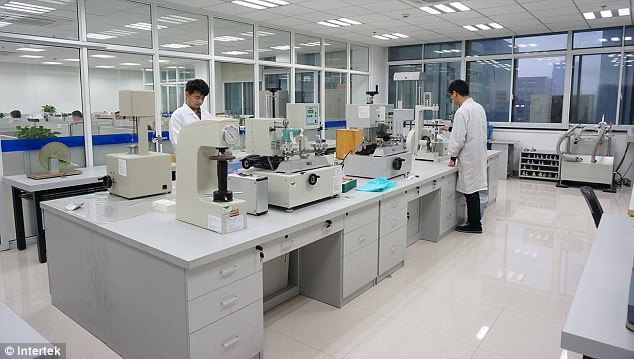 Quality tester Intertek may not be the FTSE 100’s best-known company but, as the quality tester behind conglomerates such as Unilever and Kraft, it’s a heavy hitter

Though investors reacted badly, AJ Bell’s investment director Russ Mould said this was against the backdrop of ‘a recent strong run for the shares and a premium valuation’.

He noted that revenue from products testing firms – and in turn, the profit and cash flow – is relatively predictable as it is often driven by regulation and the stock is still a relatively safe bet.

Intertek reaffirmed its own confidence as it announced a new, more generous dividend policy and hiked the mid-year payout by 35.7per cent to 31.9p per share – a total of £51million.

But organic revenue, which strips out the impact from any acquisitions, was still down by 2.3per cent. Intertek blamed currency headwinds and weaker performance in the trade and resources businesses.

Elsewhere in the blue-chip index, Intercontinental Hotels Group, which also owns Holiday Inn and Crowne Plaza, dipped 3per cent, or 142p, to 4607p.

Though its results were in line with expectations, with total revenue up 8per cent to £1.6billion, investors were disappointed that pre-tax profits fell back 15per cent. 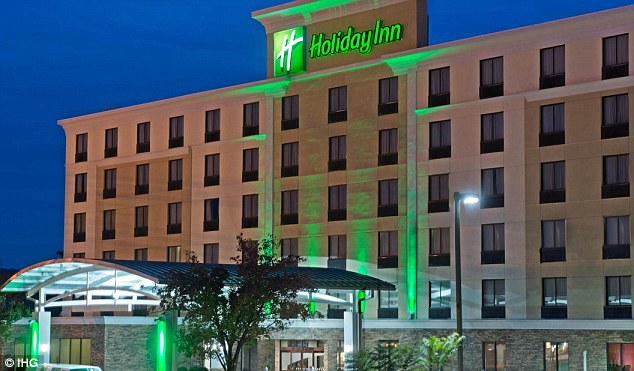 Elsewhere in the blue-chip index, Intercontinental Hotels Group, which also owns Holiday Inn and Crowne Plaza, dipped 3per cent, or 142p, to 4607p

George Salmon, an equity analyst at Hargreaves Lansdown, said: ‘There’s still the possibility of a nasty wake-up call in the future should the Chinese or American economies hit the skids.’

The FTSE 100 ended up 0.7per cent, or 54.70 points, at 7718.48, as weakness in the US dollar helped lift commodities prices and boost the resources sector, which accounts for 22per cent of the index.

Silence Therapeutics, which creates medications to cure life-threatening illnesses, is under siege.

Competitor Alnylam Pharmaceuticals is about to get EU marketing authorisation for its patisiran medication, after the UK drugs regulator granted the treatment a ‘positive scientific opinion’.

Silence has said patisiran is a copy of its own work, and is seeking an injunction to prevent it being distributed. A decision is due in 2019. Shares fell 2.2per cent, or 2.5p, to 115.75p. 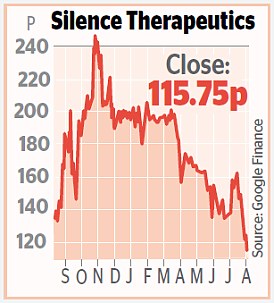 Usually, strength in the pound which corresponds with a lower dollar holds back the FTSE 100, as companies with exposure to the US benefit less from the currency play.

But the shift across the pond seemed to improve investors’ risk appetite for the UK’s biggest stocks, according to Accendo Markets’ head of research Michael van Dulken.

Foam manufacturing company Zotefoams, which creates the padding for a huge proportion of the world’s chairs and has been one of the FTSE All-Share’s stellar performers in recent years, was a little squeezed as it released half-year results.

Shareholders at plastics company Carclo were also disappointed, having got their hopes up for a grand takeover of the company.

Carclo revealed last month that it had been approached by medical equipment manufacturer Consort Medical, but said it dismissed the offer as it ‘in no way reflected the fundamental value of the company’.

Carclo’s shares had risen 45per cent in anticipation of another bid being made, but they plummeted back 20.4per cent, or 24p, to 93.5p yesterday as Consort confirmed it was walking away from any deal.

But recruiter Harvey Nash showed how beneficial a takeover approach can be, after its value rose after a £98.7million bid from asset manager DBAY. Harvey Nash recommended that its shareholders approve the bid, pushing shares up 16.8per cent, or 18.75p, to 130.25p.