MARKET REPORT: Pub chains suffer a chill as the Beast from the East hits sales

Pub stocks tumbled as the Beast from the East hammered first-half results and added to a string of challenges.

Mitchells & Butlers and Marston’s both slid after announcing that the cold snap in February and March hit sales to the tune of around £15million combined.

Mitchells, which owns All Bar One, lost around £12million in sales due to the weather and revealed an 8 per cent fall in profits to £69million.

Marston’s said the weather cost it £3million as families stayed at home. However, that mostly fell on its destination and premium pubs (falling 1.8 per cent) and was offset by a 2.9 per cent sales rise at its taverns. 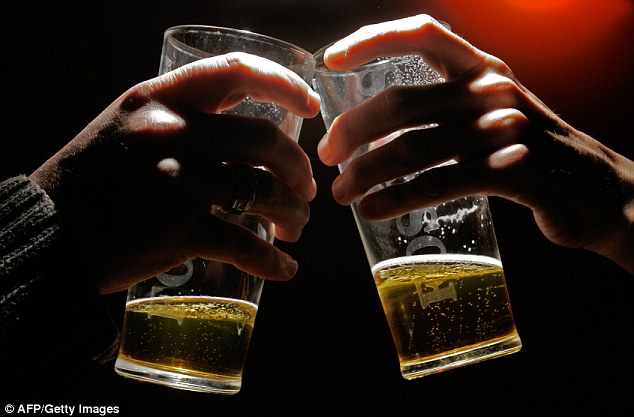 Pub gloom: Mitchells & Butlers and Marston’s both slid after announcing the cold snap in February and March hit sales to the tune of around £15m combined

Underlying profits at the firm, which owns the Pitcher & Piano chain and recently snapped up Charles Wells, rose 8 per cent to £36.3million. But it swung to a £13.4million statutory loss after writedowns.

Chief executive Ralph Findlay, 57, said he was encouraged by figures this week showing wages outstripping inflation. Sales in gin have soared by more than 50 per cent and non-alcoholic drinks are also on the up.

N+1 Singer recommend the stock, saying it stands out. Investors were unconvinced, however, amid concerns about the rough trading environment pushing up staff costs and the sugar tax. Marston’s shares fell 12.23 per cent, or 13.7p, to 98.3p. 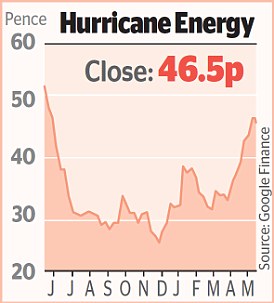 Shares in Hurricane Energy have had a turbulent time but could be set to soar on the back of its Lancaster field in the North Sea.

Yesterday boss Robert Trice announced that progress remained on budget and on schedule to start production in 2019.

The company’s discoveries have boosted optimism about the North Sea at a time of general decline.

The announcement failed to excite the market, however, with shares falling 0.9 per cent, or 0.4p, to 46.5p.

The bank’s analysts said they were ‘incrementally more negative on UK residential supply’ due to the looming price cap and tougher competition.

They said a recent meeting with the UK energy secretary Greg Clark and their breakdown of current tariffs led them to be ‘more wary’ of the impending cap.

It has been a gloomy week for Centrica – on Monday it said it lost 110,000 energy accounts in the first four months of the year.

The firm’s £1.7million boss Iain Conn then faced the wrath of investors at its annual general meeting on that day over the share price, which has slumped around 50 per cent over the past four years.

At the other end of the energy market, Horsham start-up Ceres Power, tipped by this reporter at the start of the year, had a better day.

The AIM-listed firm hopes to shake up the world’s energy provision with its hydrogen fuel cells to heat homes and power cars.

The companies plan to work together on fuel cells to help electric buses in China run for longer.

Weichai could also invest up to £40million in Ceres as part of the deal. Ceres boss Phil Caldwell deemed it a key milestone. Shares rose 7.81 per cent, or 1p, to 13.8p.

Platinum and chrome miner Tharisa also got a bump after it emerged as an early mover into Zimbabwe’s mining renaissance following the ousting of dictator Robert Mugabe.

It has bought a 90 per cent stake in the promising Salene Chrome Zimbabwe, for an undisclosed sum. It plans to spend around £2.3million scoping out the project over the next year.

Zimbabwe is promising favourable terms to miners as it tries to reboot its economy. Analysts backed the move, and the shares climbed by 1 per cent, or 1p, to 105p.