A clampdown on plastic and fears over cash generation slashed nearly £375million off the value of packaging firm RPC.

Its results follow pledges from the Government and the EU to stamp out single-use plastic products including cutlery, drinks stirrers and straws in a bid to help the environment.

Analysts have pointed out that RPC does not make any of the items covered by a ban, although that did not make investors any less nervous. 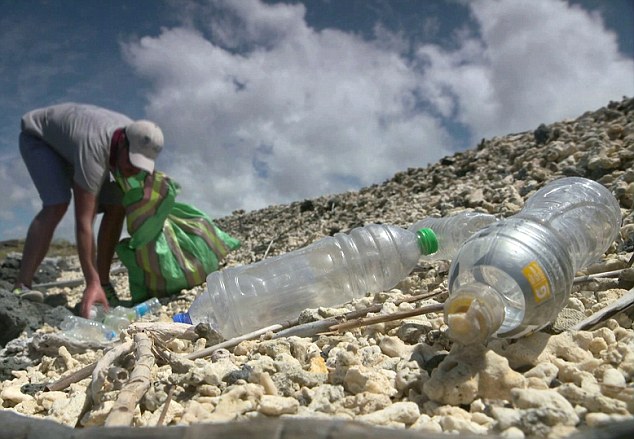 Clean up: The Government and the EU have pledged to stamp out single-use plastic products including cutlery, drinks stirrers and straws in a bid to save the environment

RPC, which is listed on the FTSE 250, says it is focusing on developing recyclable and biodegradable plastics.

Oxford Biomedica signed a deal with a US company to commercialise a gene-based therapy for Parkinson’s disease that could earn it up to £628million.

The biotech firm will receive £22million from Axovant Sciences, with the rest to come once certain milestones, such as getting regulatory approval and hitting sales targets, are hit. 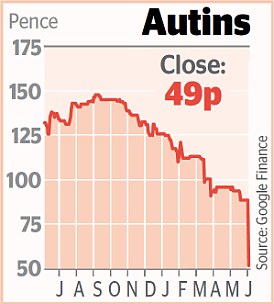 A profit warning has hit shares at Autins.

The car component maker expects full-year revenue and profit to come in well below expectations due to falling demand from customers.

‘Before this new business can come into live production, we have near-term challenges with lower demand in the UK.’ Shares dived 40.2 per cent, or 33p, to 49p.

Back on the FTSE 250, analysts at Liberum were feeling trigger happy, dishing out downgrades to transport group Stagecoach as well as property firms Rightmove and ZPG, the owner of Zoopla.

The broker cut Stagecoach’s rating from ‘buy’ to ‘hold’ due to fears over its struggling bus divisions.

In a note, Liberum said: ‘With little prospect of rapid progress in its bus divisions and significant doubts about the potential profitability of future rail franchises, a more cautious stance is warranted.’ Shares slipped 2.5 per cent, or 3.5p, to 139.2p.

Investors were clearly feeling generous yesterday as they dished out millions of pounds to cash-hungry firms.

Struggling carpet seller Carpetright raised £60million as it continues its battle to stay afloat. The fund-raising is part of a turnaround plan that will see it close 92 shops. Shares dropped 4.6 per cent, or 1.6p, to 33.4p.

Plans to raise £1million caused shares in cake decorator Real Good Food to crash 15.8 per cent, or 1.5p, to 8p. The AIM-listed firm wants the cash to boost its working capital.

Gambling software firm GAN reiterated its plans to launch internet sports betting in New Jersey and Pennsylvania in the wake of the US Supreme Court’s decision to lift a long-standing ban. Shares leapt 12.5 per cent, or 6.75p, to 60.75p.

Savannah Petroleum shares ticked up 4.8 per cent, or 1.5p, to 32.5p after it said it had discovered oil at a well in Niger, central Africa.

Harvey Nash shares hit a four-year high after the technology recruiter reported a 7 per cent increase in gross profit for the quarter ending April 30. Shares shot up 8.7 per cent, or 9.25p, to 115.25p.