MARKET REPORT: Unloved British stocks get backing of US analyst

International investors have been urged to pile back into Britain amid a deal-making frenzy and undervalued share prices.

Morgan Stanley analysts said that although they expect the economy to slow this year due to uncertainty ahead of Brexit, UK stocks are unnecessarily unpopular and deserve more attention.

They argue that US and European shares have surged ahead of Britain. Now that more deals are happening and pushy activist investors are wading into the London market to shake up sluggish companies, Morgan Stanley believes a rethink is needed. 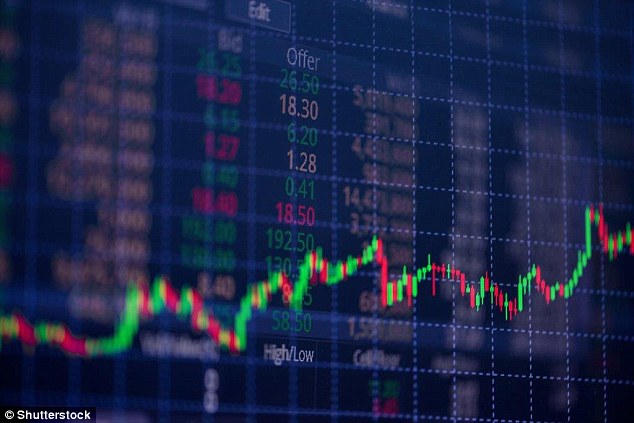 ‘The UK market remains unloved and undervalued and should benefit from higher commodity prices and rising corporate activity,’ analysts said.

‘It is a fertile ground for stock pickers, given a combination of low valuations and increasing corporate activity and activism.’

Others include Barclays, which is being targeted by activist investor Edward Bramson and was off 1.2per cent, or 2.55p, at 211.9p, and hip replacement maker Smith & Nephew, which is facing a campaign from hedge fund Elliott Advisors and rose 0.6per cent, or 8p, to 1306p. 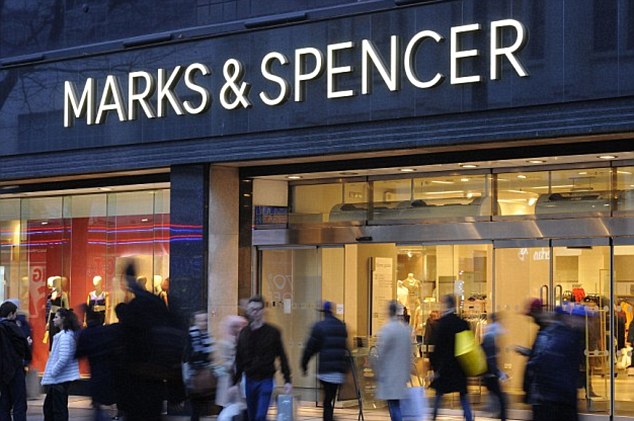 Marks & Spencer is also popular with Morgan Stanley, although shares yesterday dipped 1.3per cent, or 3.7p, to 289.6p after a separate ratings cut from HSBC

Marks & Spencer is also popular with Morgan Stanley, although shares yesterday dipped 1.3per cent, or 3.7p, to 289.6p after a separate ratings cut from HSBC.

The fall came as the pound strengthened, meaning the index’s many international stocks are less valuable because their profits are lower when changed into sterling from foreign currencies.

Drug company Indivior has settled a patent row with a US rival that wants to make a knock-off of its heroin substitute.

Indivior – which develops products for recovering addicts – took legal action against Par Pharmaceutical after it sought to develop a generic version of the Suboxone medicine.

The pair have struck a deal which will allow Par to sell its own version in 2023. 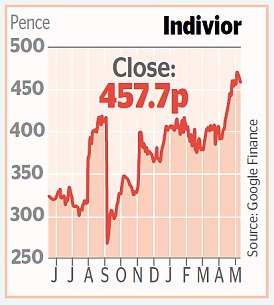 Among the top risers bucking the trend was caterer Compass Group, which climbed 1.2per cent, or 17.5p, to 1525.5p following an upgrade from Bernstein.

Researchers argued that wages will rise across the labour market this year, meaning there will be higher demand for the outsourcing services offered by Compass.

They see shares hitting 1750p, and expect a £1billion special dividend next year.

Funeral firm Dignity was also on the up after announcing revenue of £95.1million for the first quarter of 2018, up 2per cent on a year earlier.

Dignity said in January that it would slash the price of its cheapest funerals dramatically to compete more effectively in an increasingly tough market. Shares climbed 2.4per cent, or 29p, to 1245p. At the other end of the market, ITV slipped 2.3per cent, or 3.9p, to 168.1p and was one of the Footsie’s biggest fallers following speculation over the weekend that it will be the hardest-hit broadcaster in a crackdown on junk-food advertising.

Another TV firm under the cosh was Entertainment One, which dropped 4.1per cent, or 12p, to 282p.

EOne – best known for children’s series Peppa Pig – announced that political drama Designated Survivor has been killed off by US network ABC.

The firm is looking for a partner to continue the programme.

These woes were dwarfed by drama in small cap-land, where vending machine supplier Uvenco was walloped after a disastrous trading update. It said a severe revenue slump had forced it to rely on a £1million loan that has been almost entirely used up.

The AIM-listed firm is in talks to sell its vending arm Uvenco Limited and franchise operation Snack-in-the-Box. Shares plunged 50per cent, or 1.25p, to 1.25p.