The announcement comes one day after the beleaguered retailer confirmed it is extending its store closure programme from 60 to 100 outlets.

The profits figure, which compares to £176.4million last year, was dragged down by £321.1million in costs linked to a store closure programme. 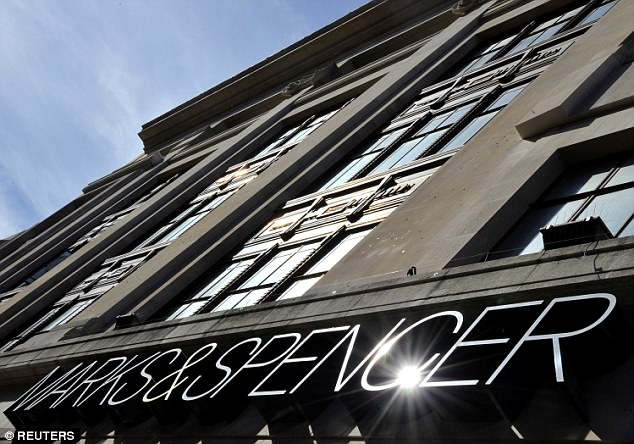 Marks & Spencer has reported a 62.1 per cent fall in annual pre-tax profits to £66.8million

The retailer’s troubled clothing arm, which includes womenswear, saw like-for-like sales fall by 1.9 per cent in the year. Comparable food sales were down 0.3 per cent.

Chief executive Steve Rowe said: ‘At our half-year results in November I outlined the need for accelerated change at M&S.

‘The first phase of our transformation plan, restoring the basics, is now well under way and the actions taken have increased the velocity of change running through our business. These changes come with short term costs which are reflected in today’s results.’

He added: ‘There are a number of structural issues to address and we are taking steps towards fixing these.

‘The new organisation will largely be in place by July and the team is now tackling transforming our culture to make M&S a faster, lower cost, more commercial, more digital business.

‘This is vital as we start to leverage the strength of the M&S brand and values across a family of businesses to deliver sustainable, profitable growth in three to five years.’

The M&S stores earmarked for closure in the next year

But Martin Lane, managing editor of money.co.uk, said: ‘M&S simply haven’t been able to keep up with the times and this is really affecting their profits. This should be a huge wake up call for the company and with the culling of so many stores and staff it evidently is.

‘The high street in general is suffering, not just M&S, so it’s easy to see why they are focusing on getting their online offering up to scratch and giving consumers what they want.

‘Their signature luxury products are being undercut by bargain supermarkets at a fraction of the price. Shoppers expect quality and convenience for less than ever before, and M&S just aren’t offering that at the moment.’

The financial results come one day after M&S said it is to close more than 100 stores by 2022 as it accelerates a transformation programme that will see thousands of jobs put at risk.

The closures will affect its clothing and home stores, which have underperformed for years. M&S named 14 stores earmarked for closure, with 872 employees affected.

The move is part of a five-year turnaround plan spearheaded by chairman Archie Norman and Mr Rowe.

They have been seeking to save costs through store closures and shutting distribution centres as part of a wide-ranging efficiency drive as the company’s financial performance deteriorates. 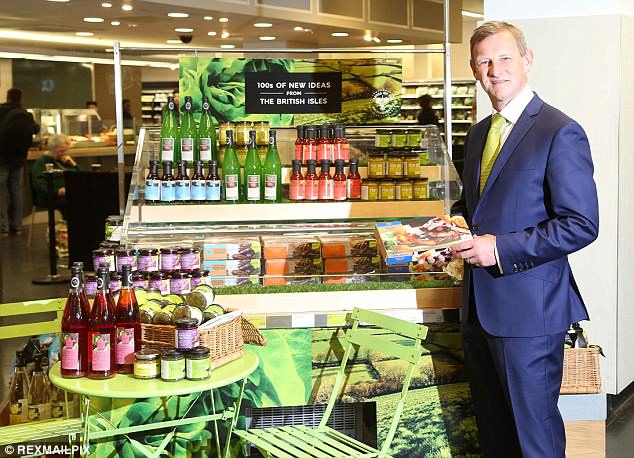 The company is dramatically reducing the number of general stores to reflect the fact that customers are switching to online shopping.

Shoppers expect quality and convenience for less than ever before, and M&S just aren’t offering that at the moment

It is feared the closures will be disastrous for town centres as M&S is considered essential in attracting consumers and boosting trade for other stores.

High streets are already facing a threat with the loss of chains such as BHS and Toys R Us. House of Fraser, Carpetright and New Look are also planning to close shops.

At the same time, restaurant chains including Jamie’s Italian, Carluccio’s, Byron and Prezzo, are shutting outlets.

The increased M&S closure figure includes 21 branches that have already been shut since November 2016. 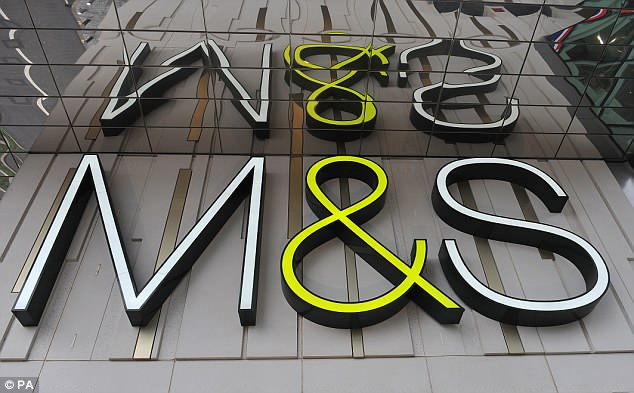 At the end of March this year, the retailer had 300 general stores selling clothing, homeware and food, plus 696 Simply Food branches and 39 Outlet stores.

The chain yesterday named the next 14 clothing and home stores that will close, or are proposed for closure, in 2018/19.

They include Bayswater in West London, and outlets in Fleetwood, Lancashire, and Newton Abbot, Devon – which will all be shut by the end of July. Branches in Clacton, Essex, and Holloway Road, North London, will close by early 2019 as new Simply Food stores open nearby.

The other nine are in Darlington, East Kilbride and Falkirk in Scotland, Kettering in Northamptonshire, Newmarket in Suffolk, New Mersey Speke in Liverpool, Northampton, Stockton-on-Tees, and Walsall in the West Midlands.

Sacha Berendji, M&S retail director, said the closures were ‘vital to the future of M&S’ and would make it ‘more relevant to our customers’. The company said it hopes to redeploy more than 600 staff before considering redundancies.

The turnaround King brought in from Asda

Last year he was appointed as chairman of Marks & Spencer.

Mr Norman was credited with saving Asda from bankruptcy and has also been chairman of ITV and fund manager Lazard London.

His new job marked the latest change to the top team at the retailer, where struggling clothes sales have dented profits.

He was chief executive of the Tory party and MP for Tunbridge Wells for eight years, stepping down in 2005.

In November Marks and Spencer announced a wide-ranging restructure amid falling profits.

The former shop boy who rose to be the boss

Chief executive Steve Rowe started at the bottom of M&S.

He started with M&S aged 15 as a Saturday boy in Croydon and on leaving school aged 18 he became a trainee at Topshop.

After four years he rose to store manager but felt the pipeline for promotions was sparse, so he joined M&S as a commercial management trainee.

Rowe worked at various branches including London’s Marble Arch and then moved to head office where he has worked for every part of the business.

He became director of food in October 2012.

In 2016 he became M&S boss but has been tasked with having cut jobs and stores as its profits have started to suffer in recent years.