Pub groups Marston’s and Mitchell & Butlers have seen their share prices suffer today after revealing that mounting costs and poor weather had taken their toll financially.

Marston’s share price is down nearly 10 per cent, while All Bar One owner Mitchell & Butler’s is down more than 5 per cent, having recovered slightly from bveing 7 per cent down this morning.

Chris Wickham, an analyst at Equity Development, said: ‘While both pub groups appear confident about the full-year outlook, it’s clearly still tough out there, so I wouldn’t be surprised to see more consolidation across the sector over the coming 12 months.’ 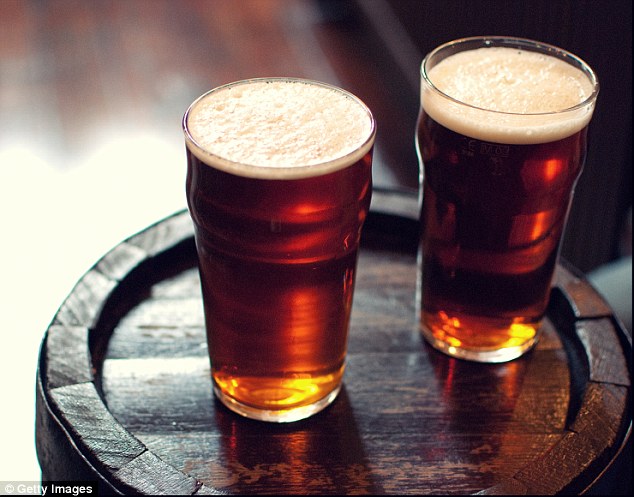 Poor performance: Marston’s share price is down nearly 10 per cent, while All Bar One owner Mitchell & Butler’s is down over 5 per cent

In its first half, Mitchells & Butlers saw its pre-tax profits fall by 8 per cent to £69million.

Rising costs for staff, business rates, energy bills and food and drink all took their toll on the group’s finances, as did the need to offer customers deeper discounts in the face of greater competition in the market.

Like-for-like sales rose by 1.6 per cent in the 28 weeks to 14 April, but would have been 2.5 per cent higher with the impact of the snow disruption taken out of the equation, the group said.

Mitchells & Butlers said: ‘In this uncertain environment and in the face of unrelenting cost headwinds, our focus remains on delivering our strategy with the aim of returning the company to profitable growth.’ 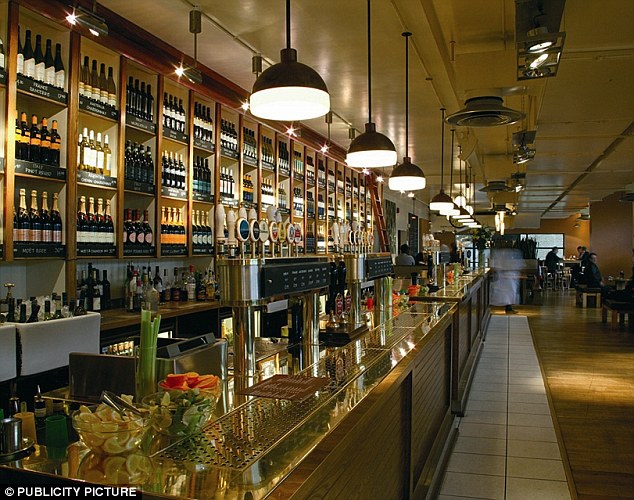 Feeling the pinch: Mitchells & Butlers said poor weather in February and March cost the company around £12million in lost sales

Marstons, which owns the Two For One and Pitcher & Piano chains, saw sales across its destination and premium pub sites fall by 1.8 per cent in the first half, with customers opting to stay at home during the cold snap.

On an underlying basis, the group’s pre-tax profits increased by 8 per cent to £36.3million.

Marston’s said it expects to deliver growth in revenues and underlying profits over the full year, while Mitchells & Butlers said sales had been strong since the first half, leaving them up 1.4 per cent on a like-for-like basis overall in the 32 weeks to 12 May.

Ralph Findlay, chief executive of Marstons, said: ‘We are pleased to report another period of good growth in revenue and underlying profit before tax.

‘Strong trading in Brewing and Taverns and Leased pubs offsets the adverse impact of poor weather on ‘drive-to’ pubs in our Destination estate, further validating the resilience of our model.

‘We have made modest and prudent adjustments to our capital plans to reflect the current economic and consumer climate.

‘However, Marston’s is a balanced business and we are confident that the medium-term outlook for the eating-out and wet-led pub sectors remains good and that targeting an increased profitable share of a growing market through an unremitting focus on quality, service, standards and value for money remains key.’