Industrial turnaround specialist Melrose has stepped up its takeover bid for UK engineering giant GKN by pledging to inject £1billion into the company’s pension fund.

The firm said the money represented almost twice the amount of GKN’s plans to reduce the deficit in the scheme.

The move, which comes after GKN rejected Melrose’s final offer of around £8.1bn, could allay concerns from the pensions watchdog and MPs, who have called for the deal to be blocked. 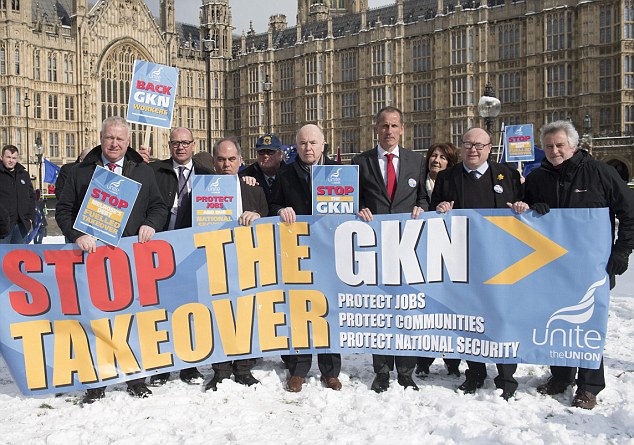 The Pensions Regulator had previously warned that the deal which would have seen Melrose invest £150million in cash into the GKN pension scheme could weaken the firm’s ability to meet its pension obligations.

Melrose chairman Christopher Miller said: ‘The proposal we have made to the trustees of up to £1 billion of contributions under our ownership is a clear example of what Melrose does which is good for pensioners and shareholders alike and shows we are a good custodian for all stakeholders.

GKN shareholders will decide on March 29 whether to accept Melrose’s bid for the company, concluding a two month takeover battle.

Some shareholders have already said they plan to reject the offer, arguing that the price undervalues the engineering firm.

GKN is also trying to fend off Melrose’s offer with a $6.1bn deal to merge its automotive business with US firm Dana Incorporated, a move that would leave GKN more focused on its aerospace division.

Miller accused GKN of putting forward ‘hastily-assembled and ill-considered proposals’ to fend off Melrose which he claimed would ‘destroy’ potential value and add significant risk for shareholders and in the underlying businesses, while Airbus, GKN’s largest customer, said it would be ‘practically impossible’ to give new business to GKN if the deal went ahead.

‘By accepting the Melrose offer, GKN shareholders will keep the potential value of all the GKN assets as majority owners of a much larger business and a management team with a clearly superior track record,’ he said.

‘Unless they accept our offer, GKN shareholders will end up with shares in an aerospace business overburdened with up to £3billion of pension liabilities upon the planned disposals, and a minority shareholding in a Dana-managed Driveline business without a UK primary listing, which many won’t be able to hold.’

Officials from the Unite union will press Melrose on how it will fund the pension injection and the timeframe, when they meet the company in London today.

Unite’s assistant general secretary Steve Turner said: ‘Melrose’s bosses have been far from clear about the detail of their true intentions for GKN beyond vague platitudes and soundbites.

‘Question marks remain around the levels of debt Melrose will pile on the company and what it means for jobs, long-term investment and product development.’ 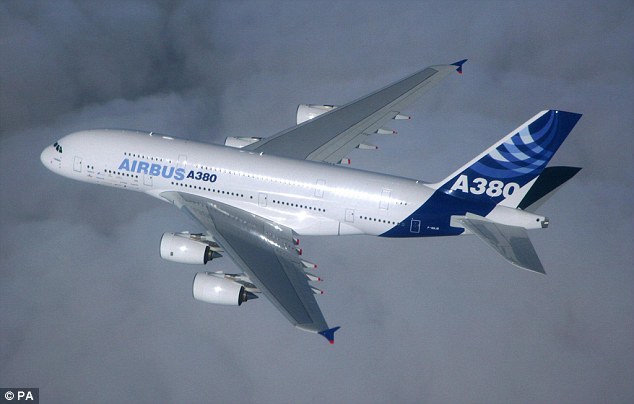 Under threat: Airbus, GKN’s largest customer, said it would be ‘practically impossible’ to give new business to GKN if the deal went ahead

GKN also makes parts for planemaker Boeing, as well as parts for Volkswagen and Ford cars.

It is one of the UK’s largest industrial firms, employing more than 59,000 people globally including 6,000 in the UK.

Melrose specialises in buying up industrial companies and restructuring them before selling them on.

That has raised fears that GKN could be broken up and sold to overseas owners.

Under the terms of Melrose’s offer, GKN shareholders would receive 81p in cash and 1.69 new Melrose shares for each GKN share they hold.