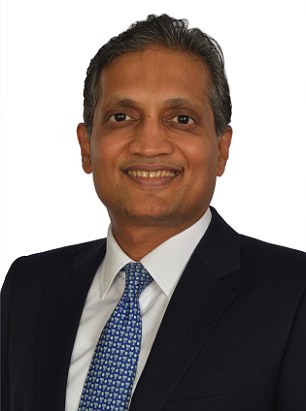 The Ashoka tree is recognised throughout India as a sacred species with health-giving, life-enhancing properties. Ashoka the Great was one of India’s most powerful emperors, dating back to 250BC but remembered to this day.

Now UK investors have the chance to see whether this revered name in the subcontinent will work for them, with the launch of the Ashoka India Equity Investment Trust, a new company expected to list on the stock market early next month at 100p a share.

Ashoka India is the brainchild of Prashant Khemka, a highly experienced fund manager with a track record of success.

Born and raised in Mumbai, Khemka spent ten years running a multi-billion-dollar Indian fund for top US investment bank Goldman Sachs. During his tenure the fund delivered a return of 118 per cent, outperforming its peers by a significant margin.

Now Khemka intends to do the same – or better – with Ashoka.

Indian companies have had a chequered history on the London market, often disappointing investors and failing to live up to expectations. Ashoka, however, has several advantages on its side.

Khemka has assembled a team of seven specialists with more than 80 years of experience between them. Their task is to scour the Indian stock market for undervalued, mid-sized companies with significant growth potential.

The choice is wide. The Indian stock market is one of the largest in the world with thousands of listed companies, including 800 to 1,000 that are large and established enough for Ashoka to consider.

Khemka and his team will invest in 20 to 40 firms that they believe will deliver substantial rewards in time.

Khemka is a strong advocate of long-term investing so he is looking at companies that should generate returns over a five to ten-year period. However, investors who subscribe to Ashoka now could be rewarded rather sooner. 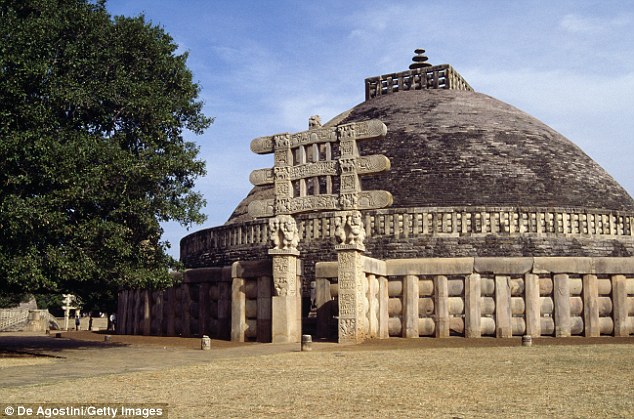 Sacred: A complex built by Emperor Ashoka. Ashoka the Great was one of India’s most powerful emperors, dating back to 250BC but remembered to this day

India is in the throes of an economic transformation. In 2010, it was the ninth largest economy in the world. This year, it will be the fifth and it is likely to move to third place in the next few years, overtaking Japan in the process.

This year alone, the Indian economy is expected to grow by 7.5 per cent, outstripping the UK, as well as the US and even China.

Prime Minister Narendra Modi has instituted a number of far-reaching reforms, the Indian middle-class is expanding fast and, as people become wealthier, they spend more. This directly benefits Indian companies, many of which are highly entrepreneurial with exceptionally hard-working staff.

Unlike many emerging market countries, India also benefits from a strong democratic tradition, an independent judiciary and robust property rights, cemented in law. 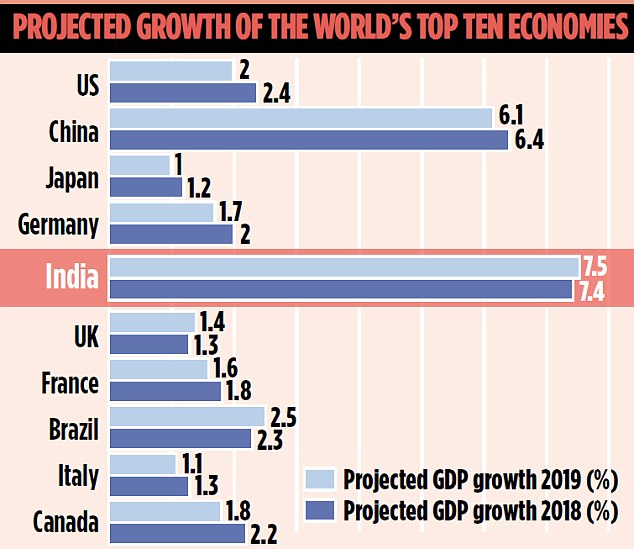 The Ashoka team are all based in India and have developed a wide network of relationships so they are well placed to find companies likely to deliver strong returns. Khemka is mindful of corruption too, steering clear of firms with weak governance, dodgy accounting methods and any hint of past misconduct.

His group is looking for firms that are clearly focused on their shareholders, and are often family-run concerns, whose founders own shares alongside other investors.

Khemka and his colleagues believe stock selection to be paramount. They expect to attend about 2,000 meetings a year, not just with managers but also with suppliers, customers, employees, regulators and policymakers – essentially anyone who might influence an individual company’s success.

Encouragingly, too, the Ashoka team do not receive an annual fee simply for managing the fund. They are only paid if they deliver sustained outperformance over several years.

Midas verdict: The Ashoka India Equity Investment Trust hopes to raise between £100 million and £200 million, listing in the first half of July at 100p a share. The shares will be offered via intermediaries, the money will be invested within the first few weeks and the shares should prove rewarding. Khemka and his team are knowledgeable, experienced and have been highly successful to date. With India going from strength to strength, Ashoka offers a good opportunity for British investors to access the Indian market.

To be traded on: Main market Ticker: Not yet assigned Contact: ashokaindiaequity.com or FTI Consulting at 020 3727 1051